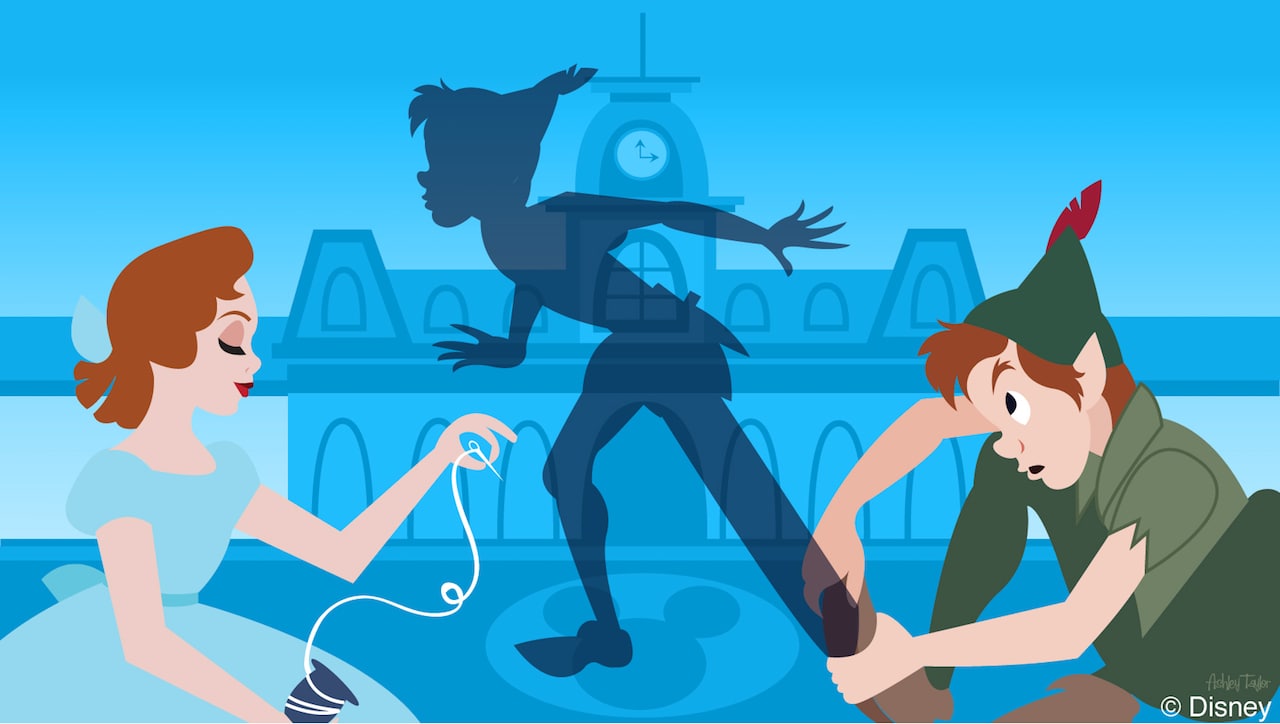 Disney Doodle: Peter Pan & Wendy Prep for a Day at the Park

This week’s Disney Doodle – our series in which artists imagine what Disney characters would do first if they visited a Disney theme park – focuses on what Peter Pan and Wendy would do if they set off on an adventure at Magic Kingdom Park.

According to designer Ashley Taylor who created this week’s graphic, she tried to think of what Peter Pan and Wendy would have to do to prepare to spend a day at the park.

“I was trying to think of characters to showcase at the Main Entrance,” she said. “I thought it would be cute to have Wendy trying to sew on Peter’s shadow so he doesn’t lose it!”