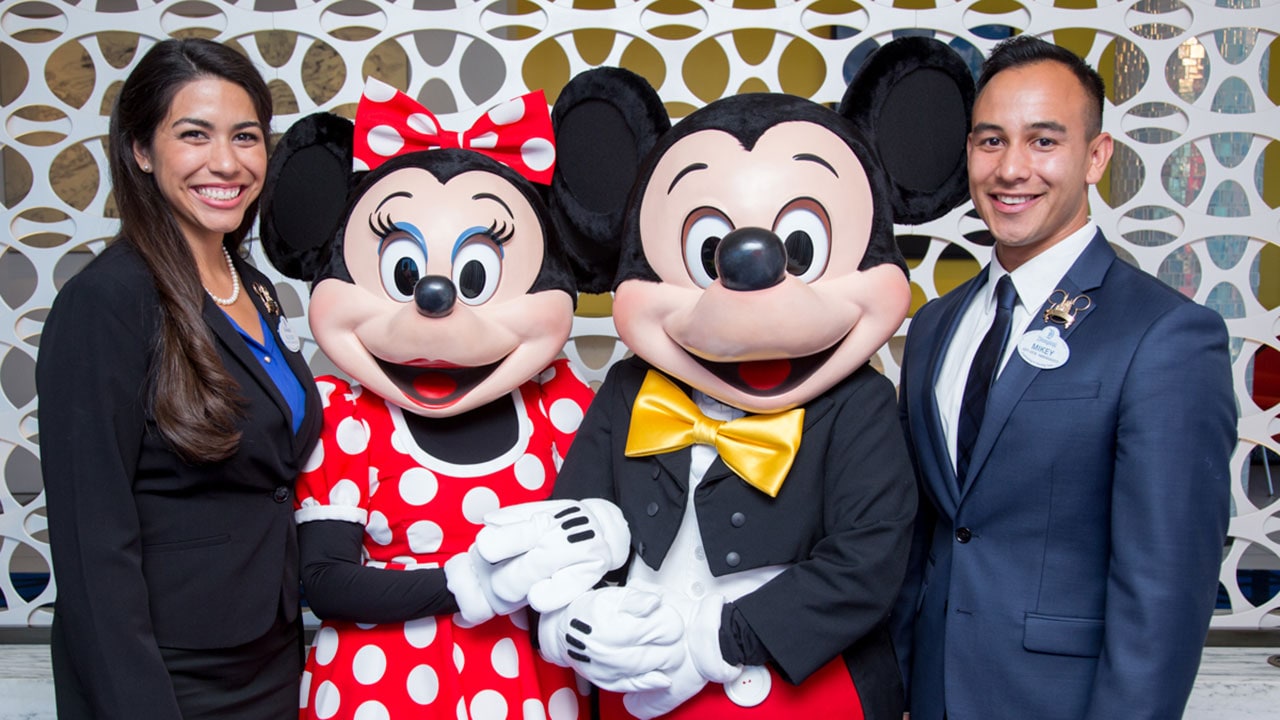 Today, during a celebratory cavalcade down Main Street, U.S.A., cast members Mikey Trujillo and Alexa Garcia were introduced as the 2017-2018 Disneyland Resort Ambassador Team, representing the Resort and its 29,000 cast members.

After a rigorous interview and selection process, Mikey and Alexa were selected to continue the tradition Walt Disney started in 1965 as support for public appearances, interviews and other special requests. The Ambassadors will spend two full years bringing the magic of the Disneyland Resort into the community and beyond as emissaries of goodwill. Also included in their full-time roles, the pair will represent the Resort at a variety of events, such as VoluntEARS activities, cast recognition ceremonies and special promotions, in addition to serving as Disneyland Resort spokespersons and hosting dignitaries and VIPs.

Mikey began his career at the Disneyland Resort in 2012, and is now a Guest Relations Host and VIP Tour Guide. He has served many local charities and organizations as a part of Disney VoluntEARS, including Giving Children Hope and the Orange County Food Bank. He resides in Anaheim, Calif., and enjoys drawing in his spare time.

Alexa began her Disney career in 2009, and is now a Guest Service Specialist at The Walt Disney Travel Company. A graduate of Loyola Marymount University, where she earned her degree in Communications Studies and Studio Arts, Garcia actively volunteered during her college career with many local nonprofits. She lives in Anaheim, Calif., and actively serves with Disney VoluntEARS.