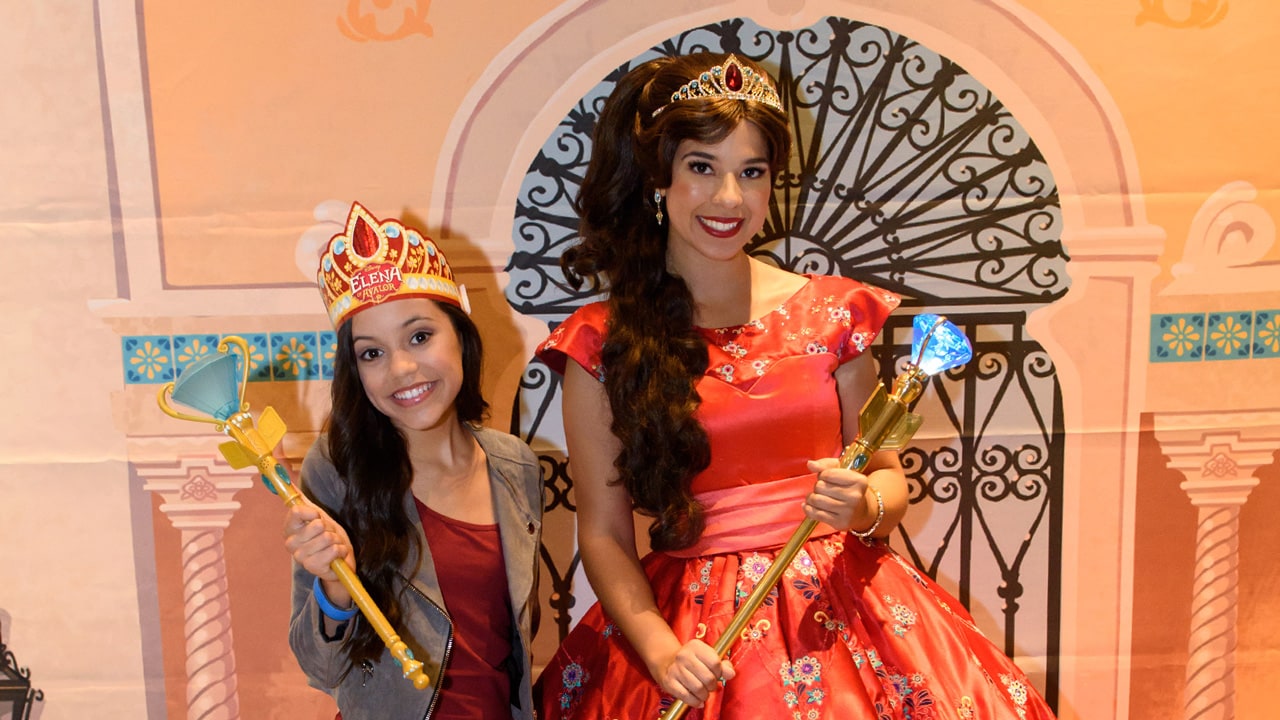 Have you heard? Disney’s newest Princess, Elena of Avalor, made her debut at Walt Disney World Resort last month. You and your tween can now actually see her on the Cinderella Castle Forecourt Stage in a limited time show, “The Royal Welcome of Princess Elena of Avalor,” at Magic Kingdom Park.

On television, you can catch Princess Elena on the “Elena of Avalor” series airing Fridays at 7:30 p.m. EDT on Disney Channel. In the series, Princess Elena has a sister, Isabel, and she’s voiced by actress, Jenna Ortega, who also plays Harley Diaz on the hit Disney Channel show “Stuck in the Middle.”

Jenna visited Walt Disney World Resort on August 11th, to help celebrate Princess Elena’s debut at the park and I seized a chance to ask her a few questions about HER favorite princess.

Q: Jenna, before Elena, who was your favorite Disney Princess and why?

A: It has to be either Cinderella or Ariel. Cinderella … because when I was younger I thought she was just so kind and so sweet. I love her story. She was kind and rewarded for it. And I just love Ariel because she’s underwater and just adorable! She’s a mermaid that doesn’t want to be a mermaid! I like the cute little names she gives random things. Like the dinglehopper! I just love her.

Q: Did you ever dress up like a Disney Princess for Halloween?

A: I dressed up as Cinderella when I was four years old. I actually asked my mom if I could dye my hair blond because I wanted to look just like her. Unfortunately, my mom said “no” so we went with a wig instead.

Q: Now that Princess Elena has been introduced, is she your new favorite Disney Princess?

A: She is! Now I have a Disney princess that I can relate to! And having a role in it is something I’m very proud of. My favorite part about the visit today was seeing all the little girls who are inspired by Elena. That was really moving. She was just introduced and she’s already touched so many young girls’ lives.

For more information on planning a trip to Walt Disney World Resort with your tween to see Princess Elena, check out www.disneyworld.com/Tweens.