I have a treat for fans of the Disney Kingdoms comic series. Earlier this summer, I shared details about a new comic series inspired by Walt Disney’s Enchanted Tiki Room. Today, I have a look at a variant cover and a preview of artwork from this new series that debuts this fall. 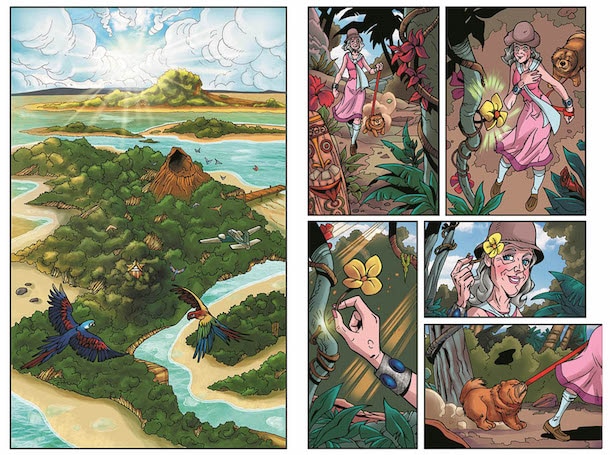 The comic series will be presented as five unique stories that take place at the Enchanted Tiki Room which is located on an isolated island. Almost anything can happen and does on the island that is populated by talking (and singing) birds and plants and ancient Tiki gods. Stories will unfold with the arrival of new visitors to the island, and the mysteries revealed may all be connected.

The “Enchanted Tiki Room” series will be written by Jon Adams. Artwork will be penciled by Horacio Domingues with cover artwork by Brian Kesinger.

The Disney Kingdoms team shared with me a few pages from the new series that include a new character named Agnes and her dog Alfred. 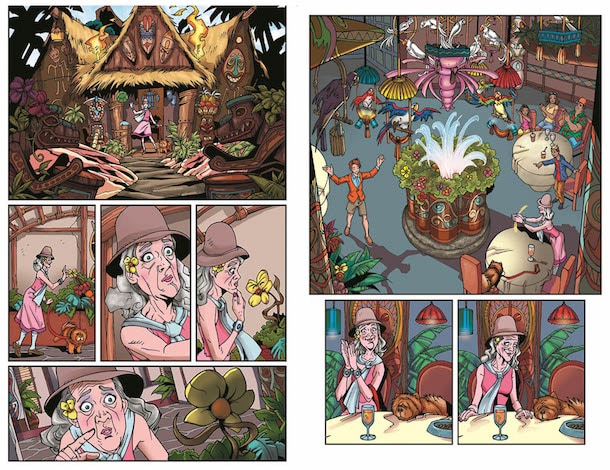 These preview pages show Agnes and Alfred entering the Enchanted Tiki Room for the first time and meeting Fritz, Pierre, Michael and Jose!

After seeing this artwork, I can’t wait to read this new series! 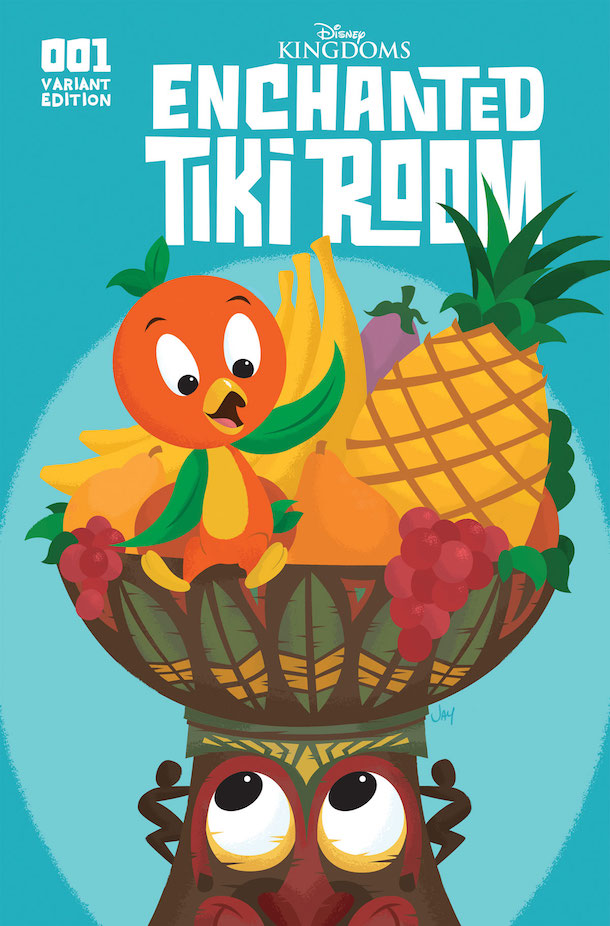