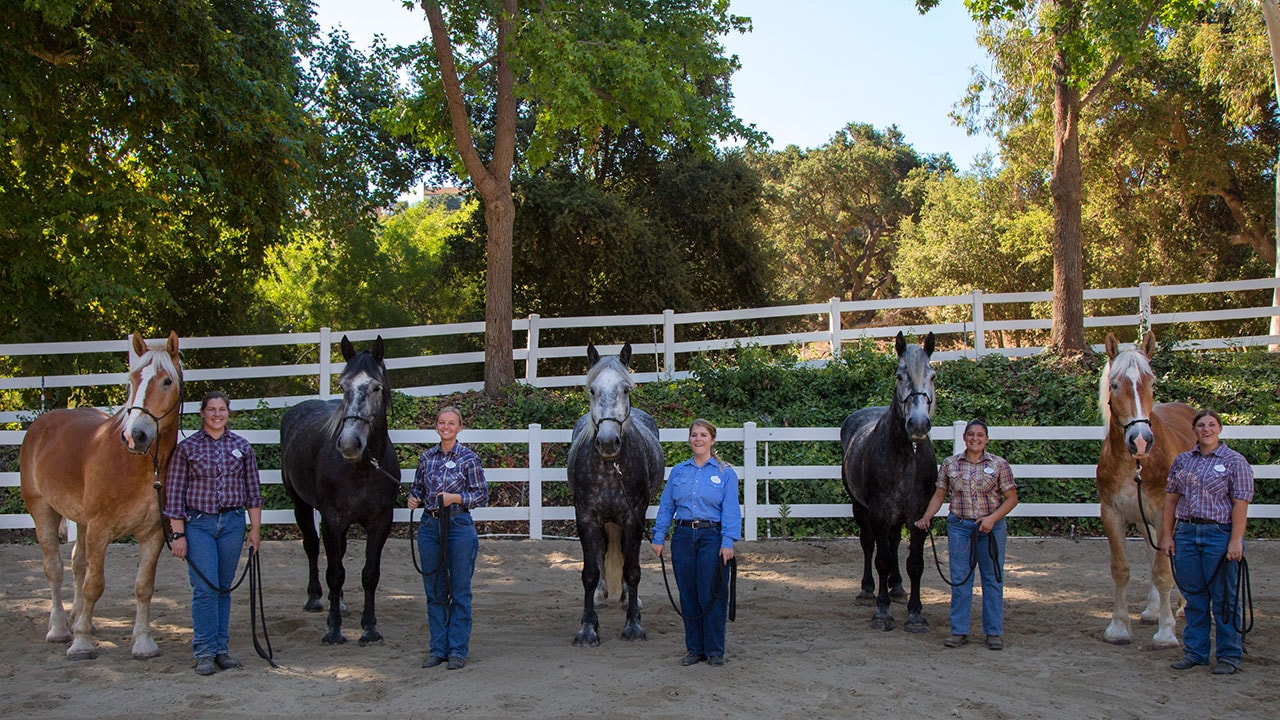 As promised, here are some details on our newest equine cast members at the Disneyland Resort. 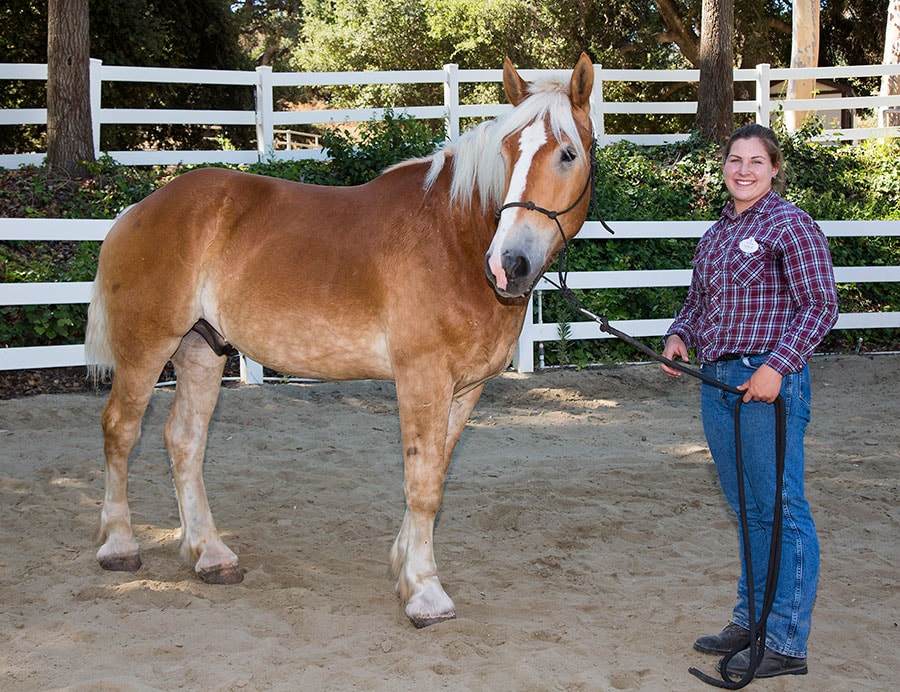 This is Bob. He’s a Belgian Draft Horse, four years old and 16.3 hands tall. He came from Montana where he pulled carriages with his teammate, Tom. Bob likes to be in charge and considers himself the leader among the new horses. 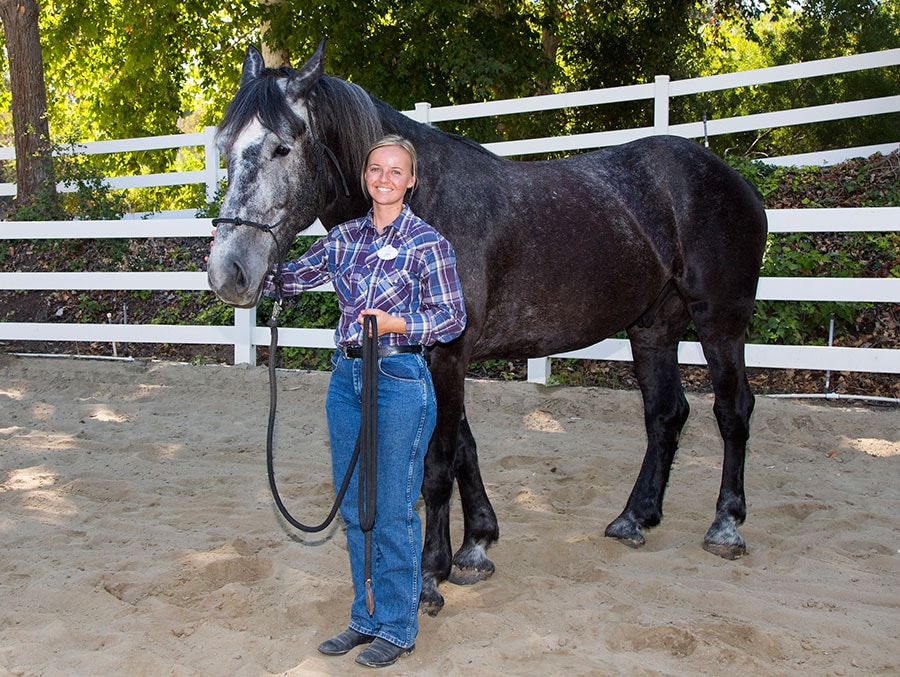 This is Chad. He’s a Percheron Draft Horse, five years old and 17.1 hands tall. He also came from Montana where he did light carriage and cart work for a family. Chad is somewhat shy, but he loves to be scratched by the human cast members. This is Val. She’s a Percheron Draft Horse, four years old and 17.0 hands tall. Originally
from a farm in Ohio, she moved to San Diego to work as a trail riding horse. Now she will become part of the Disneyland Resort special events team, pulling Cinderella’s Crystal Coach. (Look at her long, flowing tail!) This is Chief. He’s a Percheron Draft Horse, five years old and 17.1 hands tall. He’s a half-brother to Chad, and in fact they were a team together in their Montana home. He also bears a strong resemblance to fellow Percheron Val, even though they are not related. When they stand next to each other, one of the few things that set them apart is Val’s long tail. 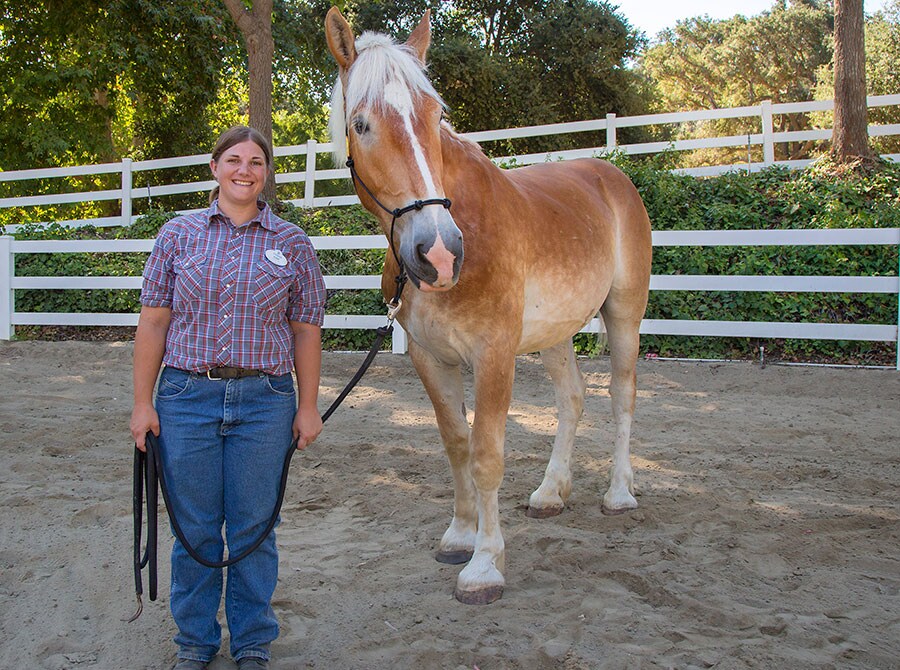 This is Tom. He’s a Belgian Draft horse, four years old and 16.3 hands tall. He came from Montana with his teammate, Bob. Tom is like a giant teddy bear, and if he had a say in things, he would spend the entire day getting hugged, loved and groomed.