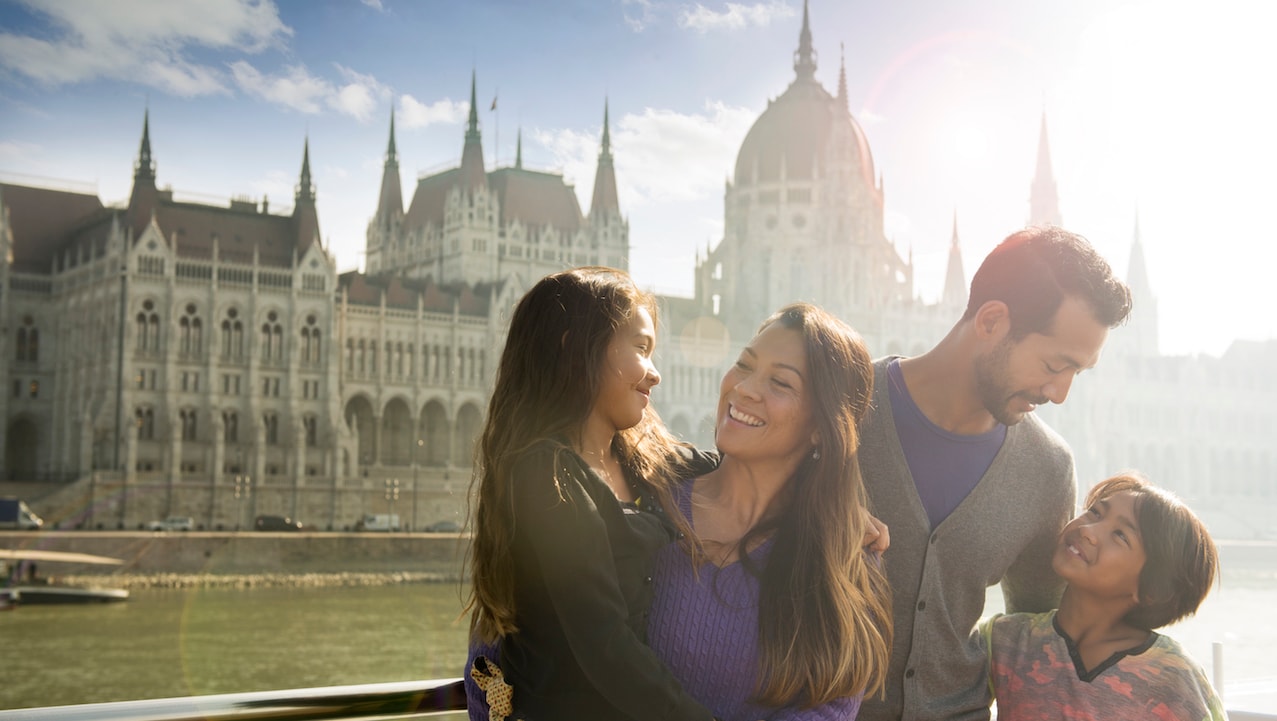 So you’re thinking about taking the kids overseas. And then you start having second thoughts. Will it be too much to manage with a family and kids? Sailing the new Adventures by Disney river cruise on the Danube proved to me that you can leave the worries behind you when you travel with Disney.

Nearly a third of the guests on the river cruise I recently sailed on were children, tweens or teens. All of the parents I spoke with raved about how fast their children bonded with one another. It’s something I’ve seen every time I’ve been lucky enough to join an Adventure. Kids of all ages have fun with each other. And, you know what? They even find the moms and dads sorta cool again. Say what? 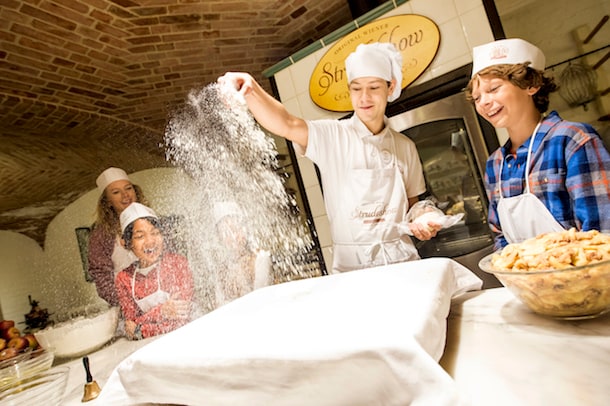 Exploring a foreign land just gets easier when you meet people you instantly click with. And I’ve lost count of the number of families I’ve met who regularly travel together with Adventure by Disney after meeting on earlier trips.

And that river cruise experience isn’t just a “tour;” it’s an adventure that neither kids nor parents will soon forget. Yes, you’ll visit palaces and landmarks, but in a completely fun and immersive way. You don’t just visit a Viennese palace; you’ll go there and learn how to make apple strudel. You’ll enter another palace through a mysterious underground entrance that was secretly used by the royal Hapsburg family. Today Adventures by Disney guests are the only ones who get to access the palace via this secret underground passage. That’s just one example of the exclusives you’ll find on this and all the other Adventures by Disney trips. And don’t be surprised if your kids grow a new affection for the arts. Ballroom dancing is way cooler when you learn it in a breathtaking, centuries-old ballroom. Believe it or not, all the kids (and adults) in our group were also spellbound by a performance Mozart’s “The Magic Flute” done with marionettes. It was just as much fun to go behind the scenes of the theater to see how it all worked and try our hands controlling the intricate puppets.

Sailing the magnificent Wachau Valley with its storybook castles, churches and villages was a highlight. Another was visiting a family apricot farm and winery where we picked fresh apricots of the trees and sampled all kinds of apricot delights. During a tour of the wine cellar, the family’s daughter treated us to an impromptu performance of an Austrian folk song. Her angelic voice soared through the cavernous brick space that offered stunning acoustics.

Perhaps the most impressive part of the trip was sailing along the Budapest waterfront at night with the city’s stunning landmarks brilliantly illuminated. There was much oohing and aahing and picture taking, as you’d expect. And I wasn’t the only one who watched as a father led his daughter in an impromptu waltz across the deck inspired by the setting and the classical music that was playing.

Relatively few times does life present these kinds of experiences that are at once grand, intimate, shared and magical. This joyful moment was not the only one that would bring people to tears on our sailing.

That’s the power of travel with Adventures by Disney. It offers magical, unforgettable experiences for every member of the family. It changes perspectives, and it brings families closer together. That’s a pretty good vacation by anyone’s measure.