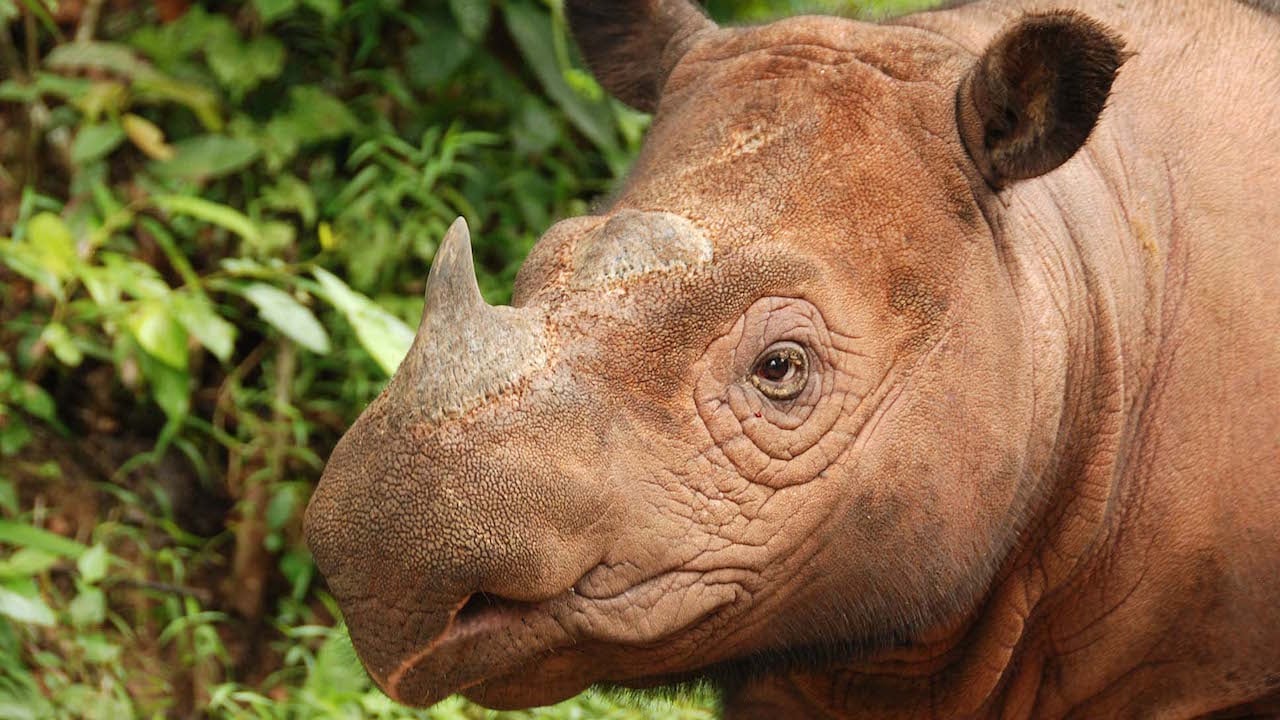 Rhinos are one of the most beloved animals on the savanna, and also among the most endangered in the wild. World Rhino Day is recognized September 22 each year, so it’s the perfect time to learn more about rhinos and how Disney is trying to help save them.

With Disney’s “Reverse the Decline and Increase the Time” initiatives, we are working hard to increase the dwindling numbers of threatened animals around the world, including Sumatran rhinos, which are found only in Indonesia and are critically endangered.

Rhinos face the double threat of habitat loss and poaching – some mistakenly believe that the horn has medicinal value, despite it being nothing more than keratin, the same substance in our fingernails and hair. 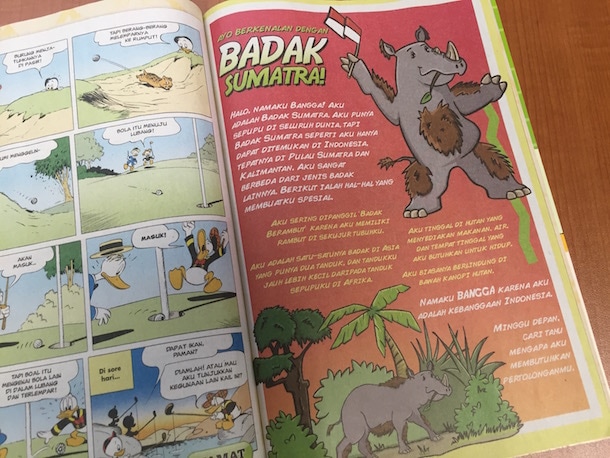 While the number of remaining Sumatran rhinos is difficult to determine, some estimate there are fewer than 100 in the wild, and that number could be as low as 50! Unlike many of the species we support, Sumatran rhinos are largely unknown. You don’t see Sumatran rhinos on television, and there are none in zoos. But there is still so much we can do!

Disney is working with the International Rhino Foundation to protect Sumatran rhinos from poachers, support research and breeding initiatives, and implement education programs to raise awareness of the species. Disney Conservation Fund grants and support from Disney’s Animals, Science and Environment team are making a difference, too.

Our cast members are also concerned about rhinos, and many volunteer their own time to make a difference. Zoological manager Chad Harmon established the Horns and Heroes Project, using art to draw attention to the challenges rhinos face. Another group of cast members recently designed activity pages for “Donal Bebek,” a widely read comic book series in Indonesia, to educate readers about Sumatran rhinos and encourage them to get involved.

At Disney’s Animal Kingdom, you can see black rhinos and white rhinos on Kilimanjaro Safaris. They are ambassadors of their species, hopefully inspiring us all to learn more and take action.

Visit DisneyAnimals.com to learn more about rhinos and the actions you can take to help save them.