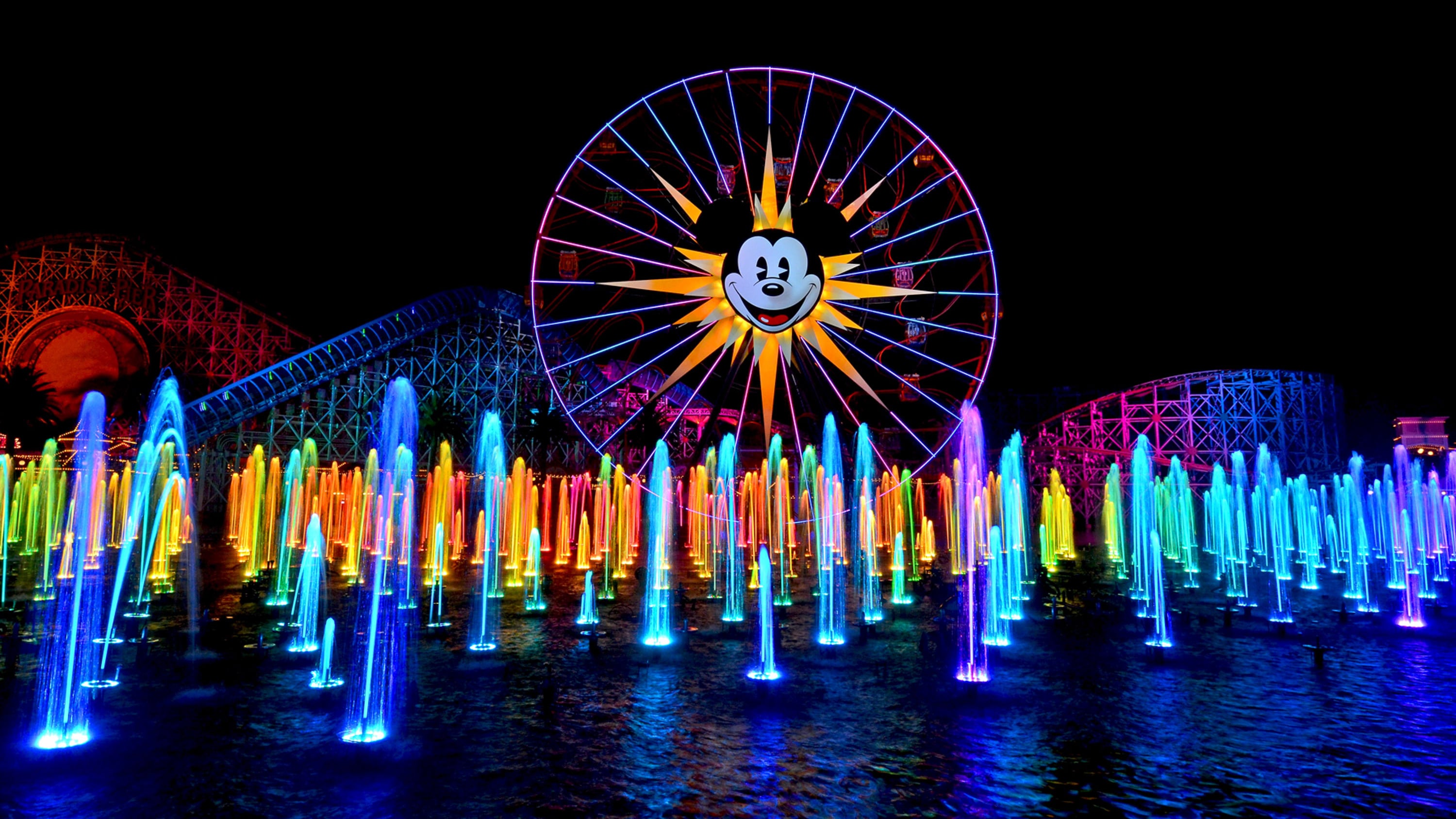 Last week, Erin broke the news about “World of Color – Season of Light,” opening November 10 at Disney California Adventure park. Today, in honor of the anniversary of the show that inspired the water spectacular, I’m pleased to share with you even more details about this all-new nighttime extravaganza.

“Walt Disney’s Wonderful World of Color” made its television debut 55 years ago this week, bringing the wonder of full-color programming to people across the country and introducing the world to my personal favorite character, Professor Ludwig Von Drake. That landmark show served as the inspiration behind the original “World of Color” when it debuted at Disney California Adventure park back in 2010. Much like the TV anthology series itself, “World of Color” has been presented in a number of versions and variations over the years, and for the 2016 holiday season, we’re celebrating the warmth and wonder of the holidays with a sparkling new winter fantasy.

“World of Color – Season of Light” combines classic holiday songs with memorable moments from treasured Disney animated films to create an experience that wraps you in the warm glow of holiday magic. From its mesmerizing start to its stunningly beautiful finale, “World of Color – Season of Light” illuminates the night and weaves together an emotional tapestry that will fill your heart with the spirit of the season.

The show begins with the last leaves of fall giving way to the arrival of winter, as Mickey and his pals decorate their homes for Christmas. Themes of love, home and family run throughout “World of Color – Season of Light,” with special appearances by Lady and Tramp, Andy’s family from “Toy Story,” a “Mele Kalikimaka” with Stitch and his ‘Ohana and a “Feliz Navidad” from the Three Caballeros. At one point in the show, Goofy goes all out in a spectacular ode to over-the-top holiday light displays … until his ode turns to overload and everything short circuits, leading to a “Blue Christmas” with Sadness from Disney•Pixar’s “Inside Out.”

Everything builds to a stunning grand finale, illuminating the lagoon with the light of hope and filling our hearts with the spirit of peace, joy and goodwill to all. “World of Color – Season of Light” debuts November 10, 2016, at Disney California Adventure park and will be presented nightly through January 8, 2017.