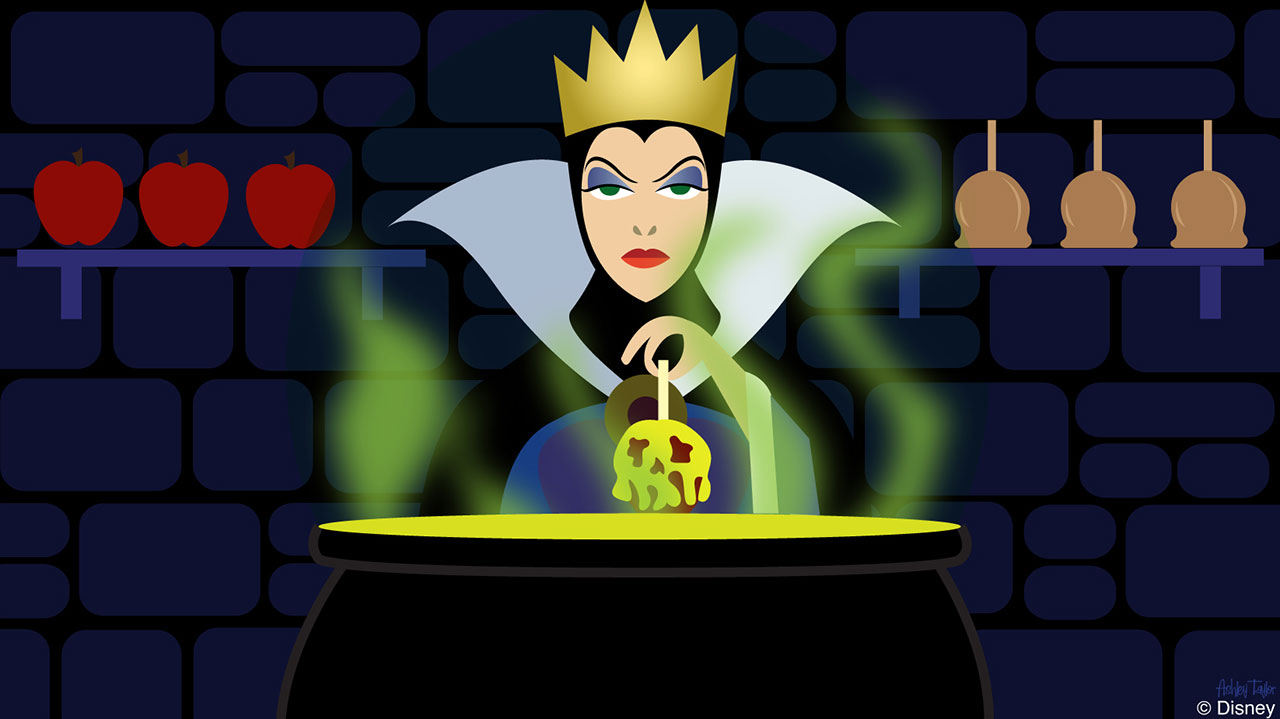 Disney Doodle: The Evil Queen from ‘Snow White’ Takes Over The Candy Cauldron

This week’s Disney Doodle takes a look at what the Evil Queen from “Snow White” may do if she had the chance to visit Walt Disney World Resort.

According to artist Ashley Taylor, she drew her inspiration from the apple the Evil Queen tricks Snow White into biting in the 1937 film, “Snow White.” No doubt some of Walt Disney World’s delicious (and much safer) apple concoctions, like those from Candy Cauldron, may pique her interest.

“I wanted to draw a character making Disney’s signature apple treats, and I immediately thought of the Queen. I’ll bet she’s dying to get her hands on those apples!”