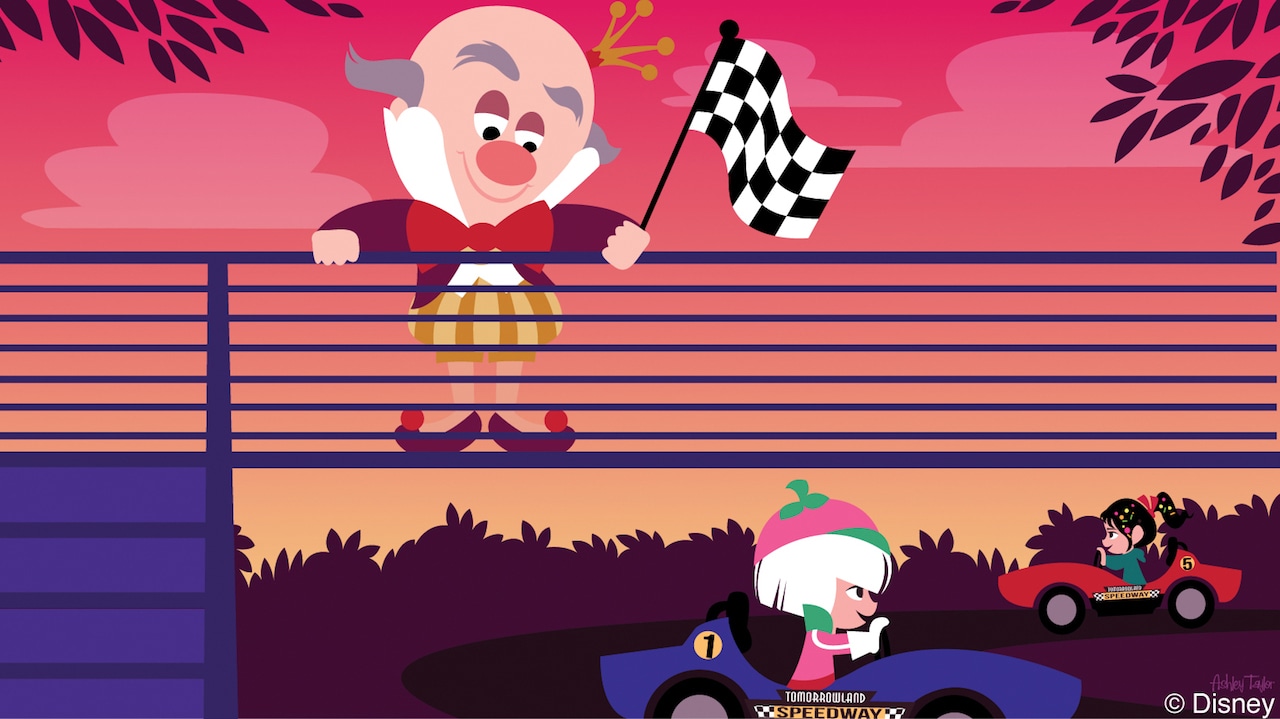 In the 2012 film “Wreck-It Ralph,” King Candy not only rules Sugar Rush, but also oversees each and every car race that takes place in the game. That’s why artist Ashley Taylor picked Tomorrowland Speedway as the first stop King Candy would make if he had the chance to visit Magic Kingdom Park.

According to Ashley, the diversity of all the cars in the race in the film was what inspired her.

“My favorite part of the illustration was drawing the Sugar Rush Racers down below. Each character has their own distinct look!”