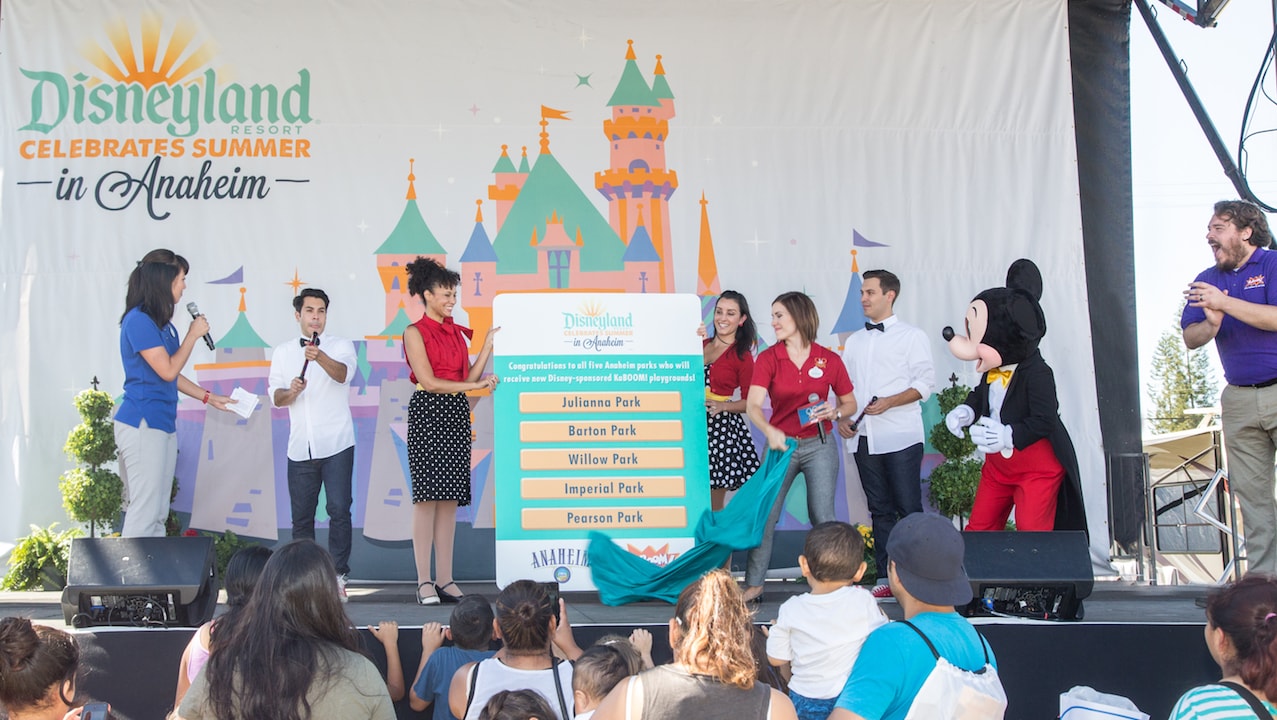 All summer long, Anaheim, Calif., residents were asked to vote: Which park will get the next Disney-sponsored KaBOOM! playground?

Due to overwhelming response from residents, the Disneyland Resort has pledged to build playgrounds at not one, but all five parks with KaBOOM! and the City of Anaheim. The five parks to receive new playgrounds include Imperial Park, Willow Park, Julianna Park, Pearson Park and Barton Park, bringing the total number of Disney and KaBOOM! playgrounds in Anaheim to 12 and giving more than 19,000 kids a place to play. The first of the five playgrounds will be built in February 2017, and the others will be completed within the next three years.

Watch Anaheim residents react to the news in this video!

The Walt Disney Company, including Disneyland Resort, supports KaBOOM!’s mission of helping all children get the play that they need. Disney has pledged more than $12 million since 2007 to help build more than 100 playgrounds and Imagination Playground™ sets. The playground builds are an extension of The Walt Disney Company Healthy Living Commitment to creating healthier generations, by bringing the gift of active play to kids and families who need it most.