Disney’s Polynesian Village Resort celebrates the spirit of the South Pacific in many ways, from the lush tropical foliage, to Disney’s Spirit of Aloha Dinner Show with hula dancing, fire dancing and more, to fun just for kids at Lilo’s Playhouse.

My favorite thing to do at the resort is to sample from all of the unique dining locations it has to offer, including a Disney Character breakfast or Hawaiian-style dinner feast at ‘Ohana, sushi from Kona Cafe, or even a sweet treat like a Dole Whip® at Pineapple Lanai. Yum! 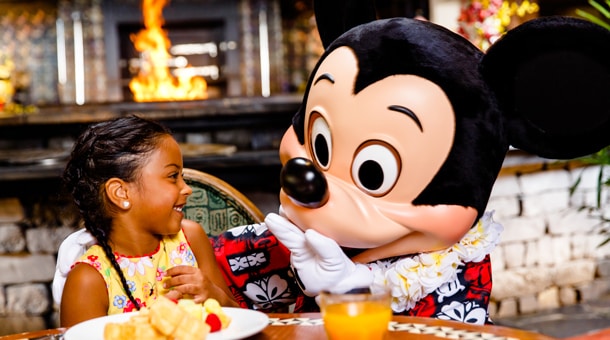 The resort even has its own motto, Aita Peatea, which means “There will be another day tomorrow just like today.” If you’ve had the chance to stay here over the past 45 years, what was your favorite day at Disney’s Polynesian Village Resort like? Share with us in the comments!