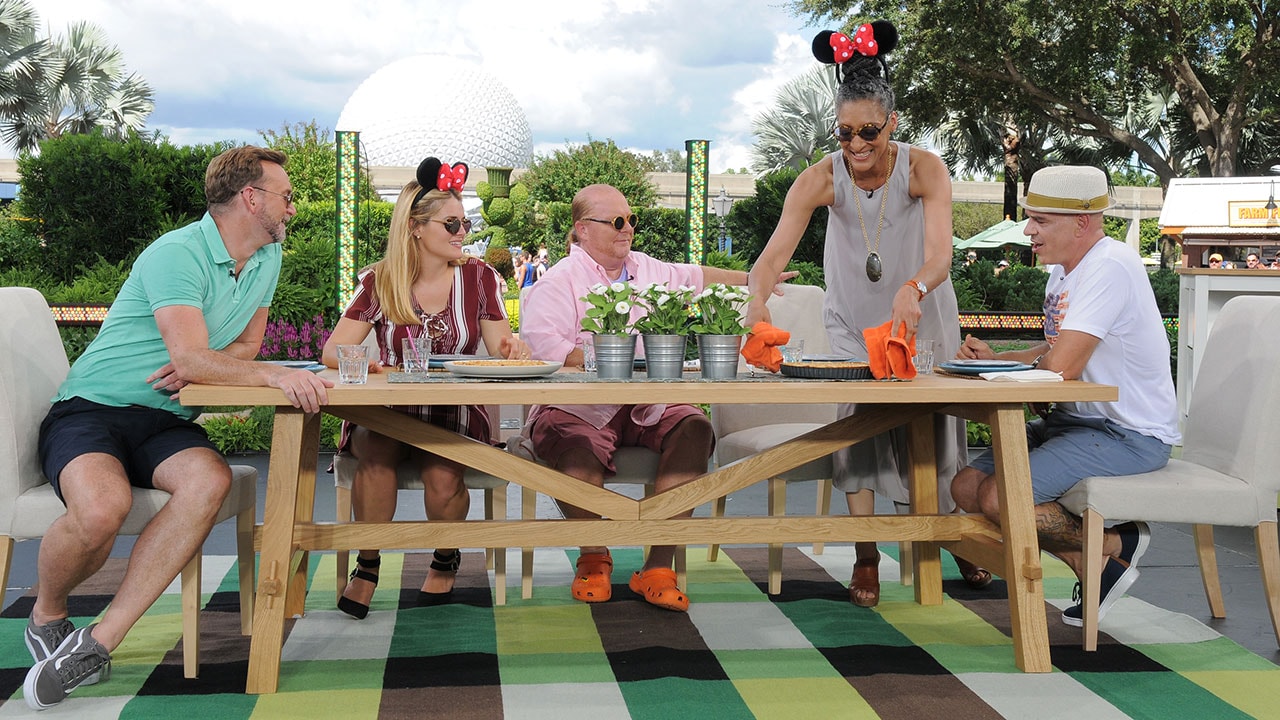 The ABC Emmy-award-winning show, “The Chew” shows off the fun and excitement of the Epcot International Food & Wine Festival this week, starting today through Friday.

Sure, the schedule of shows was changed up a little bit, but the live audience had a blast watching co-hosts Mario Batali, Michael Symon, Carla Hall, Clinton Kelly and Daphne Oz against the backdrop of Epcot’s iconic Spaceship Earth. It was so much fun watching the quintet host a week’s worth of shows that featured dishes of the Epcot International Food & Wine Festival, a taste of some of the new celebrity restaurants at Disney Springs and, of course, Mickey Mouse stopped by. 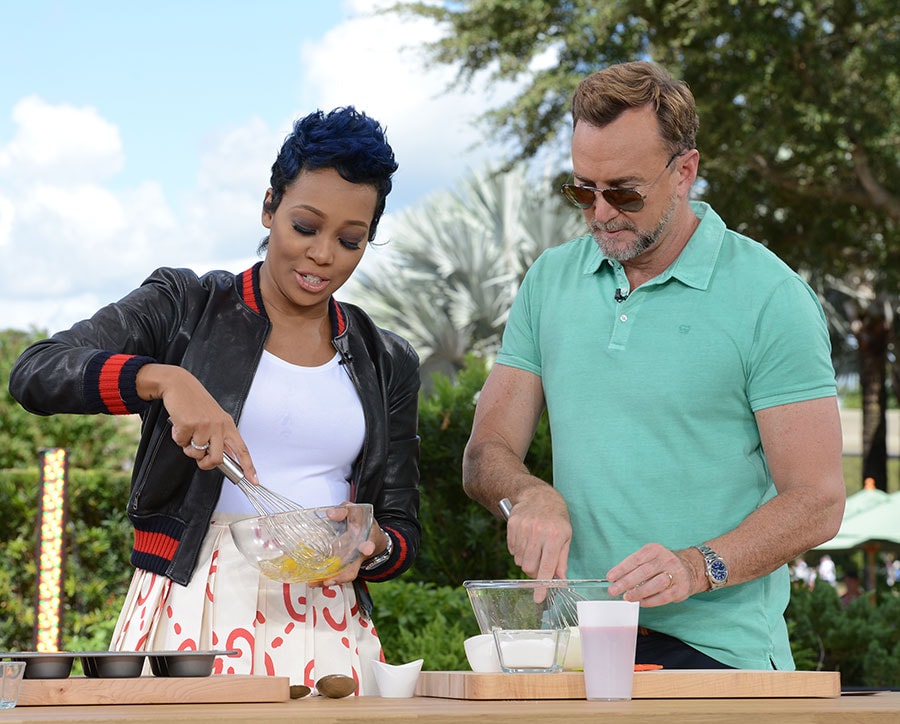 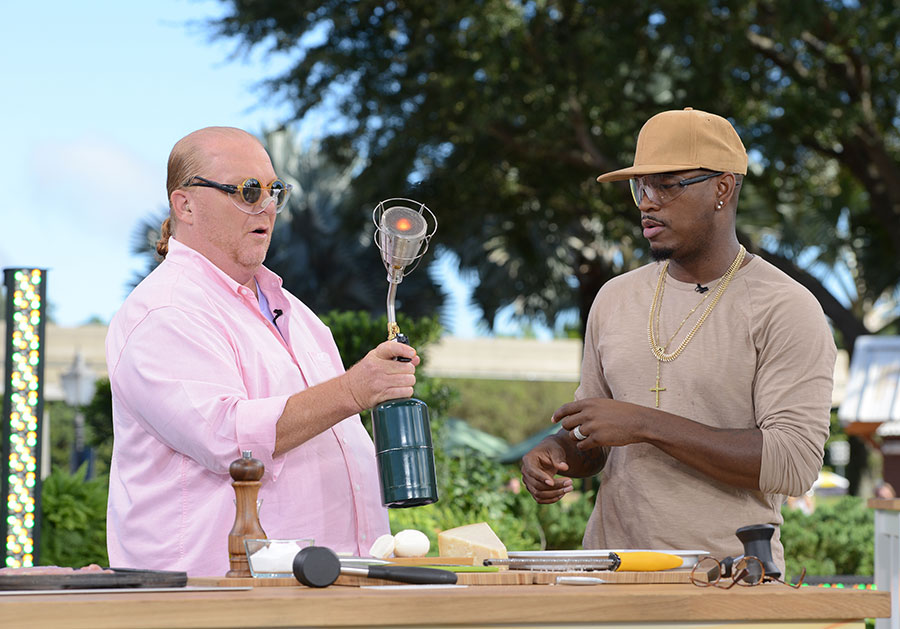 Celebrities like recording artist Ne-Yo and singer/actress Monica visited, and fans of the ABC thrilling series “Scandal” will want to see Scott Foley when he dropped in. (We’ll have more on his visit later)