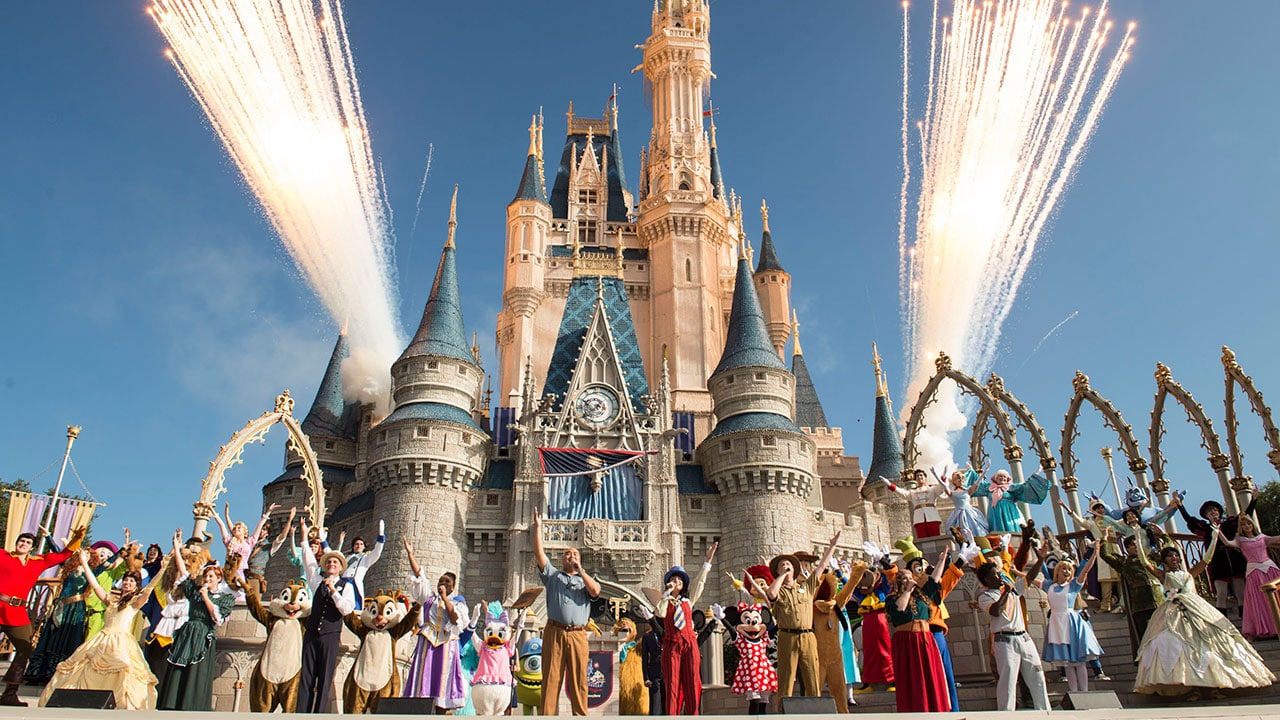 George A Kalogridis, president of the Walt Disney World Resort, first welcomed guests to the park and shared his thoughts on this special occasion. October 1 is not just the anniversary of Magic Kingdom Park, but also marked the start of the Walt Disney World Resort, which opened October 1, 1971 to also include Disney’s Contemporary Resort and Disney’s Polynesian Resort. Guests cheered the celebration on as Mickey Mouse, Minnie Mouse, Goofy, Donald, Pluto and a bevy of other Disney pals flooded the Castle Forecourt stage to the tune of “Zip-a-Dee-Doo-Dah.” The celebration concluded with a special live performance of “When You Wish Upon a Star,” punctuated with a burst of pyro and colorful streamers.

To see more of the celebration for yourself, check out the video above.