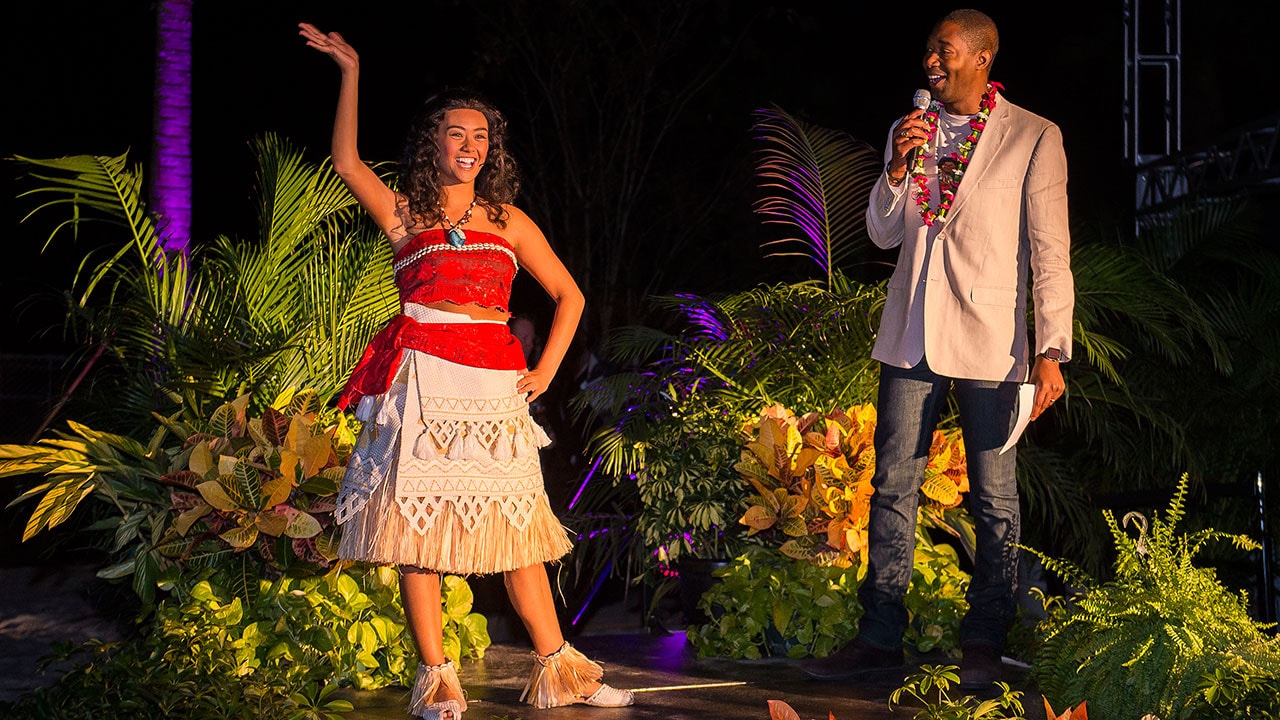 What could be even more amazing than seeing Disney’s newest animated film, “Moana,” days before it’s officially released in theaters? How about watching it on the beach right here at Disney’s Polynesian Village Resort? 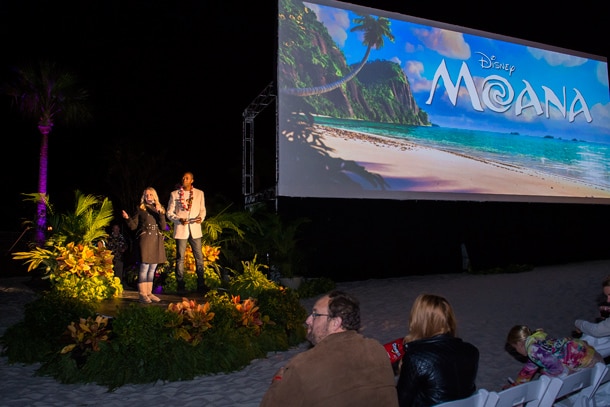 That was the setting for our latest Disney Parks Blog meet-up, which was attended by more than 1,000 guests who gathered to see an early screening of Disney’s newest film. Our evening was also highlighted with movie trivia, a handful of creative costumes, and a special appearance by “Moana” screenwriter Jared Bush, who introduced the film.

“Moana” is the story of an adventurous teenager who sails out on a daring mission to save her people. During her journey, Moana (voice of Auli‘i Cravalho) meets the mighty demigod Maui (voice of Dwayne Johnson), who guides her in her quest to become a master wayfinder. Together, they sail across the open ocean on an action-packed voyage, encountering enormous monsters and impossible odds, and along the way, Moana fulfills the ancient quest of her ancestors and discovers the one thing she’s always sought – her own identity.

For a peek inside our event, check out the video above and don’t forget to see “Moana,” in 3D opening nationwide on November 23.