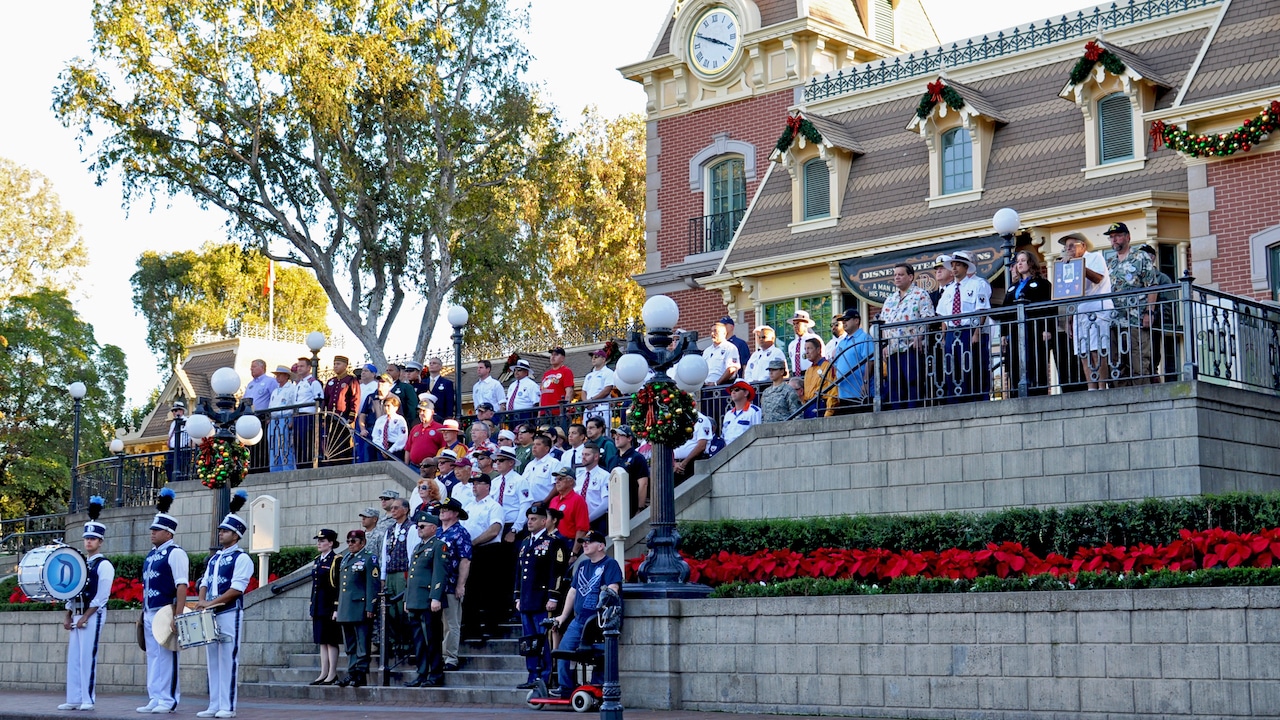 This weekend, as part of our Veteran’s Day activities, we had the chance to show our support for the brave men and women who have supported us over the years with their service in our armed forces. Veterans were recognized for their incredible work at both Disneyland Resort and Walt Disney World Resort with special flag retreat ceremonies.

The celebration was especially magical at Walt Disney World Resort, where a fellow cast member deployed with the Air Force for more than four months in Afghanistan had the chance to surprise and reunite with his father, a retired Army Staff Sergeant. 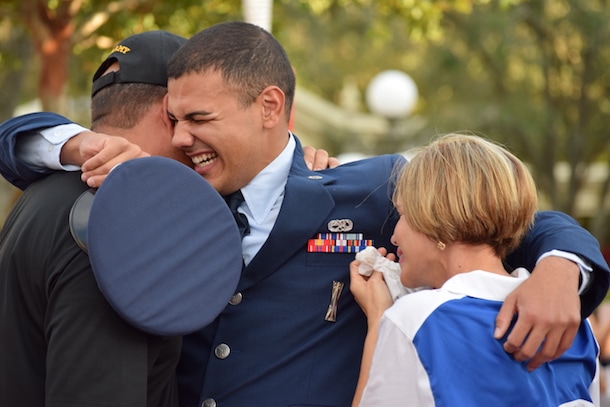 Both active duty and veteran military cast members also joined in a procession down Main Street, U.S.A. at both resorts to the cheers of guests and cast. At Disneyland Resort, the United States Navy Band even joined in the celebration last week as part of its 2016 tour.

Support for the U.S. Armed Forces is a long-standing Disney tradition. Since the Heroes Work Here initiative launched in March 2012, more than 8,000 veterans have been hired, and Disney continues to dedicate itself to the reintegration of our veterans.

Thank you to all who serve!