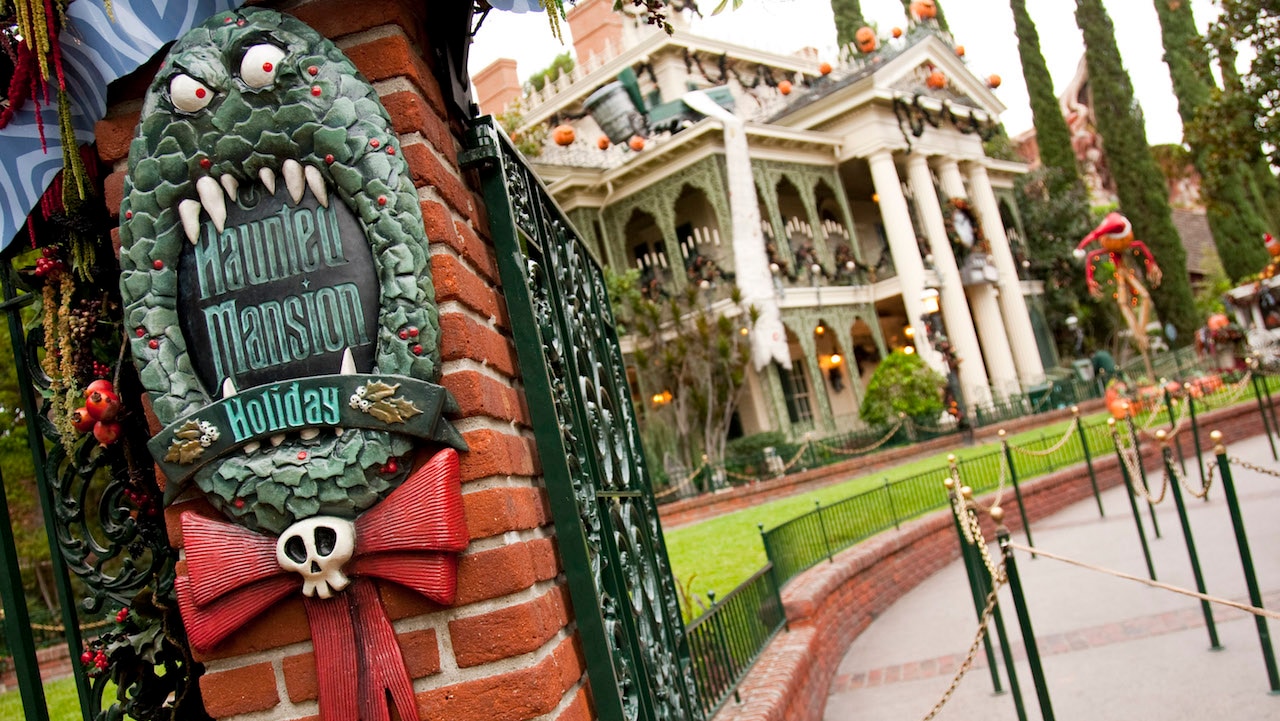 From Screen to Park: Haunted Mansion Holiday at Disneyland Park

Each year, from mid-September through early January, everybody screams for Haunted Mansion Holiday at Disneyland park. Since 2001, this lively seasonal overlay transforms the classic and delightfully unlivable Haunted Mansion in New Orleans Square into a merry collision of Halloween and Christmas.

In 1993, the animated classic “Tim Burton’s The Nightmare Before Christmas” debuted, garnering a devoted fanbase with great affection for the film’s hero Jack Skellington — the king of Halloween Town who decides to bring the joy of Christmas to his spooky village for the very first time. The film introduced beloved characters such as heroine Sally, the flying ghost dog Zero and the green villain Oogie Boogie, and they have been delighting Disneyland park guests off the screen each season for more than 10 years. 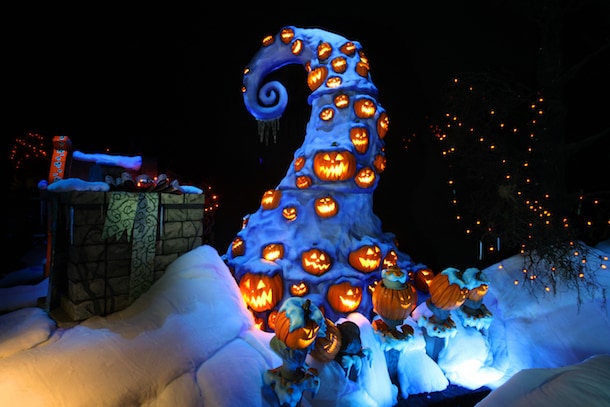 Haunted Mansion Holiday is just one of the many attractions at the Disneyland Resort that bring guests into the magic of the big screen. The 999 happy haunts residing in the stately mansion are eager to welcome their friends from Halloween Town for an extended stay each season. The attraction overlay enhances the festivities with frightful additions like creepy wreaths, kooky toys, ghostly Christmas trees and glowing jack-o-lanterns.

This season, Haunted Mansion Holiday has become even more magical with the debut of a new Sally figure in the graveyard scene and the 15th season of the homemade Gingerbread House in the ballroom.

What’s your favorite festivity inside Haunted Mansion Holiday? Let us know in the comments!