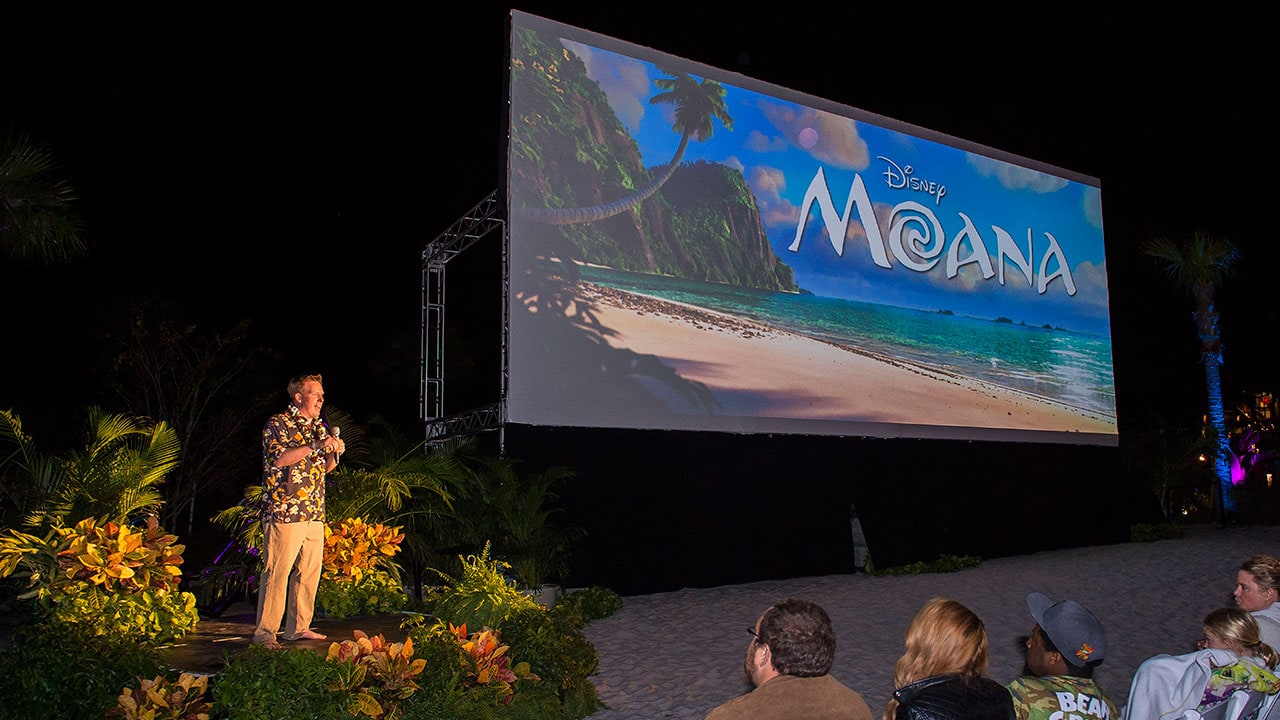 “Moana” screenwriter Jared Bush came to Walt Disney World Resort just a few days before the release of Walt Disney Animation Studios newest movie, but he didn’t tell his three kids. “They don’t know where Daddy is right now, because if I told them…there would be a riot at my house.”

Jared’s main reason to visit Florida was attending several advance screenings of Moana, but he did manage to fit in some time exploring the theme parks – including Frozen Ever After at Epcot, Expedition Everest at Disney’s Animal Kingdom, and an exclusive video interview with Disney Parks Blog that you can see here:

In “Moana,” an adventurous teenager is inspired to leave the safety and security of her island on a daring journey to save her people. Inexplicably drawn to the ocean, Moana (voice of Auliʻi Cravalho) convinces the mighty demigod Maui (voice of Dwayne Johnson) to join her mission, and he reluctantly helps her become a wayfinder like her ancestors who sailed before her.

One story from our interview that didn’t make the video – Jared was in Hawaii for a recording session with Auli’i, and the Polynesian Voyaging Society took him out on the ocean. Aboard a traditional canoe, they shared some secrets that usually take decades to learn, including how a sleeping wayfinder can tell when a canoe has gone off course. How cool is that?!

“Moana” is in theaters now.