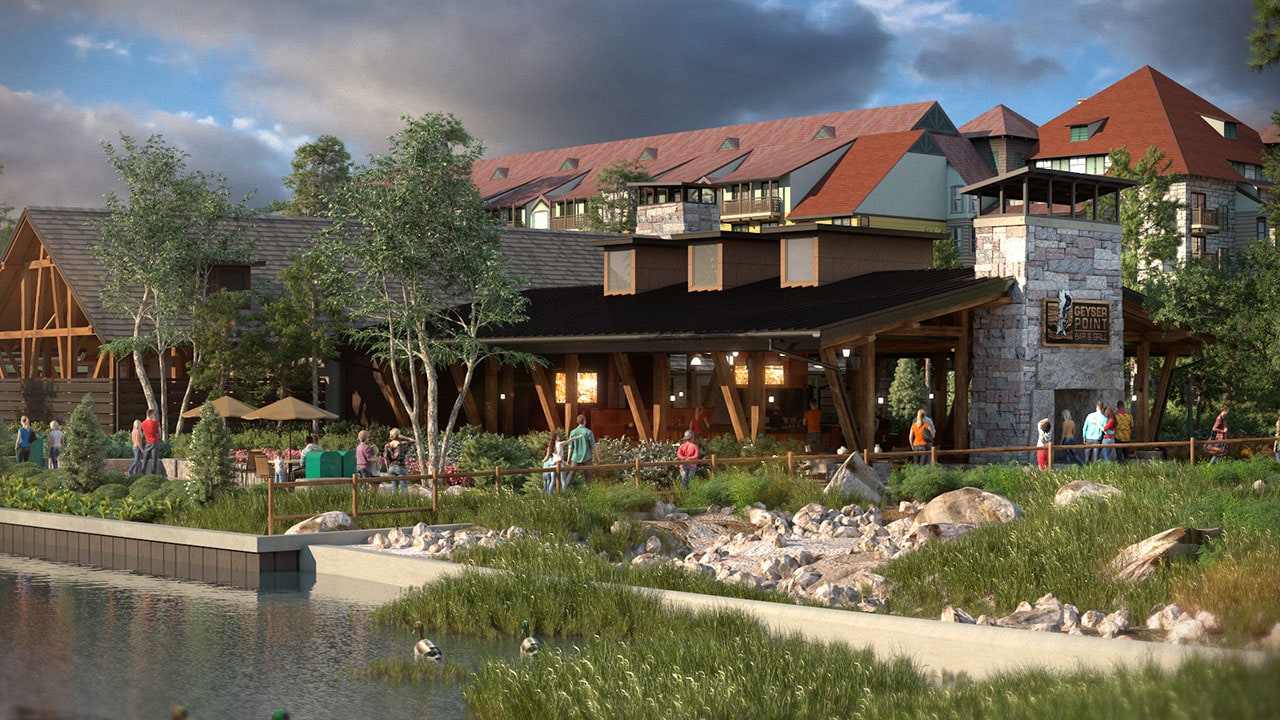 But that’s not all that’s changing at the resort. A sweeping re-imagination of the former Hidden Springs Pool area will help tell the richly layered backstory of Boulder Ridge. Depicted in the artist rendering below and scheduled to open in summer 2017, Boulder Ridge Cove will feature an expanded sun deck and zero-depth-entry pool in what appears to have been an abandoned rock quarry. 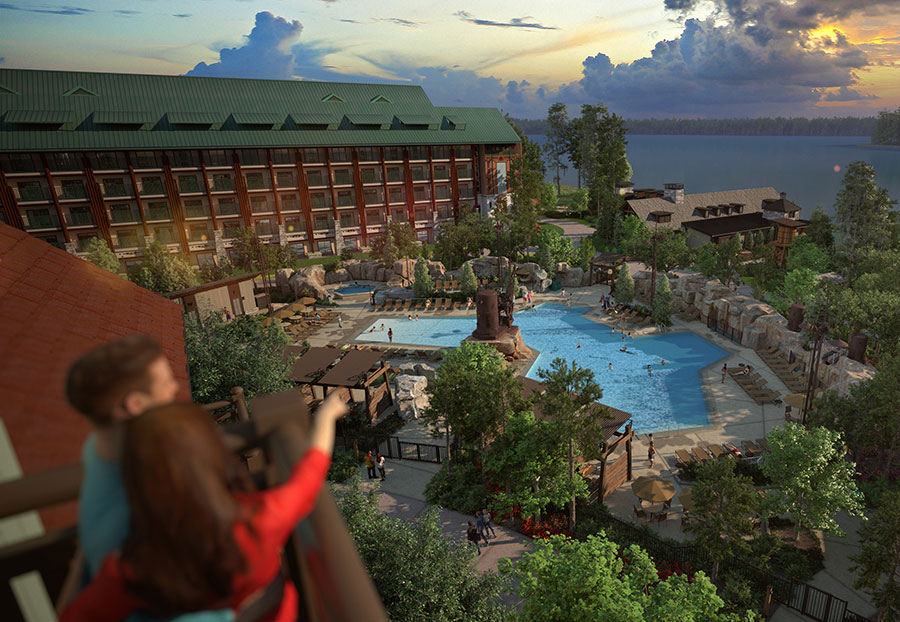 Such rejuvenating transformations were common in the Pacific Northwest following the mid-20th-century fading of the Transcontinental Railroad, as locals turned rails into trails – repurposing everything from bridges and tunnels to cranes and quarries. A nearby “Boulder Ridge Railway and Mining Co.” water tower will be among the pool area’s landmark reminders of its pioneering past, while a vintage mine cart supports the mining theme with an affectionate nod to Disney history.

Beyond the new pool space, scheduled enhancements to the resort are “chugging along” and include a brand-new bar & grill, in addition to a quick-service restaurant. Geyser Point Bar & Grill will be located in the heart of the feature pool area of Disney’s Wilderness Lodge, where Members and guests can grab a bite to eat as they lounge by the resort’s main pool. The rendering for this area highlights ample outdoor seating and architecture that looks right at home with that of the existing Lodge, as well as Boulder Ridge Villas.

Watch the Disney Parks Blog for future announcements about exciting changes and enhancements coming to these Disney Vacation Club Resorts!