Pandora – The World of Avatar Set To Open Summer 2017

Just moments ago at the D23’s Destination D: Amazing Adventures presentation, Walt Disney Parks & Resorts Chairman Bob Chapek gave a construction update on Pandora – The World of Avatar and shared the exciting news that the new land is set to open at Disney’s Animal Kingdom in summer 2017.

Bob also shared a look at a recent construction milestone -scaffolding has just been removed from the entry bridge into the new land (near Tiffins restaurant), officially connecting the land with the rest of the park. 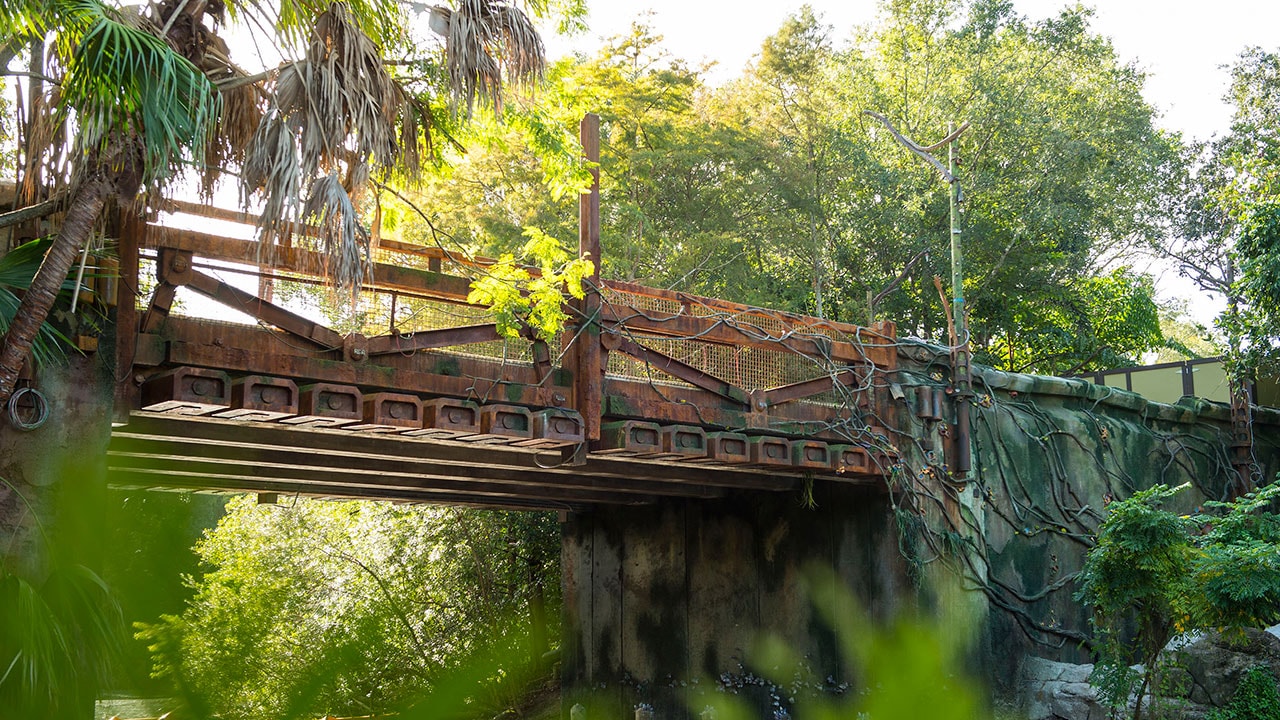 According to the storyline developed by Walt Disney Imagineering and Lightstorm Entertainment, this bridge was built during a time when a destructive company called the RDA came to Pandora. Now that they’re long gone, nature is breaking down evidence of their presence. This bridge will soon serve as an entry into the base camp of Alpha Centauri Expeditions, the eco-tour group that is preparing Pandora for future explorers and adventure seekers.

The story of the bridge is just our first look inside this land, which fulfills the original mission of Disney’s Animal Kingdom of being a park that honors animals and natural environments “real, ancient and imagined.”

The entire Pandora – The World of Avatar land is set to open in 2017, and will transport guests to a visually stunning world complete with floating mountains and bioluminescent plants. Here, guests will be able to experience two excursions that will truly push adventure to the next level. First, the family friendly Na’vi River Journey will send guests down a sacred river hidden within a bioluminescent rainforest. Their journey will end in an unforgettable encounter with a Na’vi Shaman, a figure who has a deep connection to the life force of Pandora. And second, the Avatar Flight of Passage excursion will offer the jaw-dropping experience of riding on a Banshee over the world of Pandora.

Keep your eye on the Disney Parks Blog in the coming weeks for more updates on this amazing expansion.