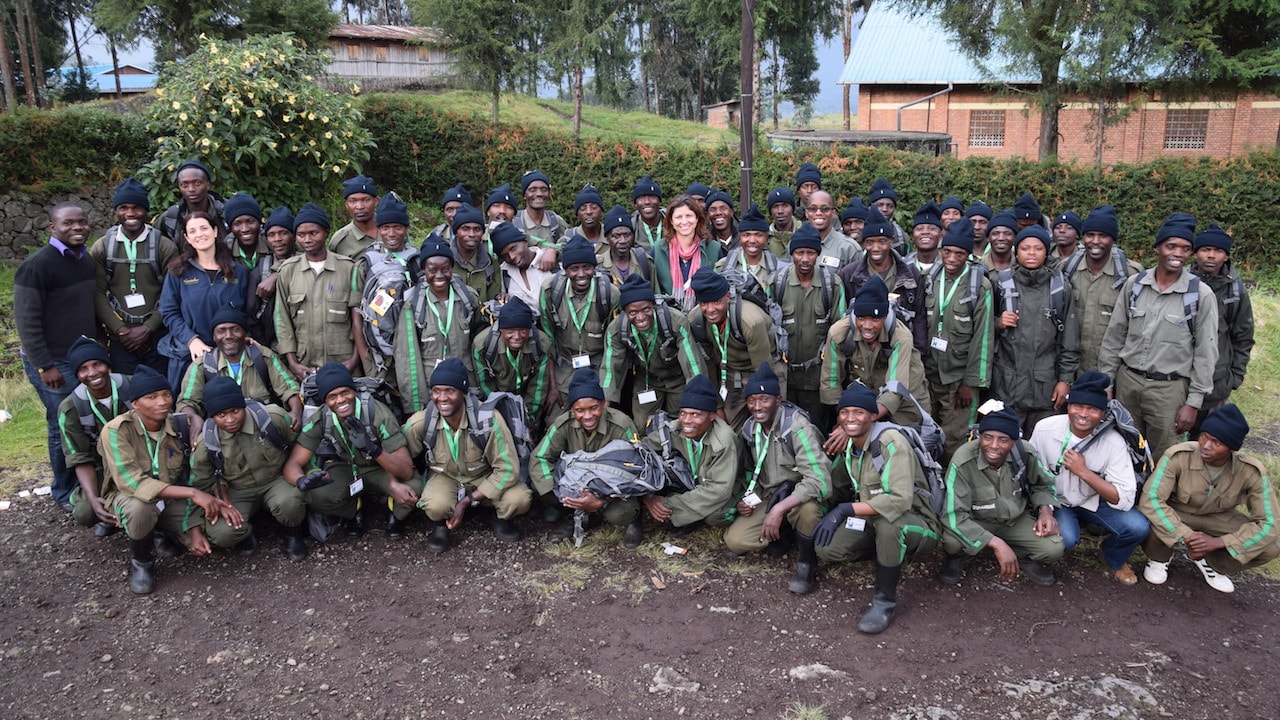 The Disney Conservation Fund (DCF) supports organizations working all over the world, through its “Reverse the Decline, Increase the Time” initiative, to reverse the decline of threatened species and increase the time kids and families spend in nature. We’re grateful to have the opportunity to support this important work, and the amazing organizations and individuals that carry out this mission each day. We provide support to honor conservationists who have gone above and beyond, demonstrating passion, courage, and tenacity in tackling some of the biggest challenges in protecting the planet’s resources. Each year we’re proud to honor a new class of Disney Conservation Heroes.

Let’s get to know a few of the 2016 Conservation Heroes:

The Karisoke Research Center Gorilla Trackers and Antipoachers
Nominated by Dian Fossey Gorilla Fund International
This team of 70 courageous people is directly responsible for the current growth and stability of Rwanda’s critically endangered mountain gorillas. Working in teams to protect specific groups of gorillas, they’ve had dangerous close calls related to the extreme elements and landscape, as well as direct run-ins with poachers. The trackers can tell each gorilla apart and know their histories and behaviors well. Collectively the group spends 365 days 110,000 hours per year protecting and monitoring the gorillas, supporting scientific research, and helping to maintain the biodiversity of the forest, as they have done for nearly 50 years. 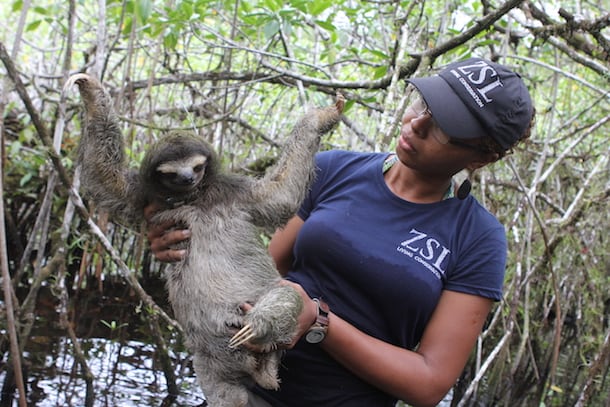 Diorene Smith Cabellos
Nominated by ZSL America
Diorene Smith Cabellos established the first and only ongoing research program to monitor the elusive pygmy sloth, which is found only on a small island off the coast of Panama. Diorene collects crucial population data on this critically endangered species and also studies human disturbance and use of natural resources across the island. Her work requires enduring inhospitable field conditions which require innovative solutions to technology that malfunctions in the wet, salt-laden environment. Managing and conserving the pygmy sloth is a sensitive issue locally, but Diorene works closely with local schools, divers, and fishermen to raise awareness and promote sustainable resource use. What may be most amazing about Diorene is that she’s managed to do all of this important conservation work in her spare time while working as a full-time zoo curator and veterinarian!

Sergei Sleptsov and Ivan Danilov
Nominated by International Crane Foundation
Each summer and fall Sergei Sleptsov and Ivan Danilov endure Russia’s harsh tundra conditions – coping with daily temperature fluctuations of 50 degrees or more, clouds of mosquitos and gnats, and rain and snow – to conduct vital research on the critically endangered Siberian crane. Their field region covers two million acres and often they are only able to reach their study sites on foot, carrying heavy supplies and gear. Sergei has provided invaluable data on cranes, participating in many international field expeditions to monitor their migration. He was even one of the first scientists who was able to capture Siberian crane chicks in order to band them. In his long career, Ivan has led efforts to establish protected areas for cranes and collected valuable scientific data used to justify protected area status in key crane breeding areas.

All of these individuals demonstrate that with hard work and dedication you can make your community – and the world – a better place. It’s our honor to recognize this year’s Disney Conservation Heroes – they inspire us with their stories and commitment to reverse the decline of wildlife. Looking for even more inspiration? Head over to Disney.com/conservation to read about the other 2016 Conservation Heroes.