It’s been another year of endless magic at Disney Parks, and it was a particularly prolific one for our Creative Entertainment team, producing amazing new entertainment experiences around the world for you to enjoy! 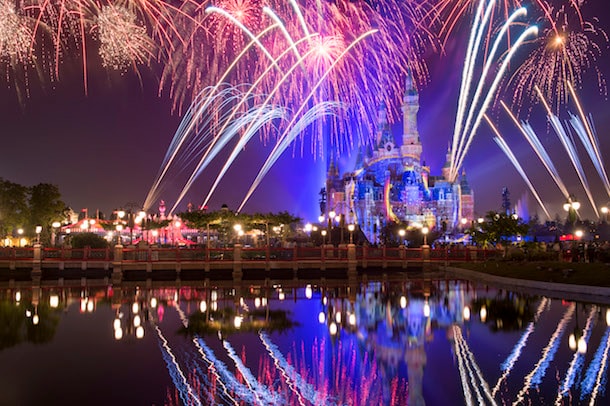 Shanghai Disney Resort – When Shanghai Disney Resort made its debut in June, it represented the largest entertainment program ever produced for the opening of a Disney destination, with unique experiences that are both authentically Disney and distinctly Chinese. Throughout Shanghai Disneyland, you can find delightful moments like “Tai Chi with Donald,” as well as innovative stage spectacles like “Eye of the Storm – Captain Jack’s Stunt Spectacular” – with pirates fighting mid-air in a swirling vortex! “Tarzan: Call of the Jungle” in the park’s Adventure Isle came to life through an extraordinary partnership between Disney and a renowned Chinese acrobatic choreographer and performance troupe. The first-ever Mandarin-language production of Disney’s “THE LION KING” graces the stage of the Walt Disney Grand Theatre in nearby Disneytown, and a full day of entertainment at Shanghai Disneyland is capped off with the award-winning “Ignite the Dream – A Nighttime Spectacular of Magic and Light,” presented on and above Enchanted Storybook Castle. 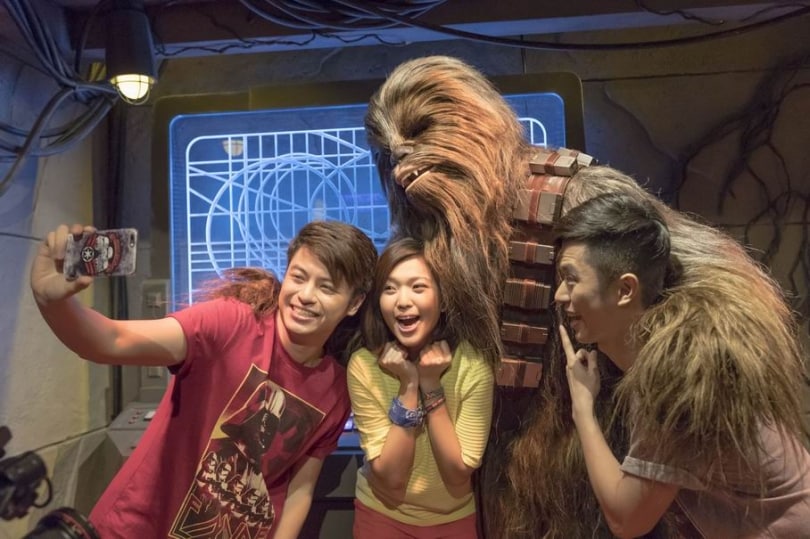 Star Wars – The Force awakened last year, and it continued to grow in strength throughout 2016 as new Star Wars experiences arrived at Disney Parks around the world including Season of the Force at Disneyland park in California, a Star Wars Tomorrowland Takeover at Hong Kong Disneyland and the launch of “Star Wars: A Galaxy Far, Far Away” and “Star Wars: A Galactic Spectacular” at Disney’s Hollywood Studios. 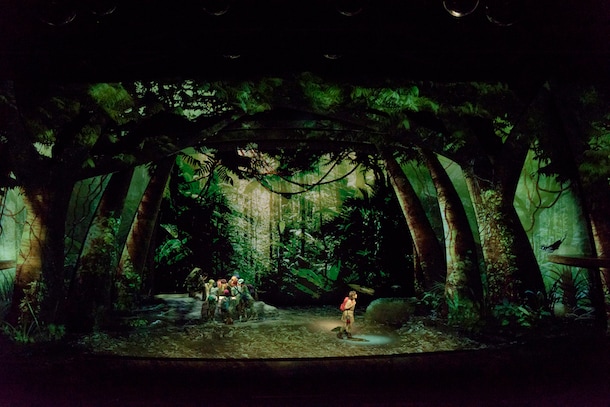 Tokyo DisneySea 15th Anniversary – It’s been “The Year of Wishes” at Tokyo Disney Resort, celebrating the 15th anniversary of Tokyo DisneySea with sparkling new entertainment experiences such as “Crystal Wishes Journey” on Mediterranean Harbor and the completely original production “Out of Shadowland” at the Hangar Stage in the park’s Lost River Delta.

Cinderella Castle – At Magic Kingdom Park, Cinderella Castle provided the ultimate backdrop for three incredible new shows this year. In the summer, “Mickey’s Royal Friendship Faire” brought characters from “Tangled” and “The Princess and the Frog” to the castle stage for the first time, and this holiday season saw Mickey and pals host the ultimate Christmas party in “Mickey’s Most Merriest Celebration.” And at night, the projection show “Once Upon a Time” transforms Cinderella Castle into the ultimate canvas for a fantastic bedtime story. 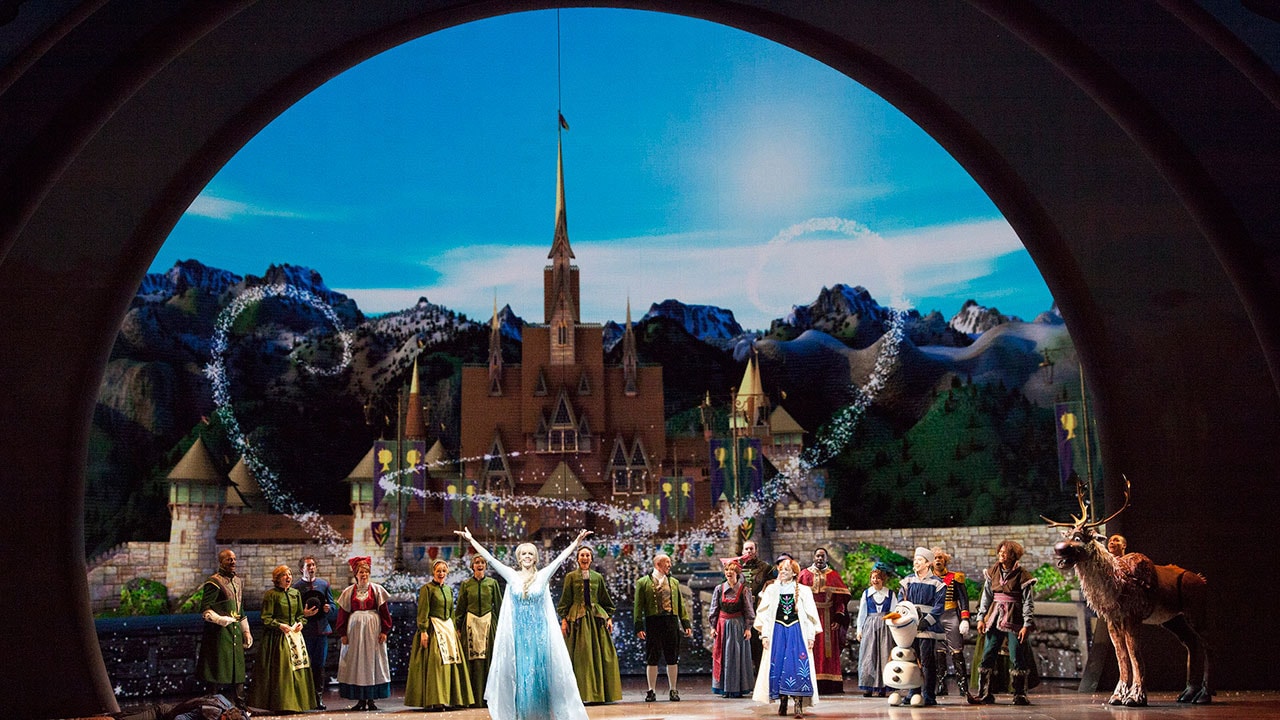 “Frozen – Live at the Hyperion” – Last summer at Disney California Adventure park, this all-new theatrical interpretation of the story of Anna and Elsa came to the stage of the Hyperion Theater. Among its standout achievements, the show features an impressive Cast of talented performers and a remarkable integration of video and projection technology, creating moments that transform the theater into Elsa’s palace and turn Anna to ice right before our very eyes! “Mickey and the Magician” – IAAPA, the International Association of Amusement Parks & Attractions, recently honored “Mickey and the Magician” with a Brass Ring Award for Best Theatrical Production. This remarkable new show in Walt Disney Studios Park at Disneyland Paris sends Mickey Mouse on a journey of discovery with some magical Disney friends, resulting in a singing and dancing extravaganza filled with soaring scenery, mind boggling illusions and special effects. 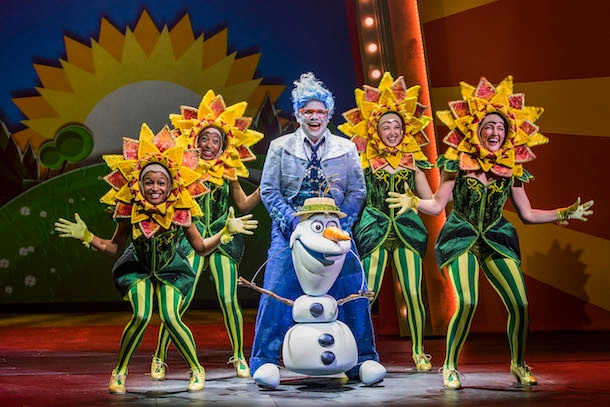 New Adventures on Land and Sea – It’s also been an amazing year for new entertainment on Disney Cruise Line, with additions like “Frozen, A Musical Spectacular” and Marvel Super Hero Academy on the Disney Wonder, and at Aulani, a Disney Resort & Spa, there’s now a fantastic luau experience with “KA WA’A” and visits from adventurous wayfinder Moana. 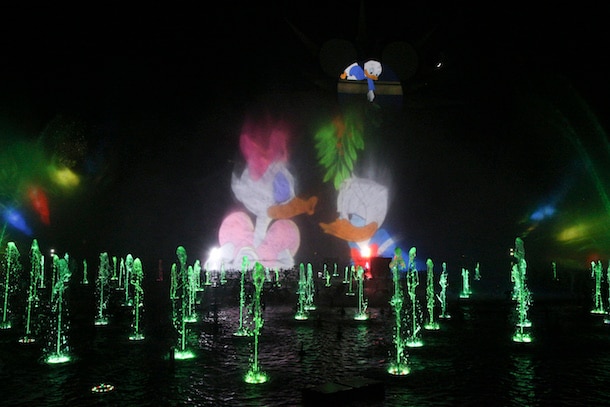 Festival of Holidays – Just last month, Disney California Adventure park debuted a new seasonal event, Festival of Holidays, celebrating heartwarming holiday festivities inspired by cultural traditions from around the world. During the day, wonderful entertainment experiences throughout the park draw on the diverse celebrations that bring joy during this festive time of year, and at night the all-new “World of Color – Season of Light” creates a sparkling winter fantasy that wraps you in the warm glow of holiday magic. 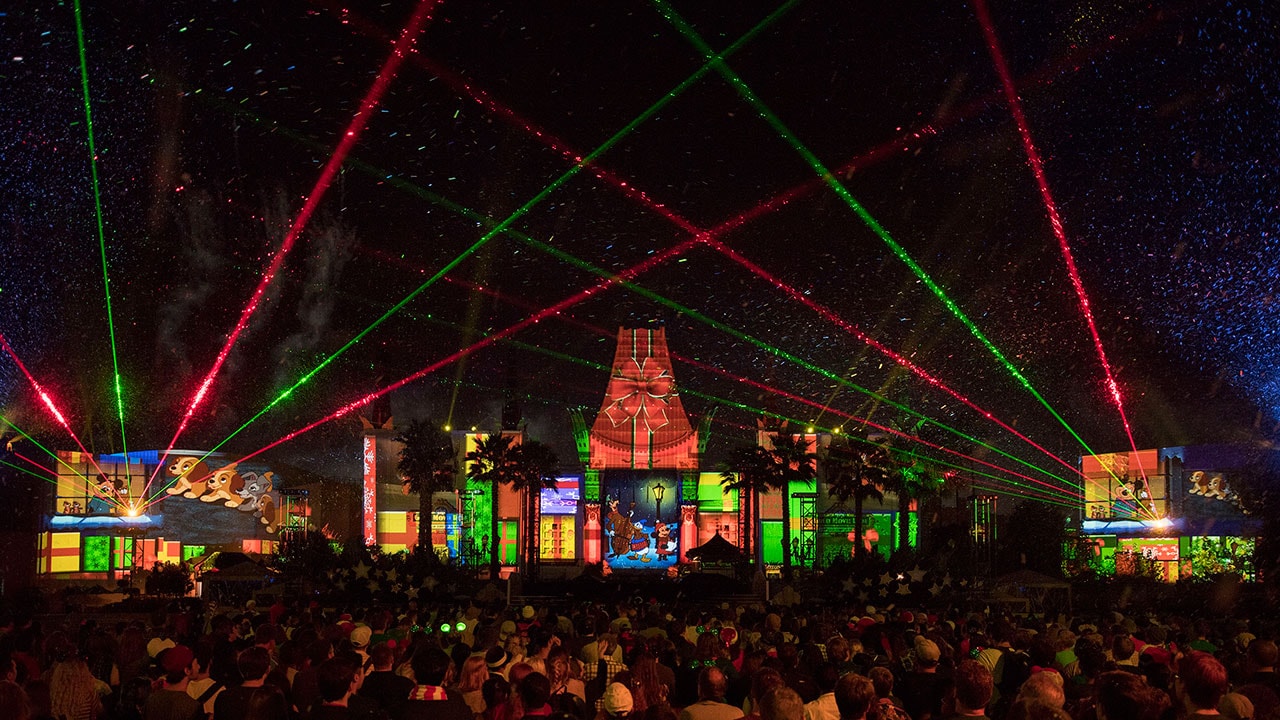 “Starbright Holidays – An Intel Collaboration” – Disney and Intel explored remarkable new technology this year to create a unique holiday experience, featuring 300 show drones illuminating the night sky over Disney Springs at Walt Disney World Resort. It’s a perfect example of how Disney is always innovating and looking to the future for new ways to tell stories through entertainment.

What’s been your favorite new experience, or what are you looking forward to seeing on a future visit? Let us know in the Comments section.

Of course, as busy as the Disney Creative Entertainment was in 2016, we’re not about to rest on our laurels, as they say. There are plenty of plans in development for 2017 and beyond, so continue reading Disney Parks Blog all year long, and we’ll keep you up to speed on all the excitement to come. Happy new year!