With the New Year just around the corner, I visited California Grill at Disney’s Contemporary Resort to get an early start on celebrating 2017. Before I could enjoy a delicious meal, I was surprised by the Disney Delivery Guy. He gave me several boxes filled with new products created by Disney Parks Merchandise.

The products shown in the video will be released in select merchandise locations at Disney Parks during 2017. Look for stories next year on Disney Parks Blog with additional details about the items shown.

As an extra bonus, here is a look at two products that caught my eye but did not make it into the video. 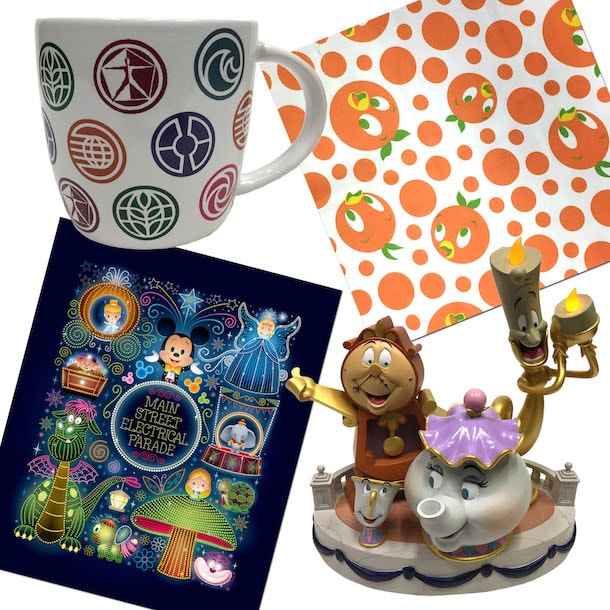 The first is new artwork by Jerrod Maruyama celebrating the return of the Main Street Electrical Parade to Disneyland park. Look for the artwork to be released in early spring.

I paired these items with the fabric used for a whimsical Orange Bird dress and an Epcot 35th Anniversary mug because both things make me happy!

Which item is your favorite? Please share in the comments below.

I hope you have a wonderful and magical New Year!