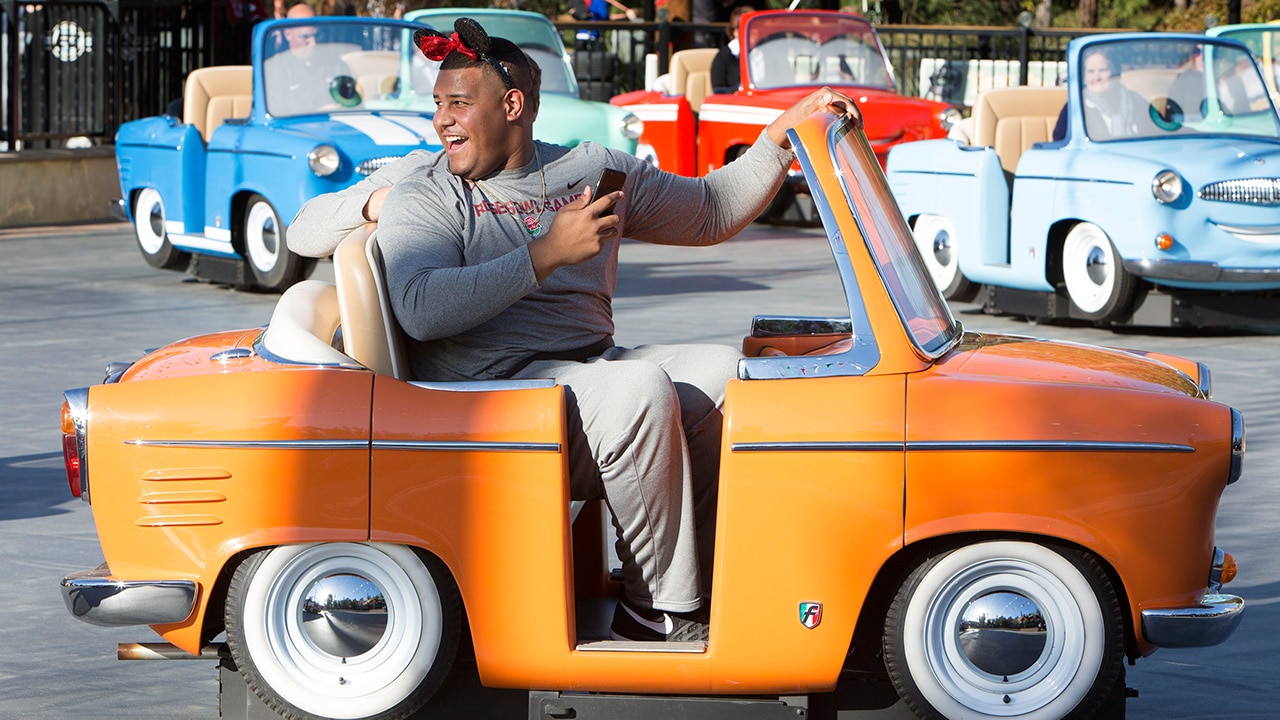 No. 5 Penn State Nittany Lions and No. 9 University of Southern California Trojans will soon face off in the 2017 Rose Bowl Game presented by Northwestern Mutual in Pasadena, Calif., but first they stopped for fun during the traditional visit to the Disneyland Resort today. 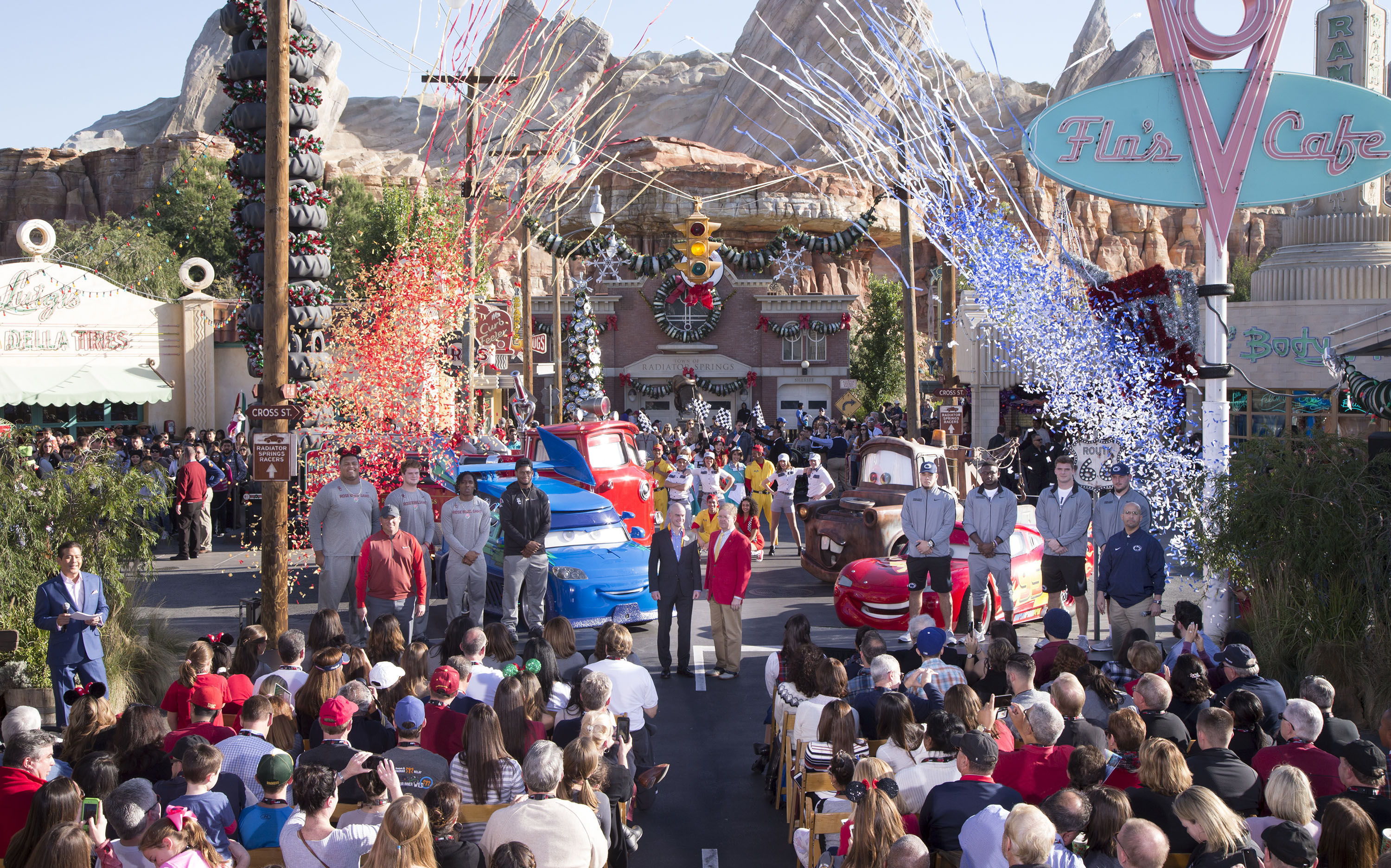 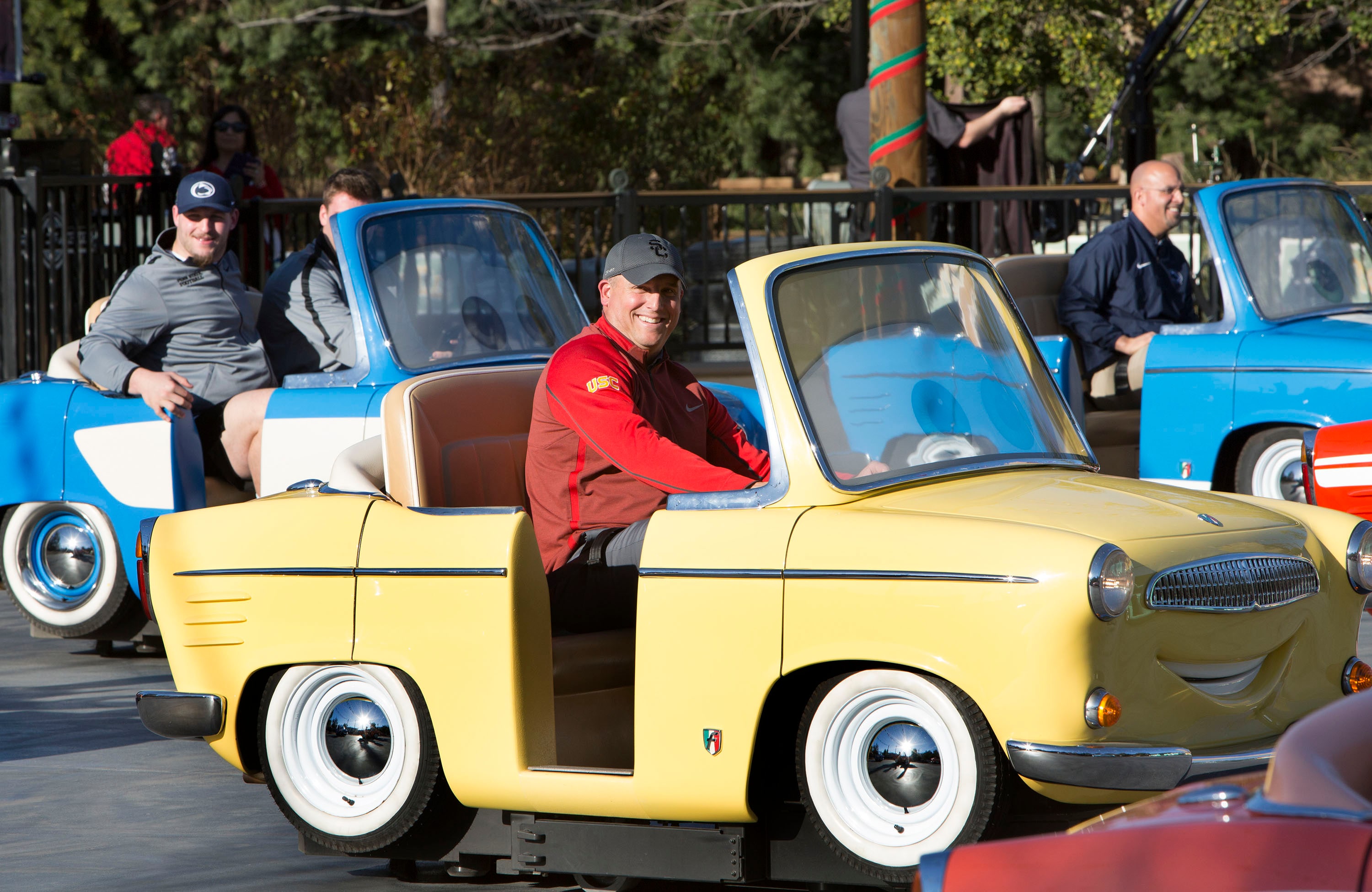 During their visit to the Disneyland Resort, the teams enjoyed two attractions in Cars Land, joining in a celebratory “dance” aboard micro-cars at Luigi’s Rollickin’ Roadsters and zooming through the desert landscape of Ornament Valley at Radiator Springs Racers. 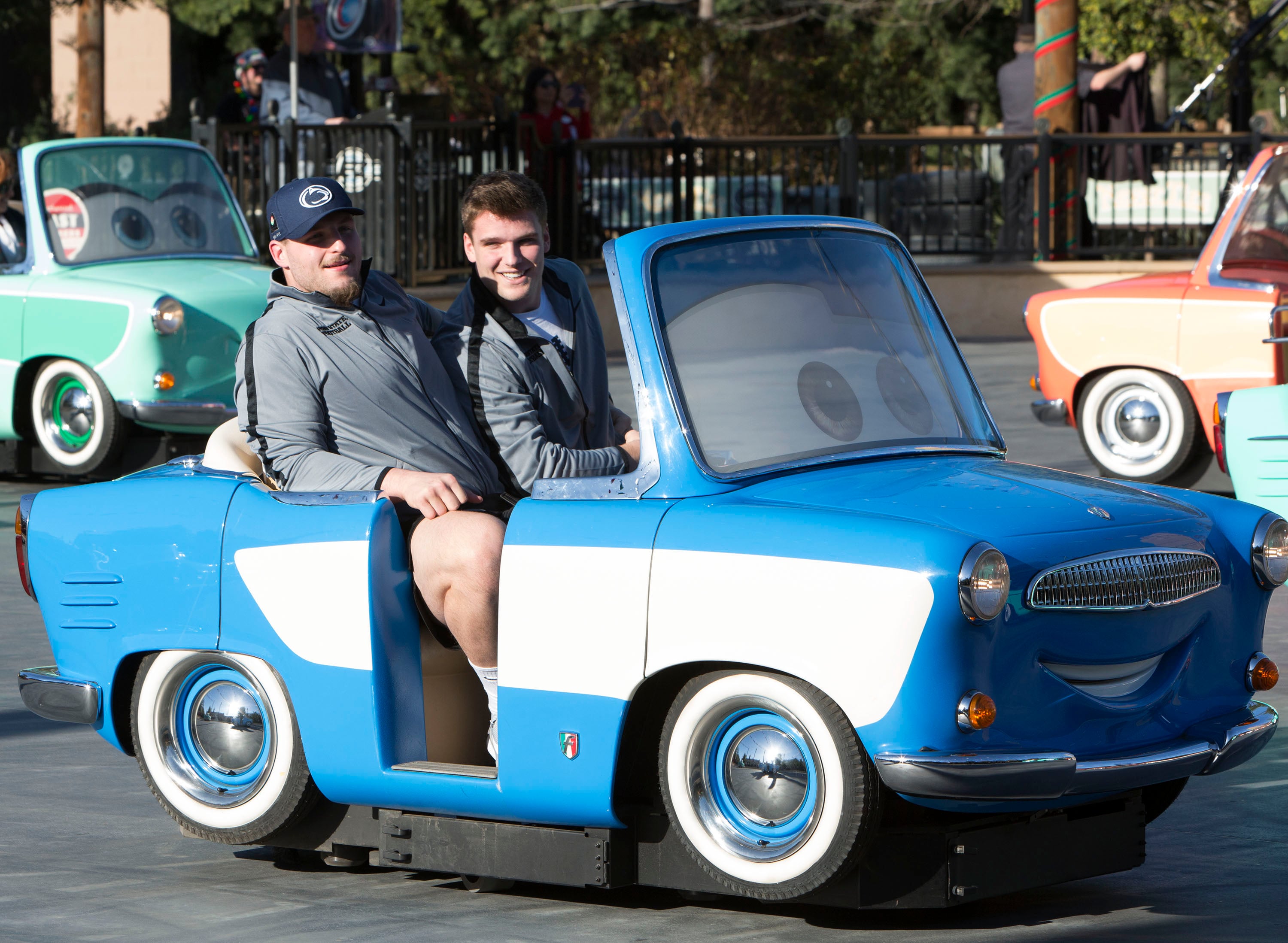