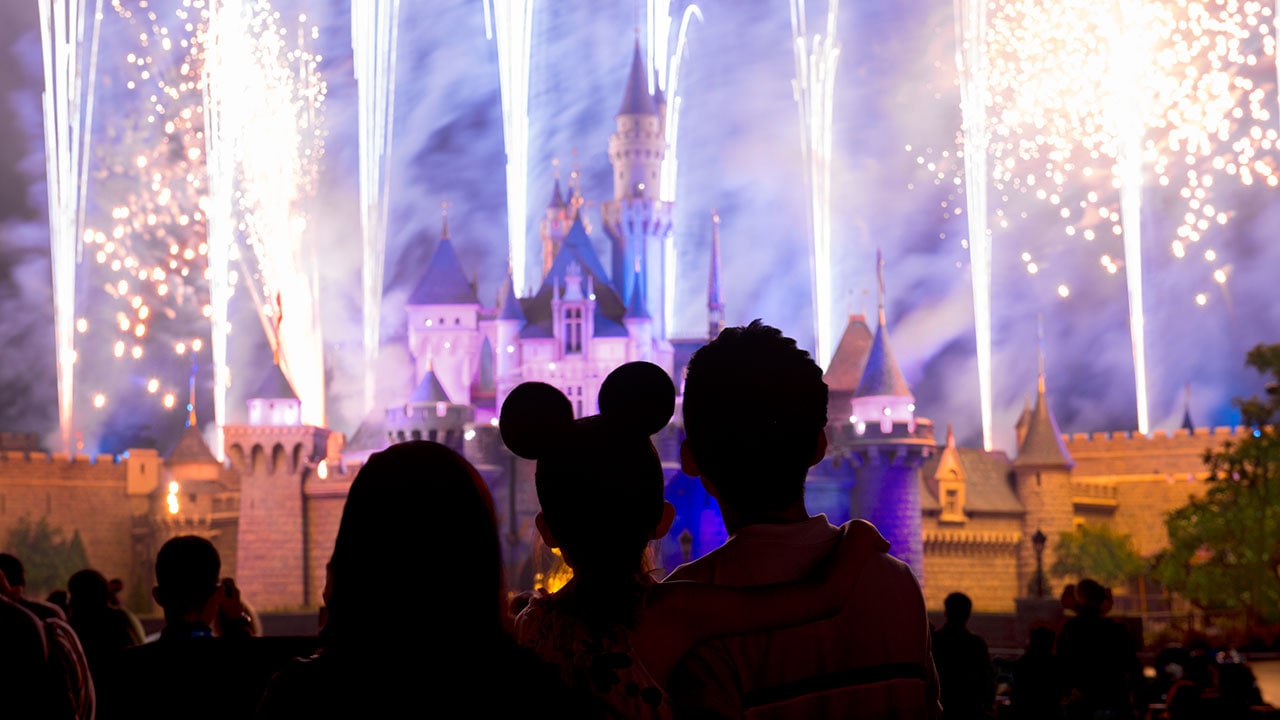 When the clock strikes midnight on December 31, where will you be celebrating? Chances are some of you might be ringing in the New Year with us either at Walt Disney World Resort, Disneyland Resort or even aboard a Disney Cruise Line ship. We asked the Disney Parks Moms Panelists to share their best tips on navigating the most celebrated night of the year.

Kay B. has spent many New Year’s Eves at Walt Disney World Resort. She recommends you pack your patience and arrive early because the parks will all be crowded due to the anticipation of the great firework shows “which are bigger and better than the normal wonderful displays.” Try to make sure the little ones get in a nap, so they can toast the New Year with smiles on their faces. Kay also suggests that you don’t plan early morning events the next day, since New Year’s Eve will be a late night.

Pick up a park map and times guide, Jackie P. recommends, so you don’t miss out on special or added entertainment, fireworks and activities. Plus, did you know there are incredible fireworks for New Year’s Eve at Magic Kingdom Park, Disney’s Hollywood Studios and Epcot?

Jen R. recommends playing Sorcerers of the Magic Kingdom and eating a snack, preferably a Dole Whip, when things get a little crowded. She also shares “the fireworks were, honestly, the most amazing show we’ve ever experienced. The show surrounds the park at midnight. It’s hard to explain other than it’s worth seeing in person!”

If you are ringing in the New Year at Disneyland Resort, Kiki Y., one of our resident Disneyland Panelists, offers up some practical. In a recent answer on DisneyParksMomsPanel.com , she gives a first-timer to Disneyland Resort some great New Year’s Eve tips, including making dining reservations early! She says the “atmosphere is festive, fun and filled with enthusiasm and excitement!”

And should you find yourself aboard a Disney Cruise Line ship for New Year’s Eve, there are many special, extra events planned! Marcy G. shares all the festive fun aboard the Disney Fantasy with a Guest who is departing on New Year’s Eve. The special events include an exclusive dinner menu, themed deck party, your favorite characters in their New Year’s best, and so much more!

For more tips or to ask questions about planning your upcoming Disney vacation, be sure to visit DisneyParksMomsPanel.com for a personalized response from our knowledgeable panel.