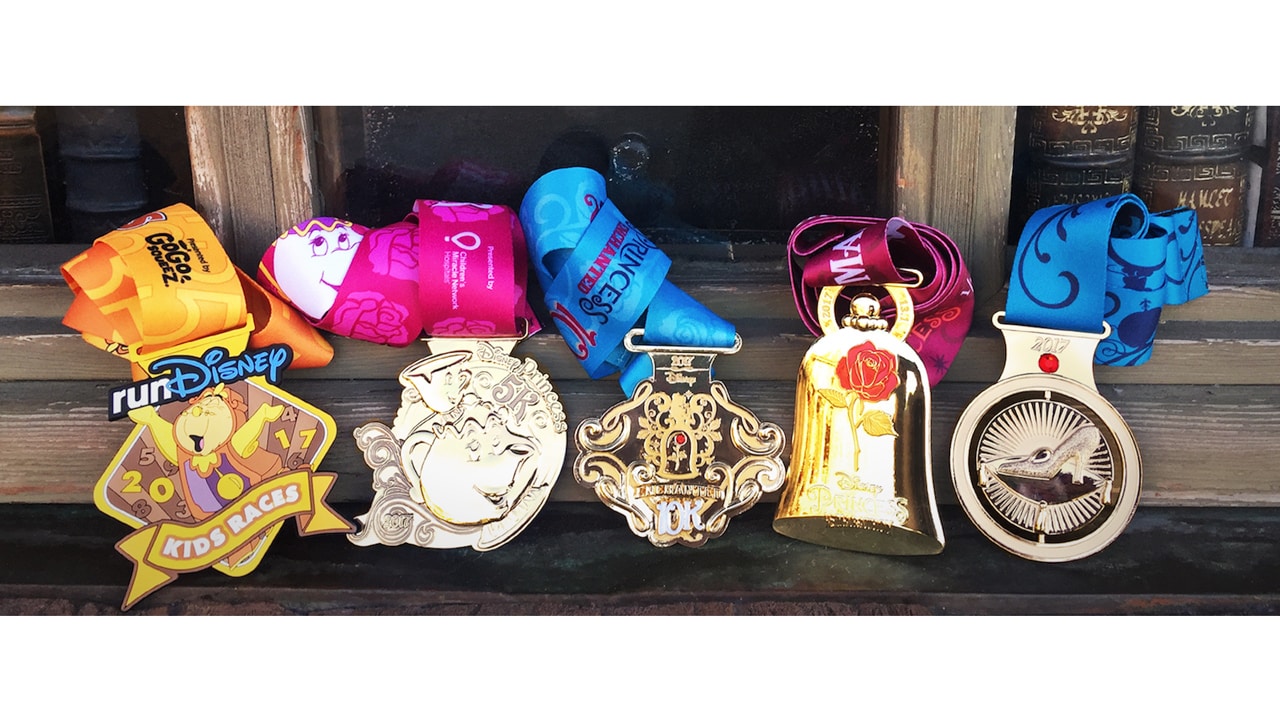 We are excited for runners to “be our guest” at the Disney Princess Half Marathon Weekend presented by Children’s Miracle Network Hospitals. That’s right, runners will get the adventure Belle dreamed as Disney’s “Beauty and the Beast” elements will be seen throughout the weekend through entertainment, event shirt designs and, of course, our medals!

Our fairy tale begins with the Disney Princess 5K. Runners will race through Epcot for a storybook finish and the opportunity to earn this adorable Chip and Mrs. Potts medal! 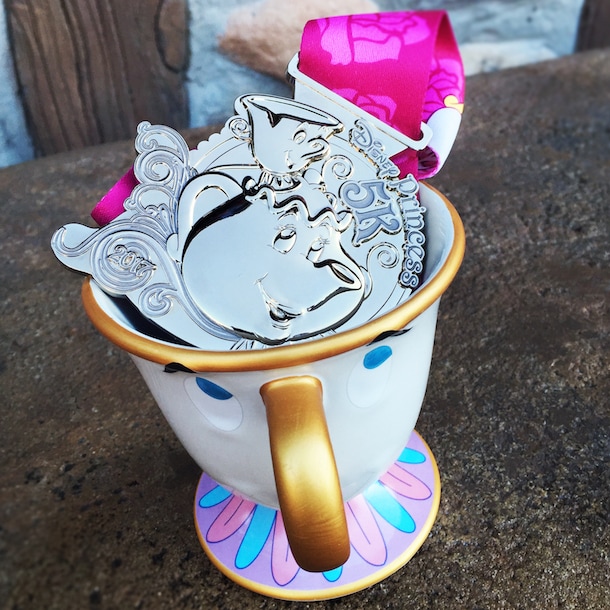 The Disney Princess Enchanted 10K is a race fit for royalty! The iconic enchanted rose from the original film is incorporated in the beautiful design of this medal. 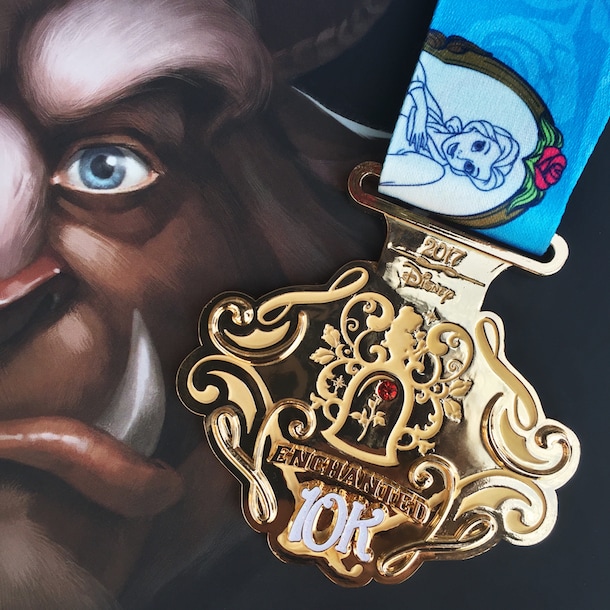 Highlights of our 13.1-mile course include running through Cinderella Castle at Magic Kingdom Park and Epcot, home of Future World and World Showcase. Every mile is magic and runners who complete the Disney Princess Half Marathon will live happily ever after with the symbolic rose from Beast’s West Wing. 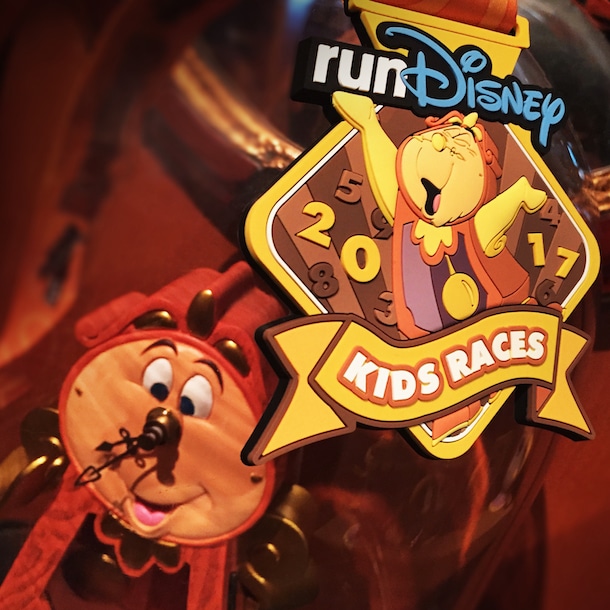 Dressing up as your favorite characters for a runDisney event is a huge part of the weekend! With the live-action adaptation of Disney’s “Beauty and the Beast” from Walt Disney Studios Motion Pictures coming to theaters March 17, 2017, we’re sure that we’ll see styles inspired from the released trailer and set photos. 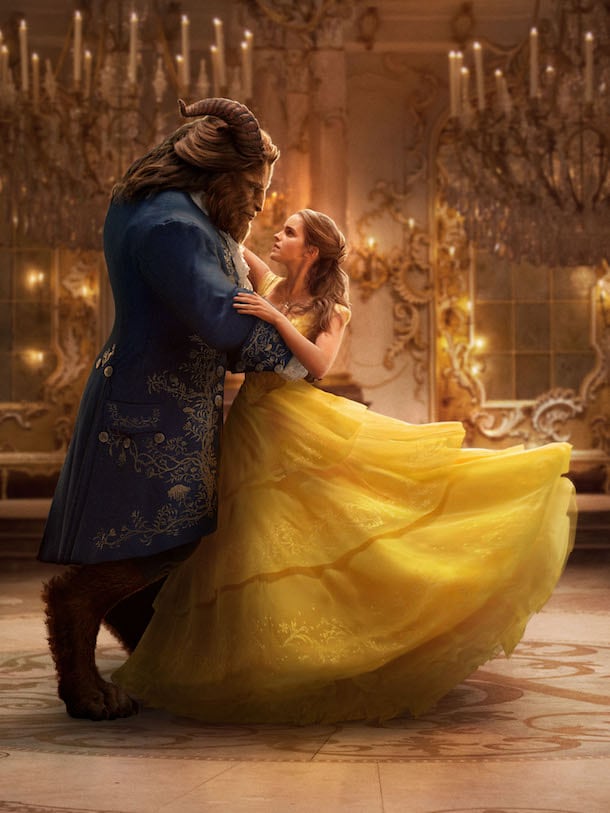 Here is a look at some past Disney’s “Beauty and the Beast” inspired outfits from runDisney events to get you ready for our magical race weekend!