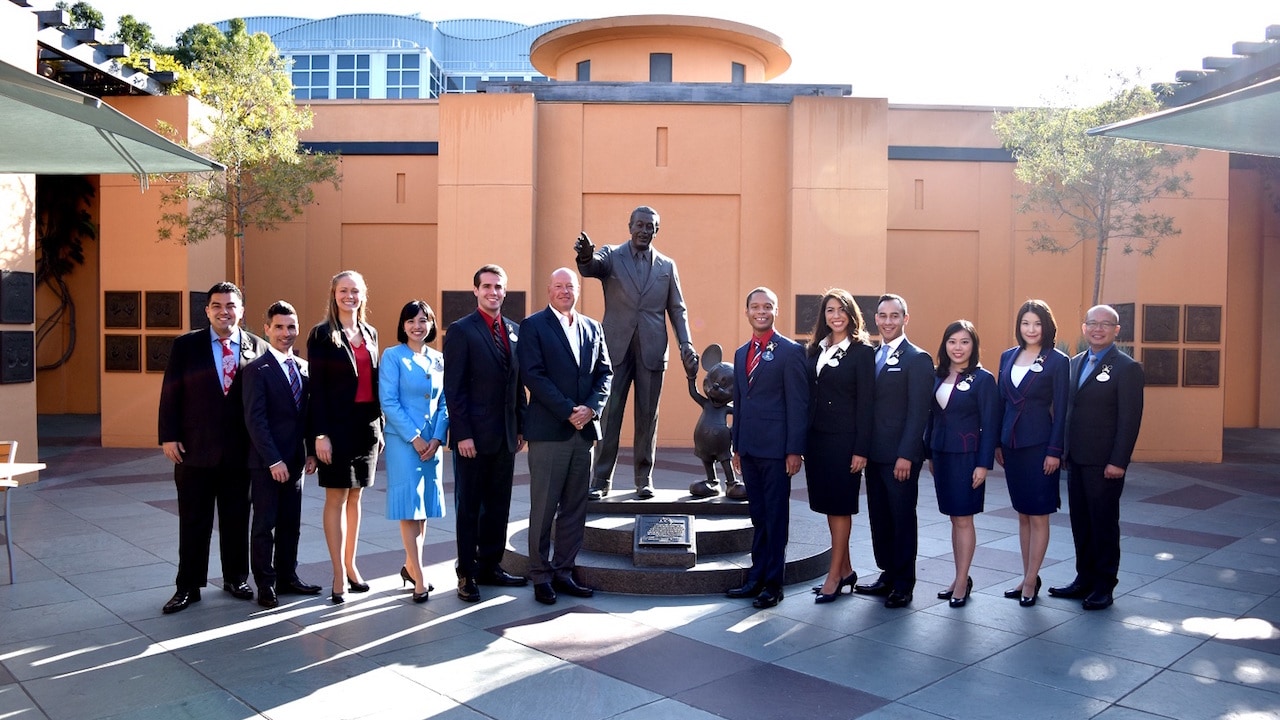 Last October, we introduced you to our 2017-2018 Ambassador team and highlighted the immersive training preparing them to represent Disney parks and resorts worldwide. Today, all that hard work has paid off and the team is celebrating their first day in the New Year! Congratulations to the team, pictured above with Walt Disney Parks and Resorts Chairman, Bob Chapek. From left to right:

From the original Disneyland in California to our new Shanghai Disney Resort, Disney Ambassadors are part of a longstanding tradition started by Walt Disney himself. Starting today, the new team will act as spokespeople, help lead community outreach and volunteer efforts, and act as emissaries of goodwill, representing our more than 135,000 cast, crew and Imagineers who bring Disney Parks to life around the world.

We’re excited to congratulate the team on their first official day on the job – and look forward to all of the exciting things ahead for Disney Parks in the New Year!