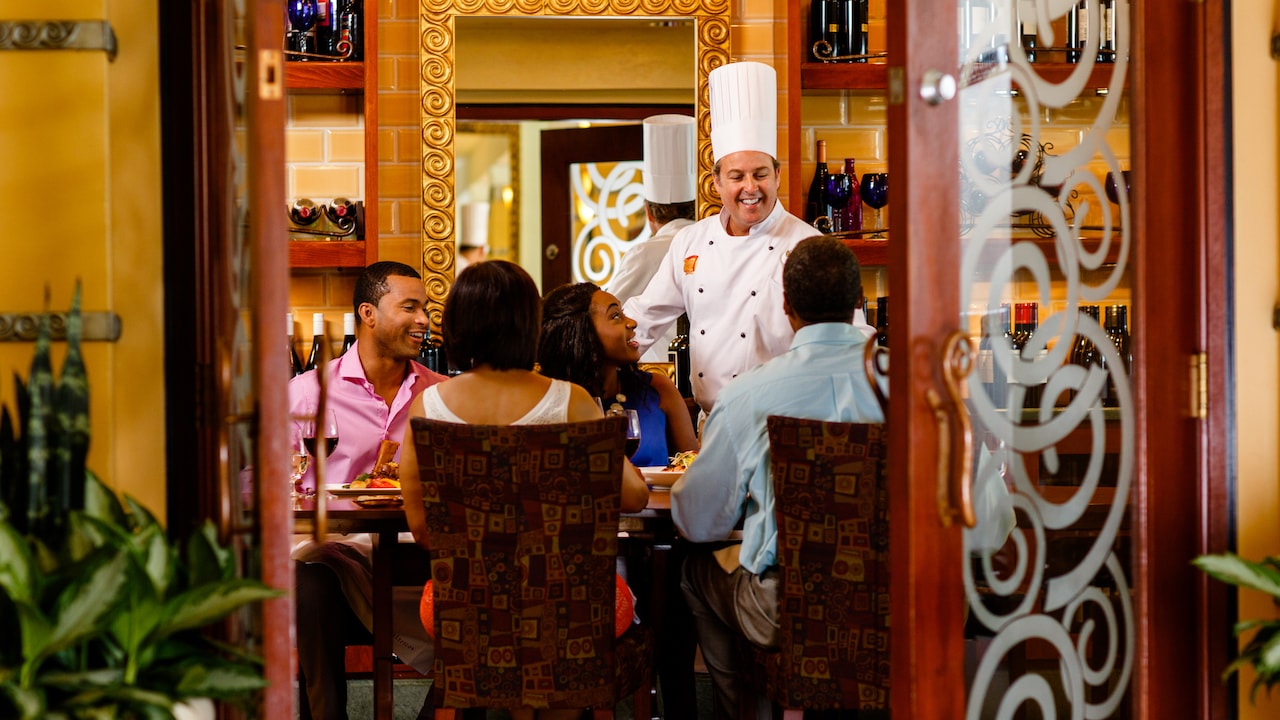 Imagine an intimate evening filled with delicious cuisine prepared just for you by an award-winning culinarian from Walt Disney World Resort. This year, the Walt Disney World Resort chefs launched a new dinner series to showcase the stellar talents of the culinary team; with unique and inspired culinary creations coupled with deliciously creative wine pairings. And the “Delicious Disney, A Chef Series” will continue in 2017 with the theme of “storytelling with food.” These dinners are a wonderful opportunity for epicureans to meet our amazing chefs as they prepare specially themed meals for you, our guests.

The dinners are often intimate (no more than 60 guests), and the kickoff for 2017 will be Jan. 31 at Cinderella’s Royal Table in Magic Kingdom Park. There will be nine dinners in all, in other locations including Markham’s at Golden Oak, Be Our Guest Restaurant in Magic Kingdom Park, and backstage at the Walt Disney World Tree Farm. See the full schedule below.

July 19th at 6:30pm
Enjoy the exotic and exquisite tastes of a journey Under the Sea
Featuring Flying Fish’s Timothy Majoras and Team
Location Markham’s at Golden Oak*

August 16th at 6:30pm
A Walk around the World with Disney
Featuring Culinary Director Edwin Wronski and the Flavor Lab Team
Location Markham’s at Golden Oak*

December 6th at 6:30pm
Farm to Table Dining Experience
Featuring a collaboration of our Disney Chefs
Location The Tree Farm