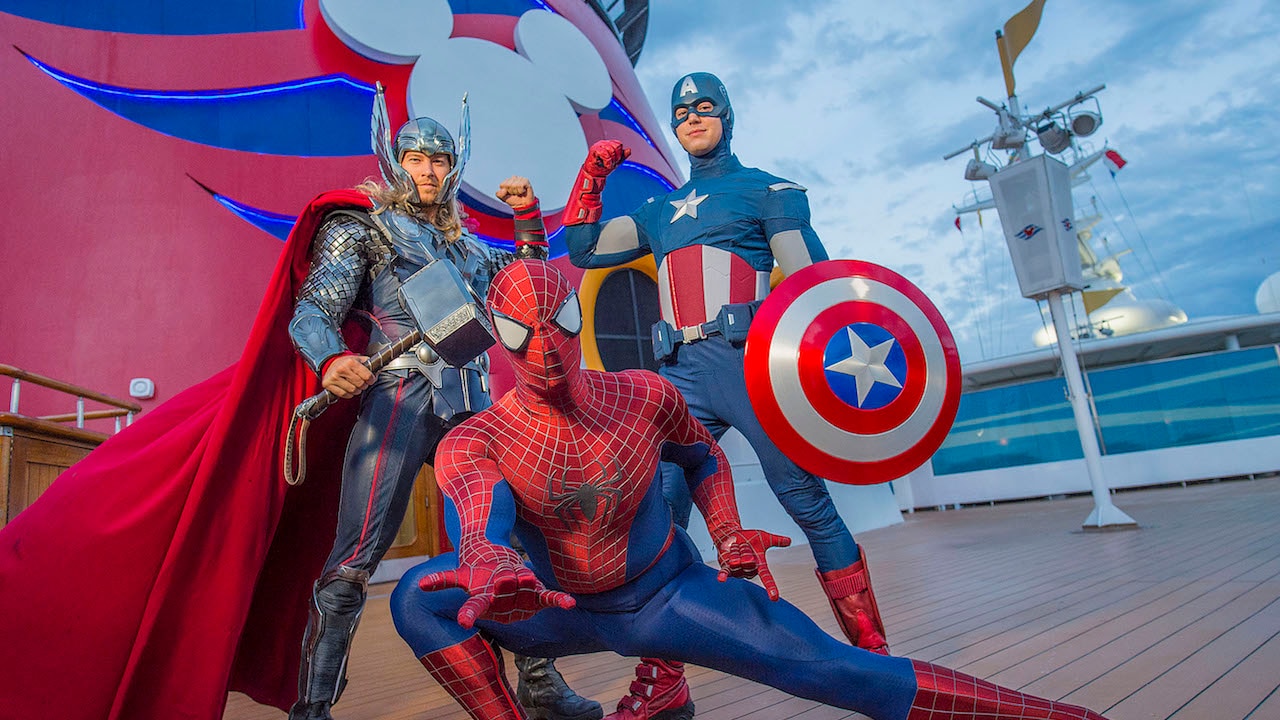 Just announced today, you have more chances to combine the thrill of the Marvel Universe with the excitement of a Disney Cruise!

We also unveiled new experiences in the lineup of immersive entertainment. The event features exclusive character interactions, including the debut of Black Panther and Loki as part of a Disney vacation experience. Marvel Day at Sea also marks the first official appearance of Iron Man on a Disney Cruise Line ship.

In the Walt Disney Theatre, a spell-binding new show featuring Doctor Strange will keep families on the edge of their seats. Doctor Strange will showcase his journey from doubter to practitioner as he demonstrates the power of the mystic arts. The show concludes with an epic battle where guests must help Doctor Strange against the Dark Dimension.

Occurring on one action-packed day during each of the special Disney Magic sailings, Marvel Day at Sea transports guests to a new realm of possibilities when the Marvel Universe assembles on the ship. The event features all-day entertainment including interactions with some of the mightiest Marvel Super Heroes and the menacing foes who oppose them, an extraordinary deck party, Marvel-themed youth activities, special merchandise and unique food and beverage offerings.

Also featured are exclusive at-sea screenings of fan-favorite films from the Marvel Cinematic Universe including the newest theatrical releases, as well as viewings of the Disney XD shows: Marvel’s Avengers Assemble, Marvel’s Ultimate Spider-Man and Marvel’s Guardians of the Galaxy.

Marvel Day at Sea from New York will be on seven- and eight-night Disney Magic Bahamian cruises departing on Oct. 6, 14, 28; Nov. 4, 11 and 18, 2017. All will include a stop at Disney’s private island Castaway Cay and Port Canaveral, Fla., with a day at Walt Disney World Resort. Marvel Day at Sea will be on one seven-night Canadian Coast cruise departing from New York on Oct. 21, 2017, with stops at Charlottetown, Sydney and Halifax.

To learn more about what you can experience during this unforgettable day-long celebration, check out my past posts: