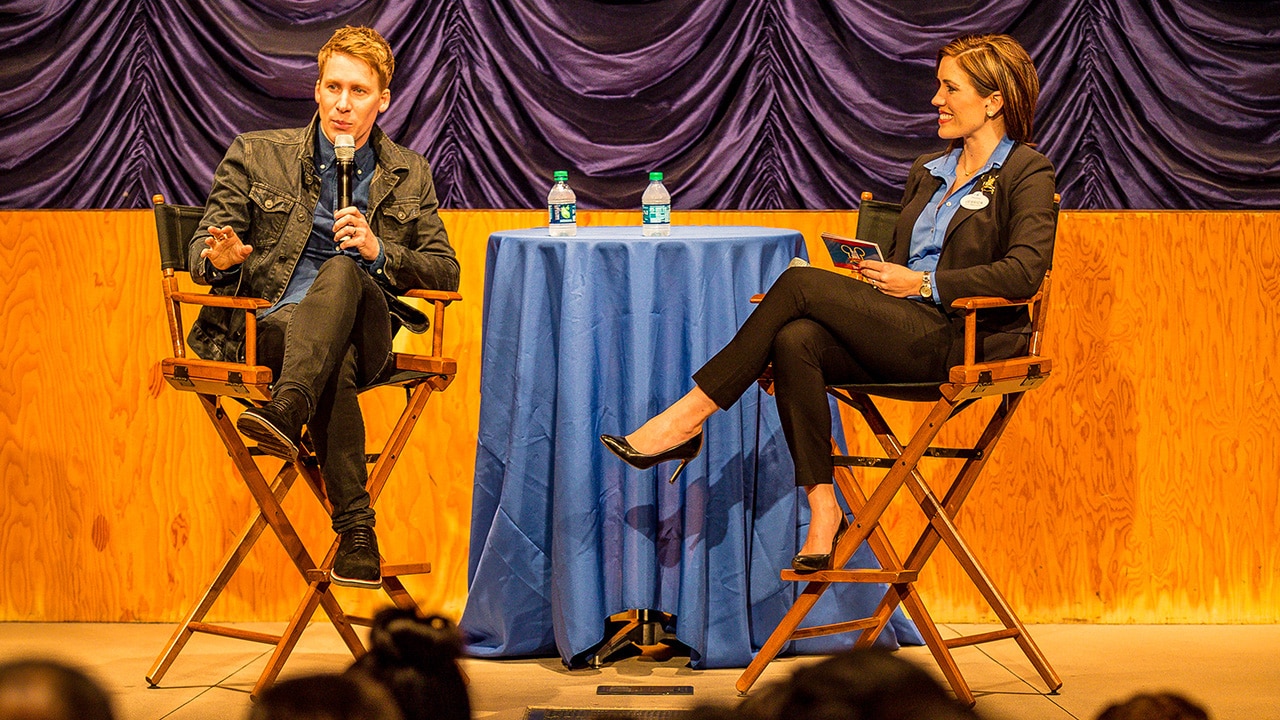 Disney Parks Blog readers know that one of the perks of being a Disney cast member is participating in unique experiences. Recently, the Diversity Resource Group PRIDE (People Respecting Individual Diversities in Everyone) hosted a panel discussion with Dustin Lance Black, the creator and executive producer of the ABC Television miniseries “When We Rise,” which chronicles the real-life struggles, setbacks and triumphs of the men and women who pioneered the LGBT U.S. civil rights movement. Participants also got a sneak peek of the premiere of the miniseries. “I thought, if ever there was an opportunity to bring the stories of my LGBT family to my other family, I only wanted to do it on that network we trusted – ABC, part of the Disney family,” Lance said. “To be able to bring the story of my LGBT family to the ultimate destination for families is a dream come true for me. In the end, we have this common language of family, no matter the color of your skin or the God you pray to or who you love.”

Walt Disney Parks and Resorts is known for actively fostering a community that sincerely welcomes, values and appreciates everyone. “The Disneyland Resort has a long history of supporting the LGBT community and equal rights for everyone,” said Patrick Reynolds, PRIDE co-chair. “We were so excited to partner with ABC to be able to have this conversation with Lance and the cast at the Resort.”