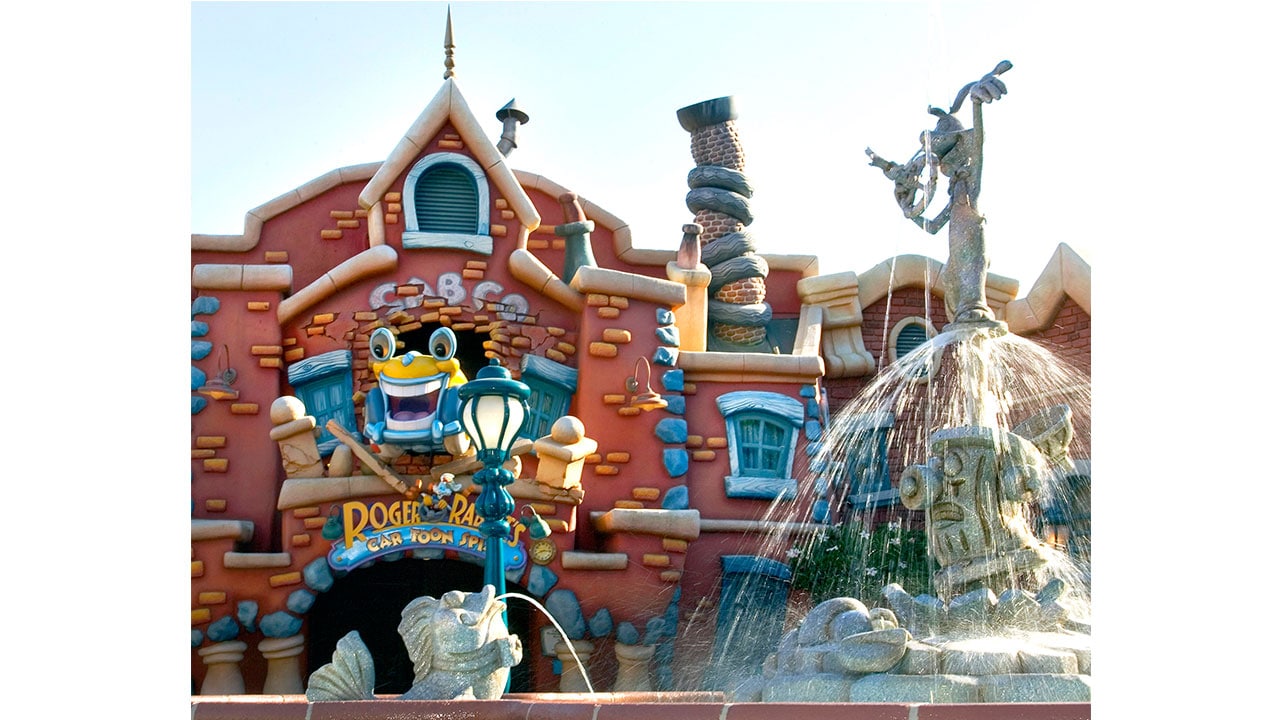 Head on over to Roger Rabbit’s Car Toon Spin for a wacky ride through the streets of downtown Toontown at Disneyland park! This “hare”-raising adventure is based on the 1988 Academy Award-winning film “Who Framed Roger Rabbit” directed by Robert Zemeckis and produced by Steven Spielberg.

In 1993, the Toon residents of Mickey’s Toontown opened their once-secret gates to the human guests of Disneyland Resort. With that, Toontown Cab Co. made the sound business decision to offer their new human friends free taxi rides through wild streets and alleyways. 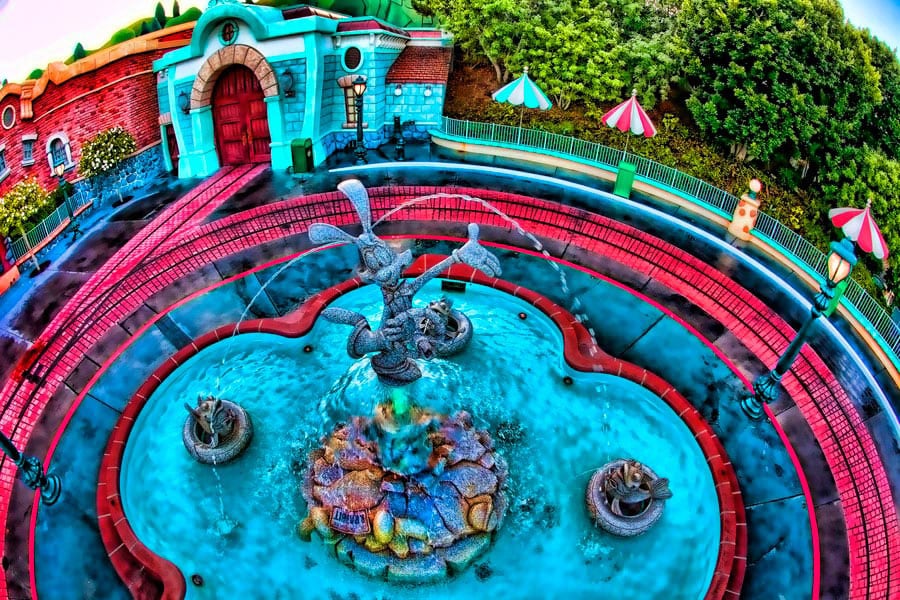 The first sight you see before you enter the queue is Roger Rabbit’s fountain, which was built not only to honor this colorful Toon rabbit, but also to keep him from crashing into the fire hydrant that once stood in its place. This flowing fountain features of statue of Roger Rabbit holding a taxicab steering wheel suspended upon an erupting column of water. Once you enter the building, you wind your way through through five entertaining scenes of the downtown district of Toontown as you wait to board your very own taxicab.

You then hop aboard a yellow and black taxicab with whitewall tires named Lenny, a cousin of Benny the Cab from the film, and whirl your way through the adventures of Roger Rabbit. On a mission to save the stunning starlet Jessica Rabbit from the no-good Weasels, you’ll maneuver around the nefarious green Toon-toxic Dip they have purposely been spilling on the streets. Each time a taxi rolls into the toxic dip, it starts to spin wildly. As a passenger of this zany cab, you can help steer it along, all while taking in the views of downtown Toontown in full 360 degrees.

I hope you’re inspired to take a spin on a Toontown Cab Co. taxi during your next visit to Mickey’s Toontown. Don’t forget to leave a comment letting us know which attraction inspired by the silver screen you’d like to see next!