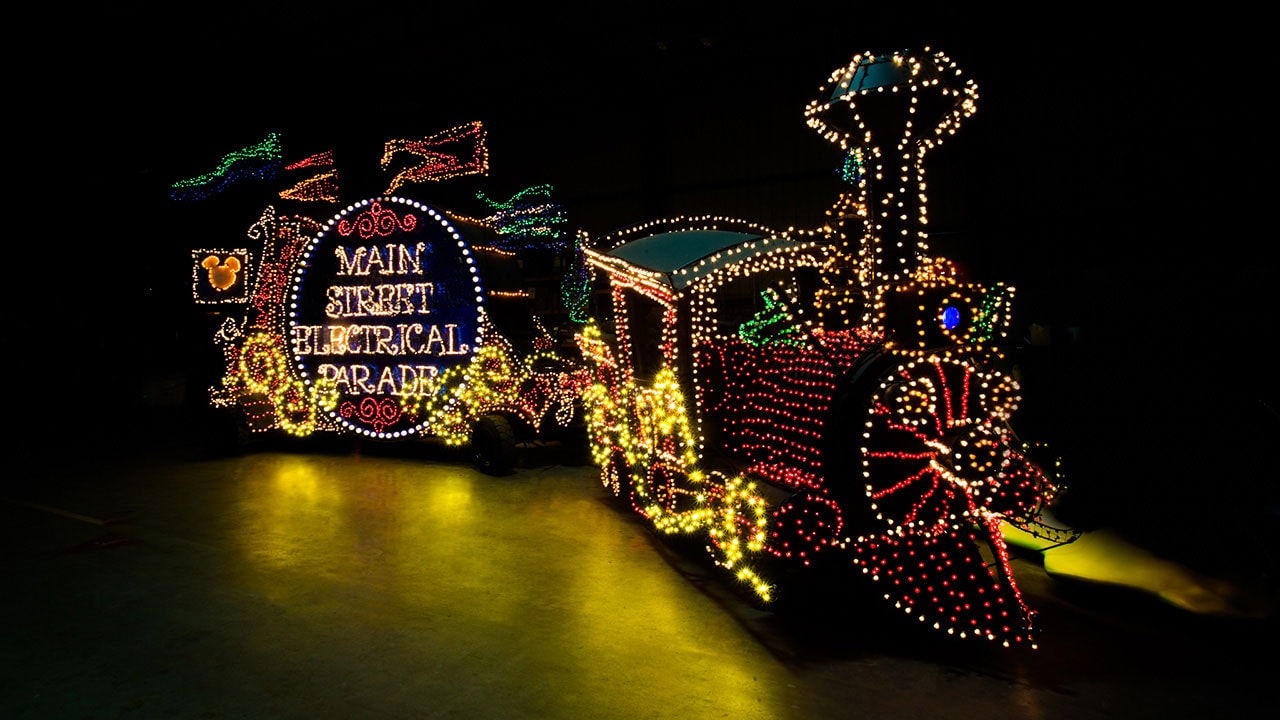 This quintessential Disney Parks parade lit up the night at Disneyland park from 1972-1996, returning in 2001 as Disney’s Electrical Parade when it began its run at Disney California Adventure park. At that time, the lead drum float was changed to reflect the parade’s new name. Now, with the Main Street Electrical Parade returning to Disneyland park for the first time since 1996, the float has been updated to reflect the parade’s original title.

The Main Street Electrical Parade was performed more than 3,600 times for more than 75 million guests during its original run in Disneyland park, and has been seen at Disney Parks around the world. On Jan. 19, guests are invited to celebrate the parade’s return and to ride their favorite attractions over and over in a special, limited-capacity premiere event! Tickets are on sale now, so click here for more information.