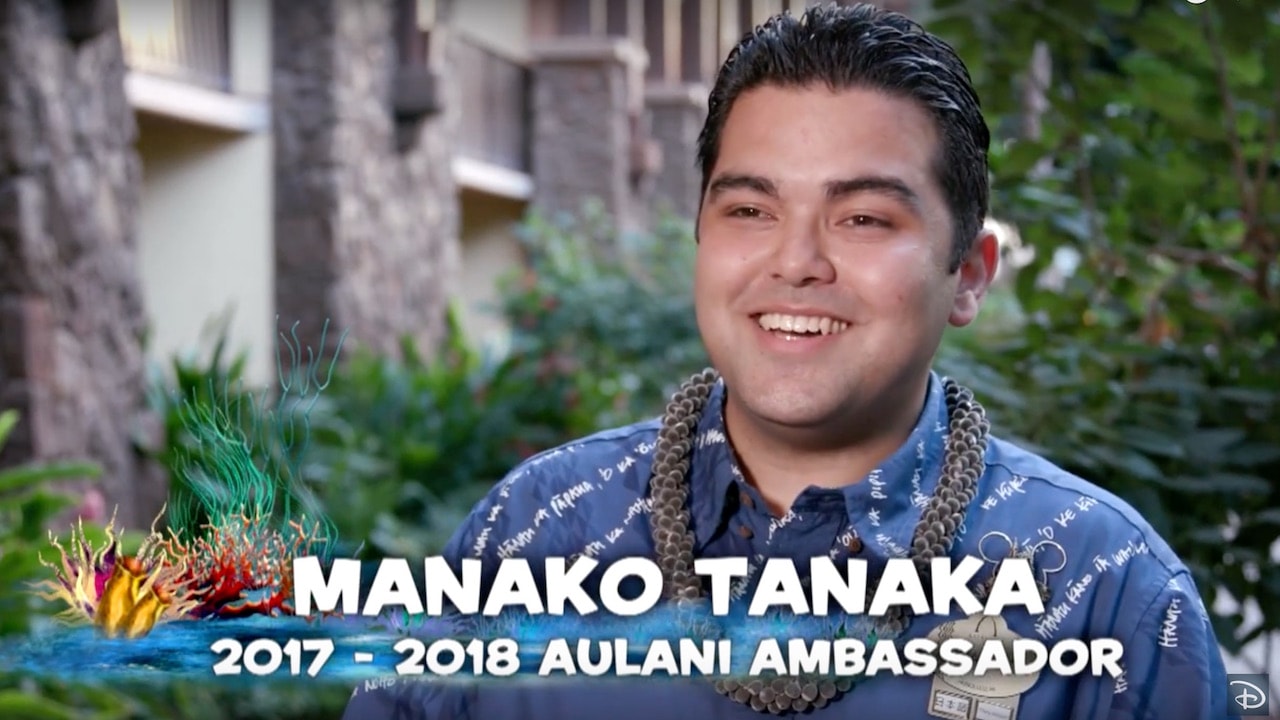 You may have read the post by former Ambassador Janelle Sanqui announcing the new 2017-2018 Aulani Ambassador and today I’m pleased to officially welcome Manako Tanaka to his new role!

If you’ve visited Aulani Resort, there’s a good chance you may have met Manako. He is a Front Office cast member and also serves as a Cultural Greeter, welcoming and engaging guests in the Maka‘ala Lobby. It’s hard to miss his lively personality and love for the Hawaiian culture!

Meet Manako in the video below!

Manako will be authoring a series on the Disney Parks Blog focused on one of his passions: the Hawaiian language. Stay tuned to learn more about him and the stories he has to share!