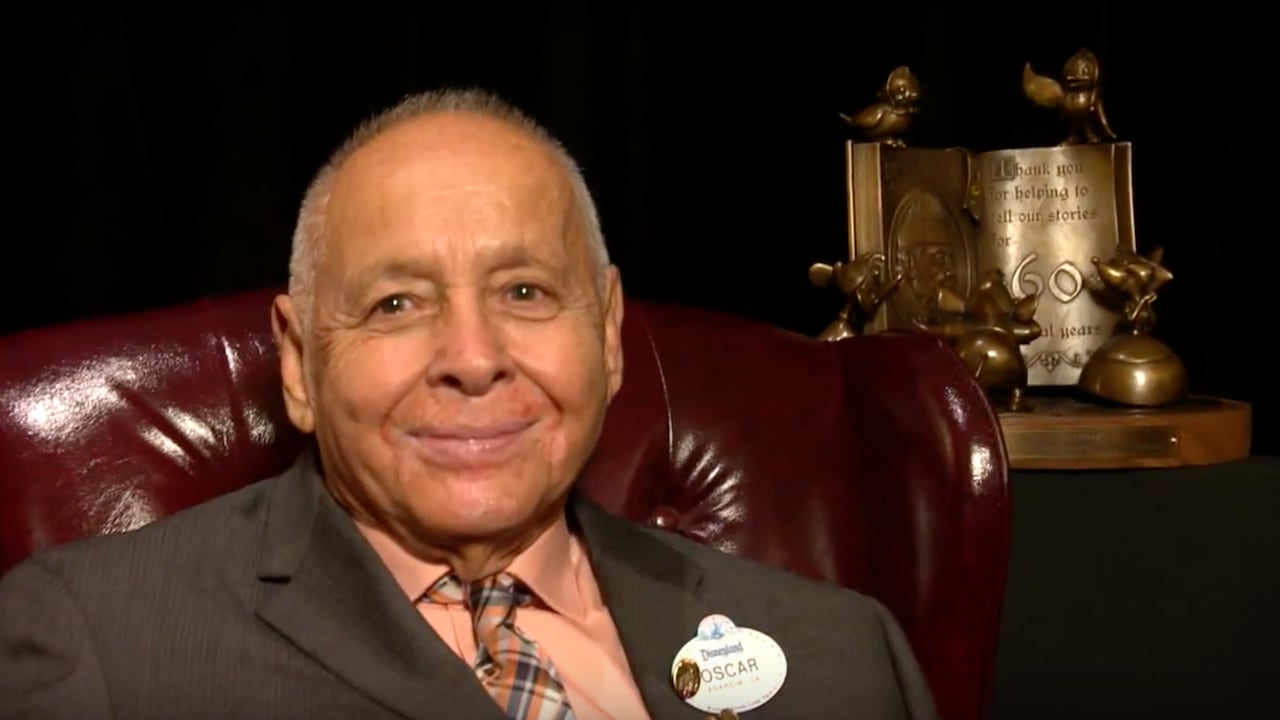 The ice cream isn’t the only original at Carnation Café.

Oscar Martinez, the longest-tenured cast member at the Disneyland Resort, recently celebrated his 60th year working at the resort – the last 50 of them working at the café on Main Street, U.S.A. Originally, Oscar worked in Fantasyland quick-service locations, and over the years, trained many new cast members, including grill cooks from Tokyo Disneyland.

After years spent whipping up breakfasts and lunches for guests, Oscar now spends a lot of his time greeting guests at Carnation Café, where his breakfast potatoes are featured in a menu item named in his honor.

On Jan. 17, a couple of weeks after his Dec. 29 service anniversary, Oscar was presented with an award created just for him at Walt Disney Imagineering. The inspiration was “Cinderella,” a movie that has never been used to help design a service anniversary award.

Learn more about Oscar and his award in this video!