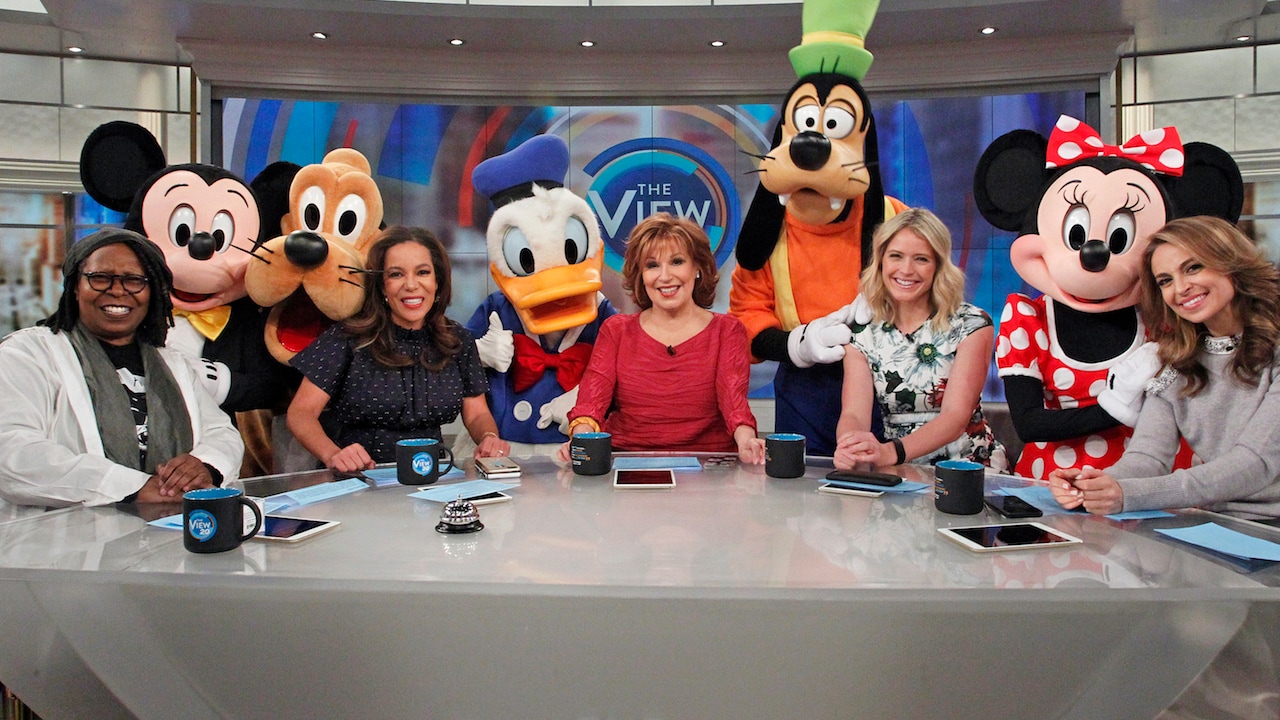 If you haven’t watched today’s episode of ABC’s Emmy Award-winning show “The View,” you are missing out on some exciting news! The View co-hosts (Whoopi Goldberg, Joy Behar, Sara Haines, Jedediah Bila, Sunny Hostin and Paula Faris) were joined by some very magical friends to announce they are going to Walt Disney World Resort in March to broadcast the show at Disney’s Animal Kingdom. The Tree of Life will be the magical setting for the show’s first time broadcasting from Walt Disney World Resort.

Keep watching The View and reading the Disney Parks Blog to get ticket information for these shows. The fun doesn’t end there! The hosts want YOU to come down and experience all the endless magic Walt Disney World Resort has to offer. The View’s Magic is Endless Sweepstakes presented by American Tourister is offering the chance for three lucky viewers to win grand-prize packages including a Walt Disney World vacation for themselves and up to three guests and attend the taping of “The View” at Disney’s Animal Kingdom. Winners will also receive a $500 Disney gift card.

The entry period ends January 29 at 11:59 p.m. ET. The View’s “Magic is Endless” Sweepstakes is open to legal residents of the 50 United States & District of Columbia, 18 or older. No purchase necessary. Winners must travel between March 3-8, 2017. Viewers can learn more and enter for a chance to win at www.TheViewMagicIsEndlessSweepstakes.com or by visiting The View’s homepage at abc.com/theview, which contains full details and Official Rules.

Want to see how this all went down in the studio? Check out the blog tomorrow afternoon to see a behind the scenes video with the co-hosts of The View!