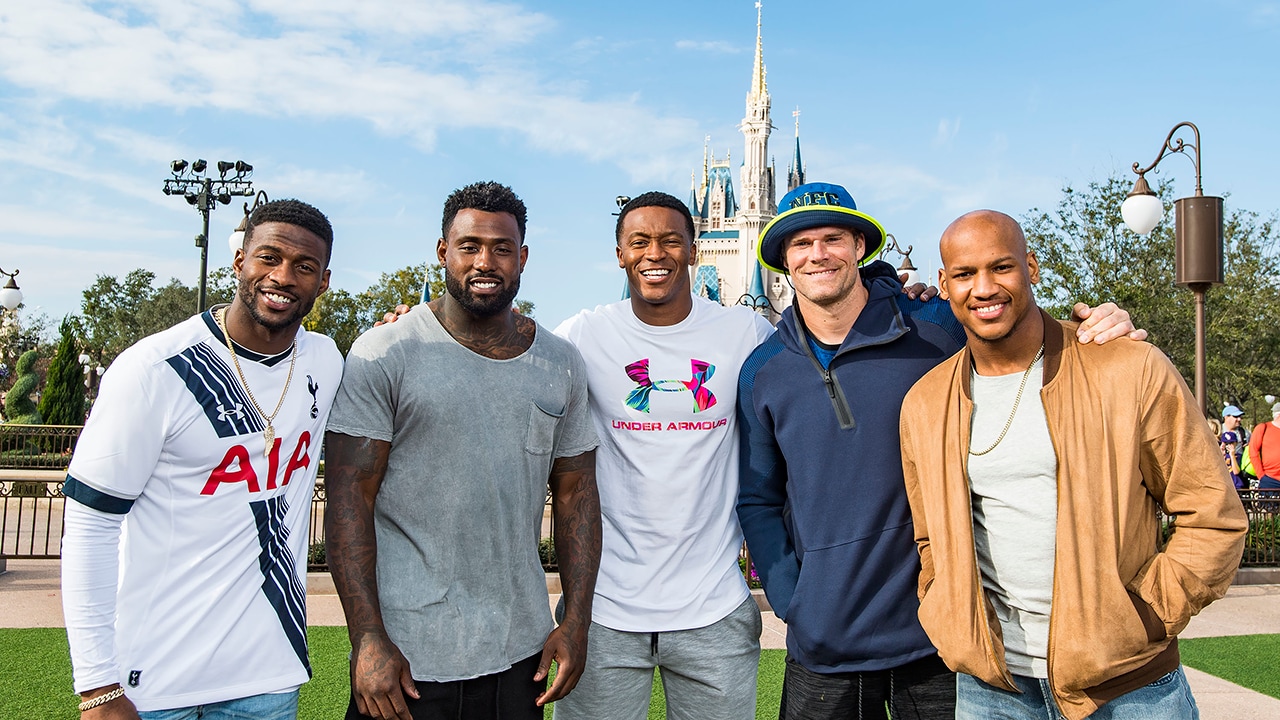 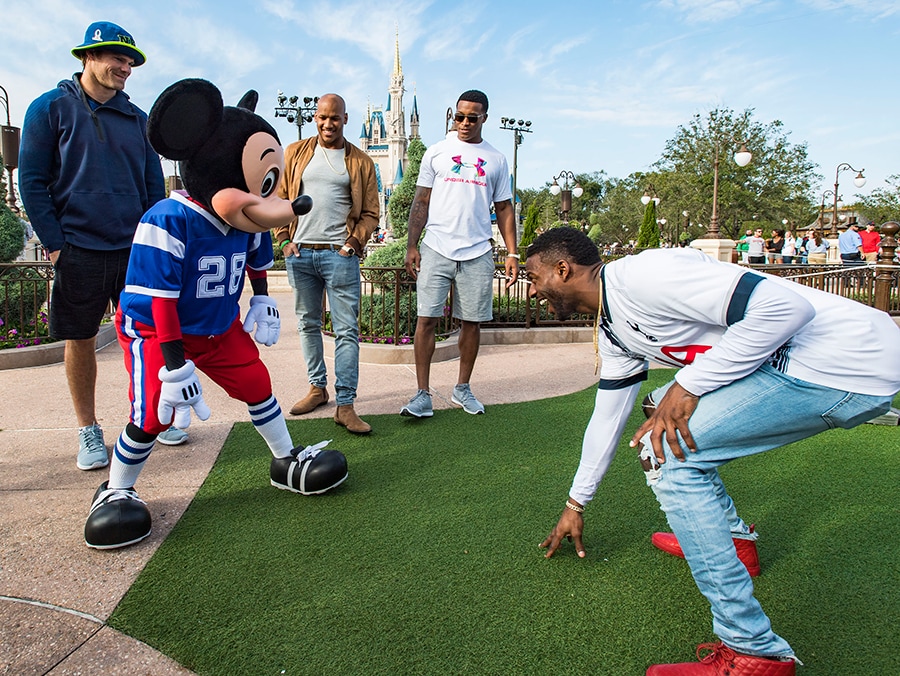 The players were joined by Mickey Mouse and his pals, NFL cheerleaders and other special guests for their ride down Main Street, U.S.A.