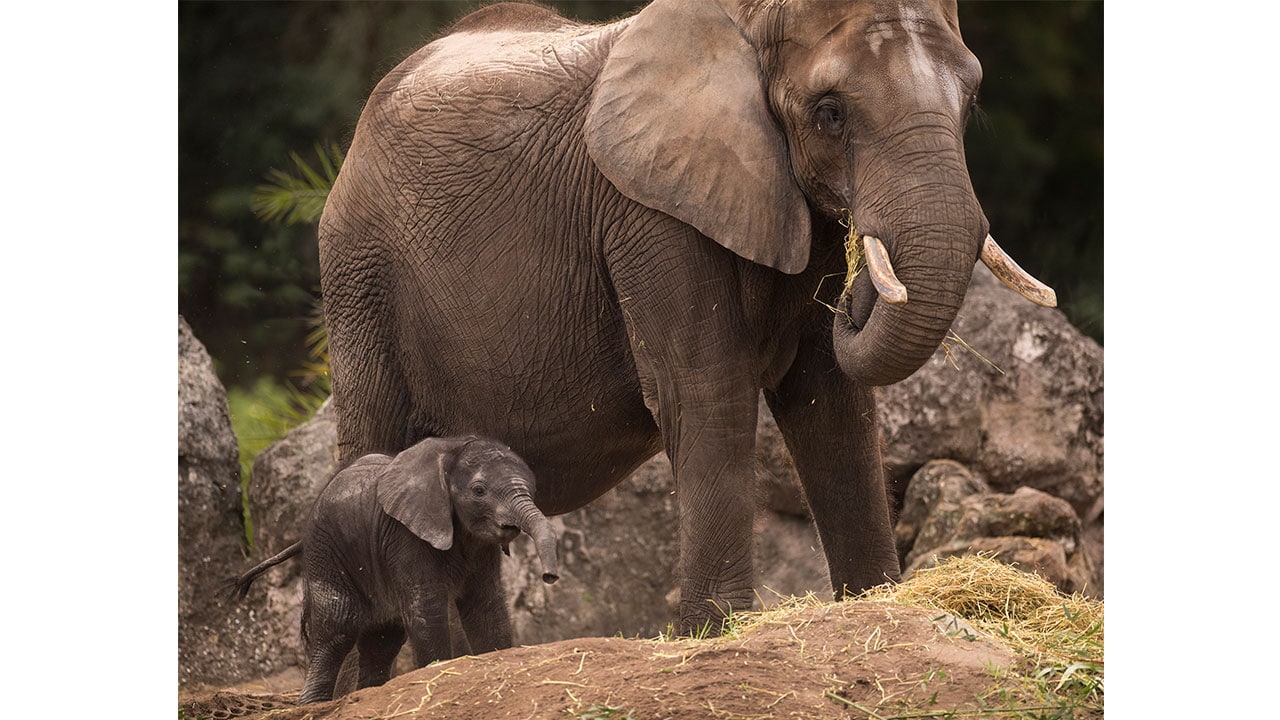 On behalf of Disney’s Animals, Science and Environment team, I’m thrilled to introduce you to Stella, a female elephant calf born recently and now exploring the savanna at Kilimanjaro Safaris. Stella’s mother is 28-year-old Donna, who gave birth to the park’s seventh elephant.

Donna and her baby spent a short time backstage where Stella began nursing, bonding with mom and getting to know some of the other elephants in her family. This is the third calf for Donna, who has given birth to two other female calves, Nadirah in 2005, and Luna in 2010. Stella raises the number of elephants in the Disney’s Animal Kingdom herd to 10, including three males and six females. Donna became pregnant through natural breeding in January 2015 and received extensive pre-natal care throughout her pregnancy. In addition to regular ultrasounds, veterinarians, scientists and elephant managers monitored Donna’s hormone levels on a daily basis to help them determine when she would give birth.

Our elephant program makes an important contribution to the worldwide conservation and understanding of these amazing creatures. In fact, our scientists study the behavior and vocalizations of our elephants, and have learned a lot about how they communicate with each other. We have used this knowledge to work with Save the Elephants on the Elephants and Bees project to fund the development and installation of beehive fences around farms in Kenya, which not only protect the farmers and their crops from elephants, but also help protect the elephants from the farmers. Elephants instinctively avoid African honey bees, keeping them safe from human conflict.

Learn more about elephants at Disney’s Animal Kingdom and what we’re doing to help Reverse the Decline of elephants in the wild. And remember to check the blog for updates on Donna and Stella.