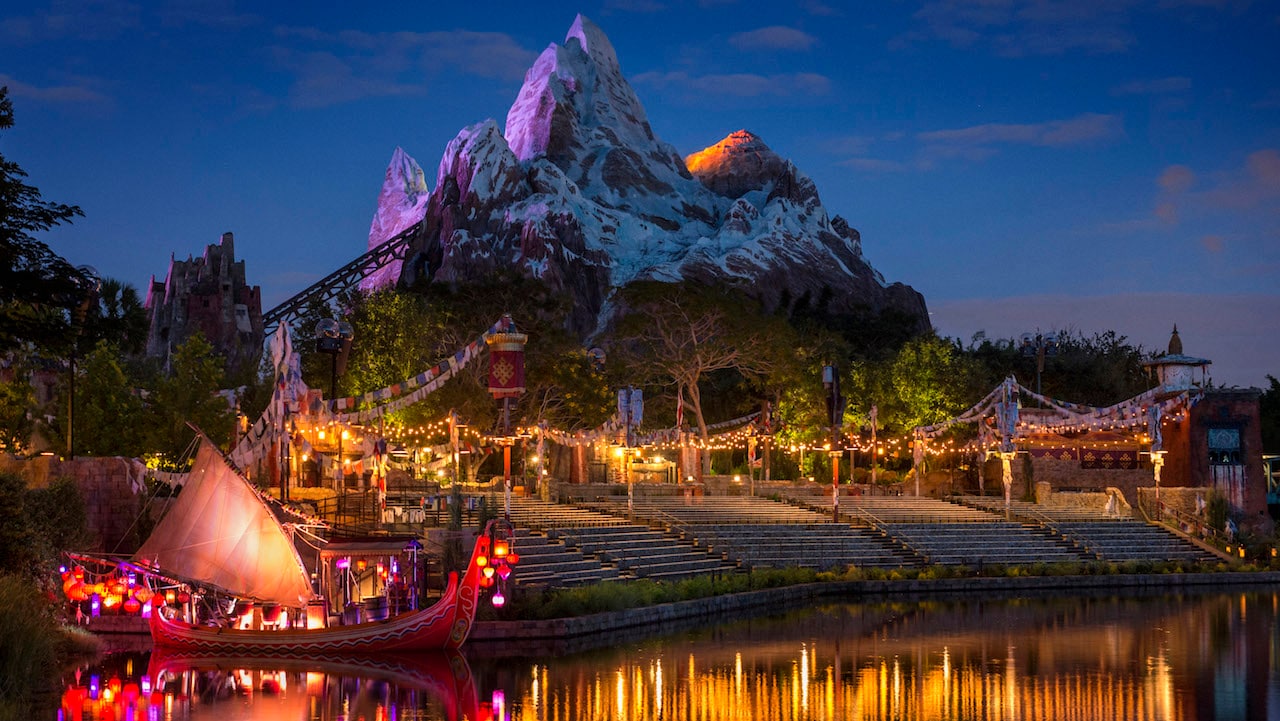 All in the Details: Storytelling at Rivers of Light’s Discovery River Amphitheater

We’re closer than ever to the debut of “Rivers of Light,” the newest nighttime offering that’s set to debut at Disney’s Animal Kingdom on February 17. Today we have a fascinating peek at the intricate details of the show’s Discovery River Amphitheater to share with you. 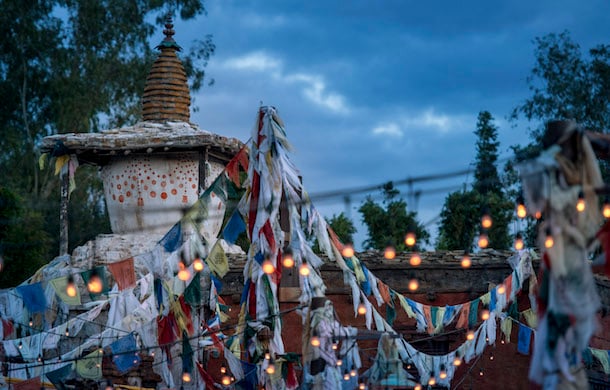 The amphitheater, which was designed for “Rivers of Light,” offers much more than seating for the show – it was actually designed as a key part of the show’s storytelling. According to our friends at Walt Disney Imagineering, the amphitheater is split by the Discovery River, which forms two “villages” on the two separate embankments – The Serka Zong Marketplace and the Discovery River shoreline. As guests at the show, you’ll be seated in one of these areas and “welcomed” into the village.

If you stop and examine the smaller details of the Discovery River Amphitheater, you’ll find fascinating detail inspired by Nepalese culture and architecture influenced by some of the most sacred places in the Eastern World. For example, the two gated portals marking the entrances to the amphitheater boast painted lotus flowers, an important symbol throughout Asia that represents enlightenment (The lotus is also an important symbol you’ll see during the “Rivers of Light” show). The doorways themselves are marked with skydoor icons that protect the inhabitants from evil spirits. 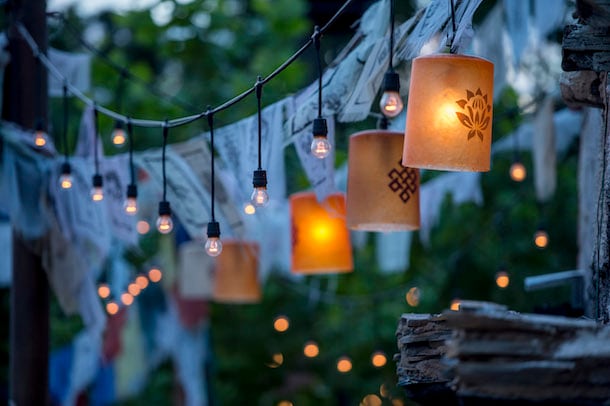 Other elements found in Discovery River Amphitheater were inspired by some of the most revered places in Nepalese culture. Tiered stacked stones were influenced by those at Pashupatinath Temple in Nepal. You’ll also find colored prayer flags, garlands, lanterns and bells which are common in high altitude Nepalese Villages along the Kali Gandaki River. Metal poles that are covered in tangled wire, lights and signs are symbols of modern life in Nepal.

Keep your eye out for a pole that includes a large parasol, which represents wisdom, compassion, and protection.

For more on “Rivers of Light,” check out our list of related posts:

Likes (2)
Share All in the Details: Storytelling at Rivers of Light’s Discovery River Amphitheater