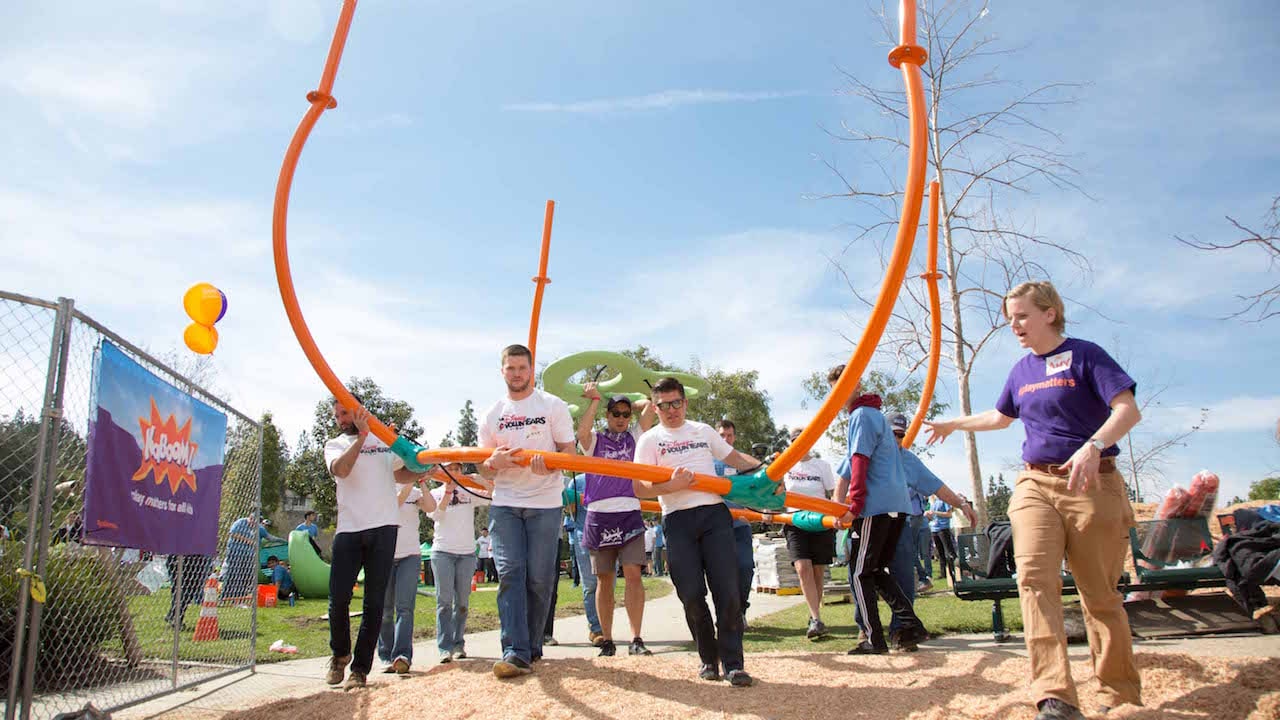 As you may recall, last summer the Disneyland Resort asked Anaheim, Calif., residents to vote for the location of their next Disney-sponsored KaBOOM! playground. After receiving an overwhelming number of votes, the Resort pledged to build five more playgrounds in Anaheim. The first was assembled last Saturday at Imperial Park! 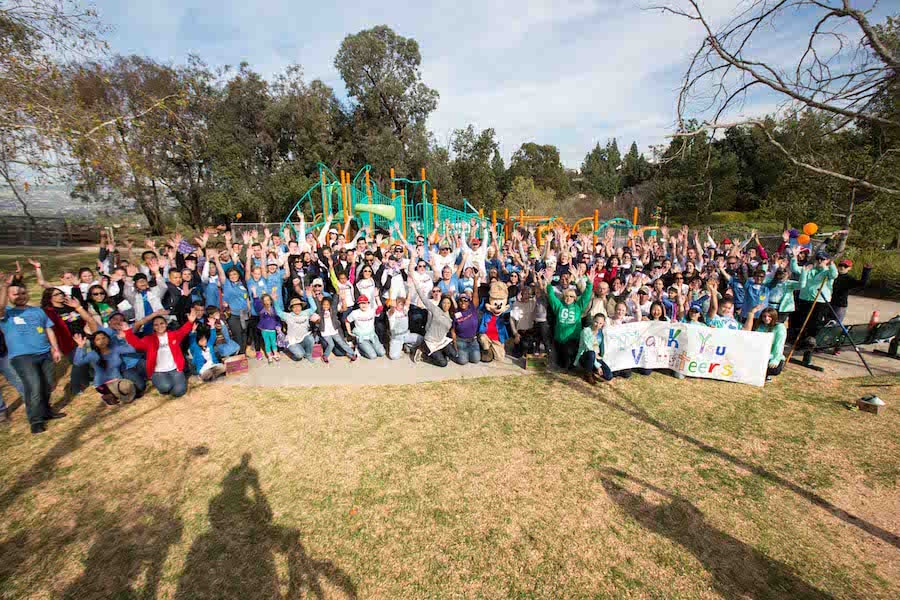 More than 200 volunteers from Anaheim, KaBOOM!, Girl Scouts of Orange County and the Disneyland Resort constructed the playground – the eighth Disney-sponsored KaBOOM! playground in Anaheim – after the existing playground was removed due to age.

“A key ingredient in healthy communities is park playgrounds,” said Brent Dennis, director of Community Services for Anaheim. “This collaborative partnership celebrates the spirit of kindness and community. Here’s to many years of great fun and healthy recreation within Imperial Park.”

Over the next few years, Willow Park, Julianna Park, Pearson Park and Barton Park will each get new playgrounds, bringing a total of 12 Disney-sponsored KaBOOM! playgrounds to Anaheim and giving more than 19,000 children a place to play!