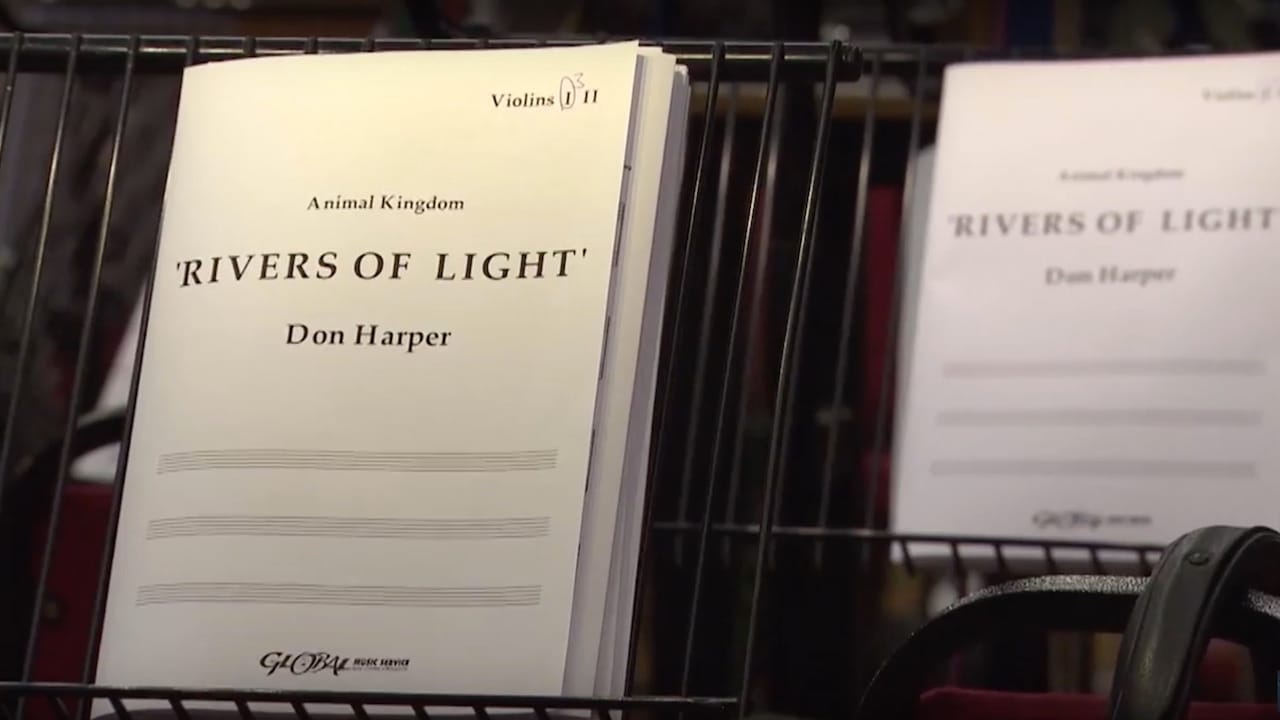 Behind the Scenes: Inside the ‘Rivers of Light’ Music Recording Session

“Rivers of Light,” the new show just debuted at Disney’s Animal Kingdom, bringing more nighttime fun to the park than ever before.

We’ve previously shared behind-the-scenes looks at the making of the costumes and storyline for “Rivers of Light,” which takes guests on a journey that explores the deep relationship between the human and animal world. Today, we’re exploring how “Rivers of Light” tells a critical piece of that story through its original score.

According to the Walt Disney Imagineering Creative Entertainment team, composing a score for the show involved creating a “soundscape” that would accentuate the animals’ journey along the Rivers of Light. In order to represent all the animals on earth, the score, which was recorded at Abbey Road Studios in England, features a global selection of instruments, including a duduk, bansuri flute, erhu, Chinese Opera Drums and Taiko Drums.

Take a peek inside the recording session yourself in the video below.

Will you see “Rivers of Light” on your next visit to Disney’s Animal Kingdom? Tell us in the comments section below.

Likes (1)
Share Behind the Scenes: Inside the ‘Rivers of Light’ Music Recording Session