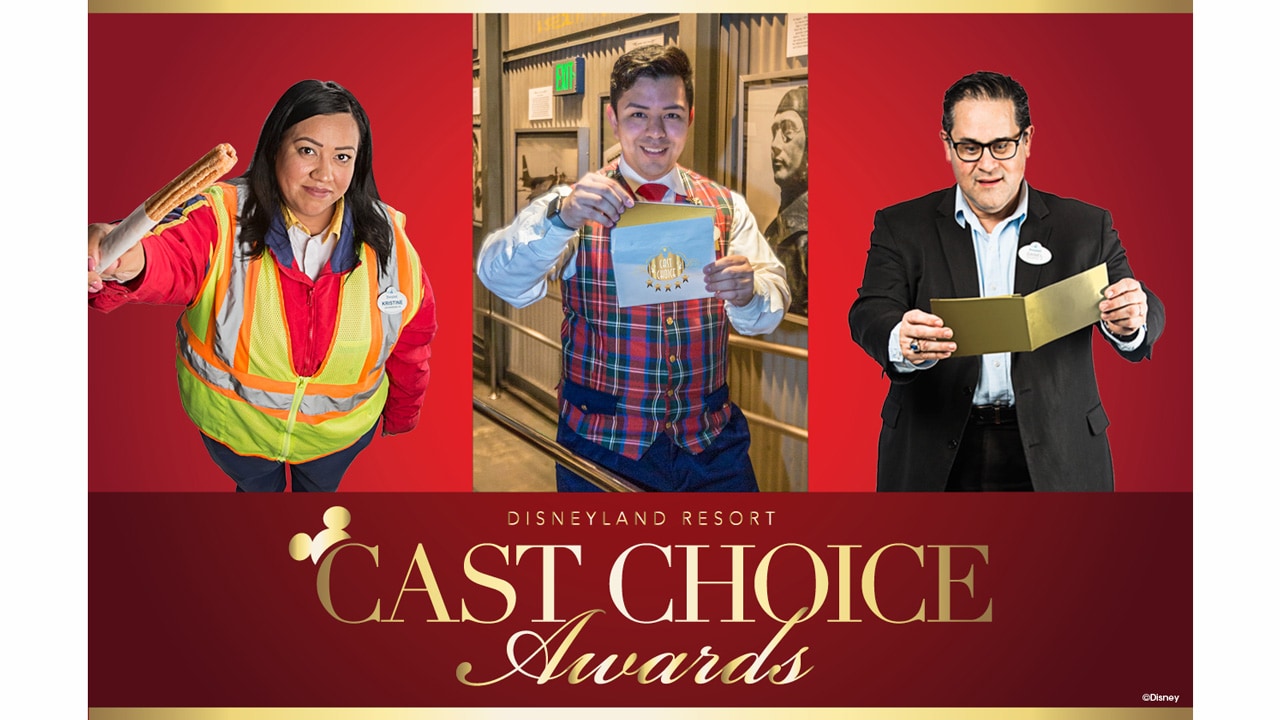 We’re getting excited for the The Oscars® on ABC this Sunday, and that made us wonder what would happen if we asked the ultimate Disneyland Resort insiders — our very own cast members — to choose their favorite attractions, entertainment, shopping, dining and even snacks.

Almost 1,400 of our cast members did just that recently by voting in our first-ever Disneyland Resort Cast Choice Awards, selecting a diverse array of experiences from time-honored favorites to buzzworthy best-kept secrets. Now, the envelope, please…here are the winners:

Disneyland Park: Haunted Mansion
Whether it’s when grim, grinning ghosts are out to socialize, or when Jack Skellington adds his own style of holiday cheer, this New Orleans Square classic is cast members’ spirited year-round favorite.

Disney California Adventure Park: Soarin’ Around the World
Now cleared for takeoff beyond the Golden State, this Grizzly Peak favorite flew to the top of cast voters’ itinerary. Said Guest Relations Host Marvin Herrera, “I get goosebumps every time I experience this fantastic attraction!”

Disneyland Park: Emporium
Doesn’t matter if it’s first thing in the morning or last thing at night, this Main Street, U.S.A., mainstay is cast members’ preferred stop for must-have souvenirs from throughout the park.

Disneyland Park: Blue Bayou Restaurant
Cast members love the immersive atmosphere of this New Orleans Square restaurant, where Cajun and Creole favorites are served at an antebellum mansion under the shooting stars.

Hotels of the Disneyland Resort & Downtown Disney District: Steakhouse 55
This tucked-away, upscale Disneyland Hotel highlight dazzles cast members with its premium steaks and delectable desserts. Said Pacific Wharf Food and Beverage Manager Daniel Cordova, “The air is electric. It feels as if legends are always sitting at the next table.” Insider tip: breakfast here is fantastic, too.

Churros
Simply put, cast members <3 churros as much as you do. Said Resort Transportation and Parking Hostess Kristine Castellanos, “There are many churros all over the world, but nothing like the taste of the Disneyland churro.”

Hotels of the Disneyland Resort & Downtown Disney District: Goofy’s Kitchen
A-hyuck! Not only is this Disneyland Hotel buffet a cast favorite for rubbing elbows with classic Disney characters — it also ranked among their favorite resort dining experiences. (Chef Goofy’s peanut butter and jelly pizza is a must-try culinary classic.)

“Fantasmic!”
Cast members can’t wait to head back into the world of Mickey Mouse’s imagination. This Rivers of America nighttime spectacular will return infused with new magic this summer. Said Daniela Juarez from Disneyland Hotel Housekeeping, “It reminds me of why I started working here in the first place. Also gets me right in the feels every time.”