The date was March 28, 1997 and pop singer Jewel had a hit song climbing the music charts. Meanwhile, another “jewel” was taking off as Walt Disney World Resort swung open the gates for the first time to its new sports complex. 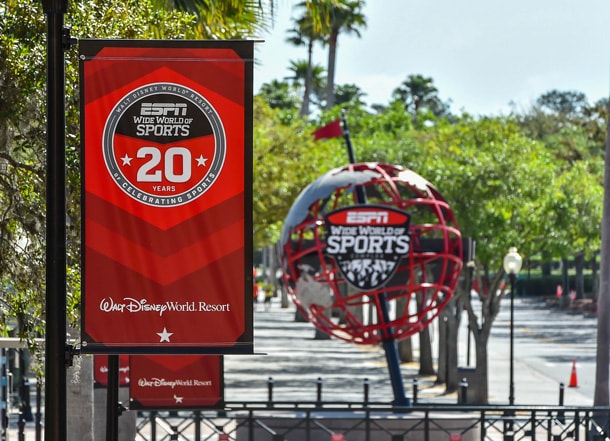 Now, 20 years later, that sports venue, ESPN Wide World of Sports Complex, continues to attract youth, college and professional athletes from around the world to a magical place where sports dreams come true almost every day. With more than 100 sports events held there annually, the sports complex stands as the preeminent venue for youth and professional sports in the nation. We celebrated the 20th anniversary of the sports complex today with commemorative 20th anniversary merchandise, nostalgic entertainment from 1997 and a special moment during the Braves-Orioles spring training baseball game when we recognized the 18 cast members who’ve been a part of the venue since it opened.

It was a fitting tribute to a pioneering vision that blazed a new trail in youth sports tourism, spawning the proliferation of countless other youth sports complexes around the country that are part of what now is an estimated $7 billion youth sports industry.

But the 20th anniversary celebration won’t end today. There will be more tributes throughout the year that commemorate the anniversary and emphasize the positive impact of youth sports. Additionally, there will be new sports-related initiatives announced that will continue Disney’s long-standing support of youth sports nationally and that will continue to drive tourism in Central Florida for the next 20 years and beyond.