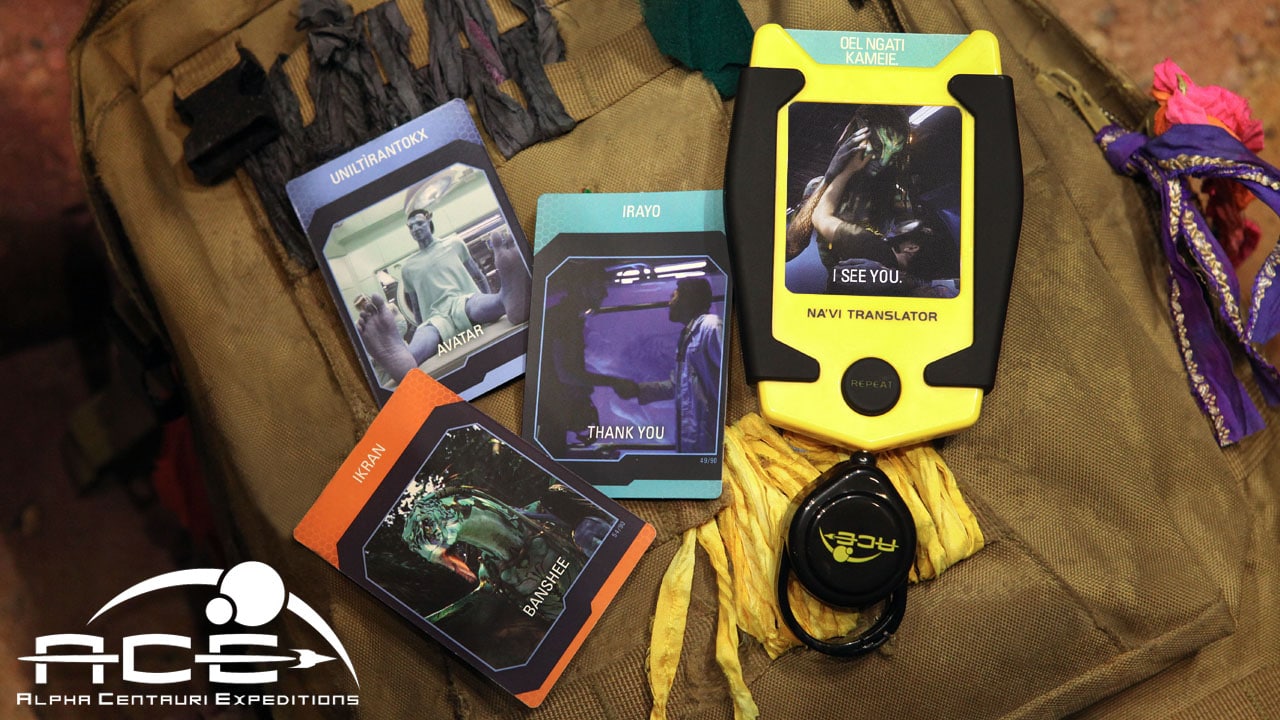 The excitement for the opening of Pandora – The World of Avatar at Disney’s Animal Kingdom continues on April 6 with the release of the second pin in our Countdown to Pandora collection. You may recall reading in early March about the three countdown pins leading up to the opening on May 27. In the spirit of counting down, I’m delighted to share a sneak preview at another item that will immerse guests in their in-park experience like never before and connect them to this exotic new land. I recently spoke with merchandise product developer Cody Hampton about how guests can prepare for their visit this summer when the Na’vi Translator is released. 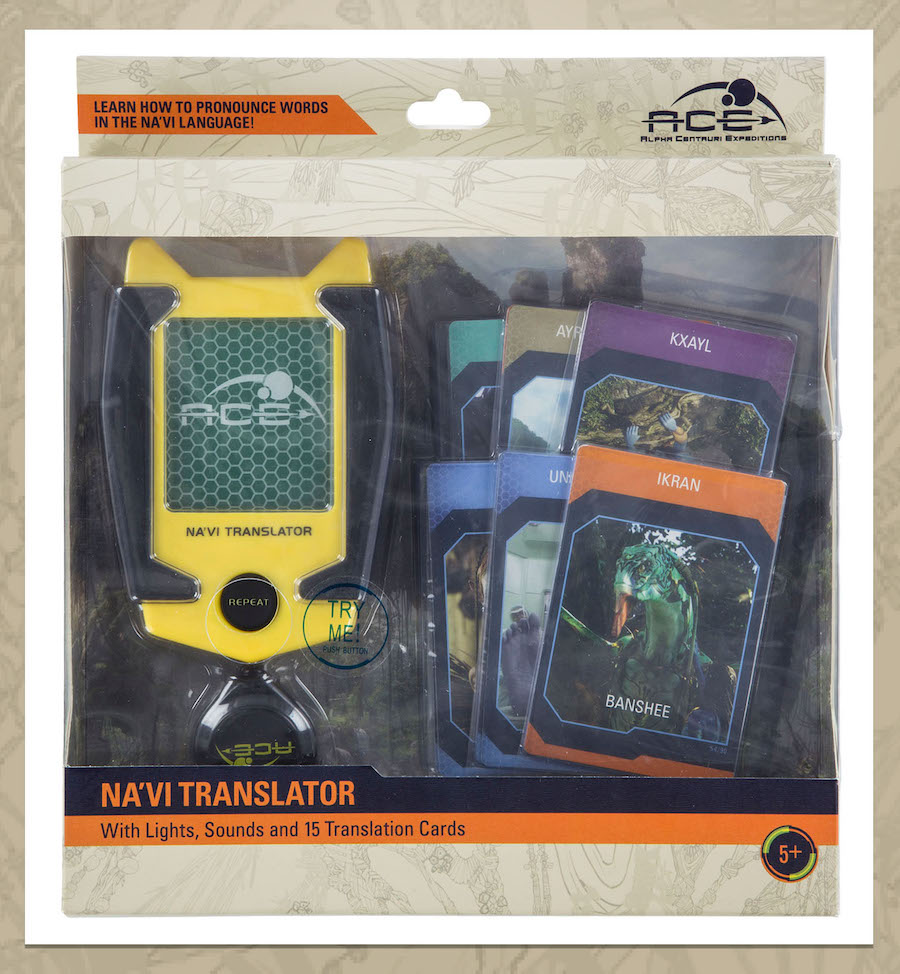 “This device was originally developed by Alpha Centauri Expeditions founder Marshall Lamm,” explained Cody. “The Na’vi have no written language, so the translator will be a helpful tool for any human visiting Pandora. Guests using the translator can learn how to pronounce 90 Na’vi words using interchangeable translation cards. The device also lights up at night, which makes it perfect for nighttime explorations on Pandora.”

The Na’vi Translator set will come packaged with 15 translation cards. The device has a clasp that extends up to 12-inches and can be attached to a belt or backpack.

Additional translation cards will be sold in trading card packs, each containing eight randomly selected cards. There are some common cards such as Nouns (Blue) and Adjectives (Purple). Other cards will be less common to find in the trading packs including Animals (Orange), Phrases (Aqua), and Landscapes (Tan). The rarest cards are Plants (Green) and Gear (Yellow).

“When selecting the words and phrases for this set, we thought about the most essential words a guest might use when exploring another country on Earth,” continued Cody. “My favorite word is ‘Ikran’ which means ‘Banshee.’ I must have said that word hundreds of times while developing products for Pandora [laughs].”

Cody partnered with Lightstorm Entertainment and Dr. Paul Frommer, creator of the Na’vi language for “Avatar,” to acquire audio recordings of spoken Na’vi words for the translator. 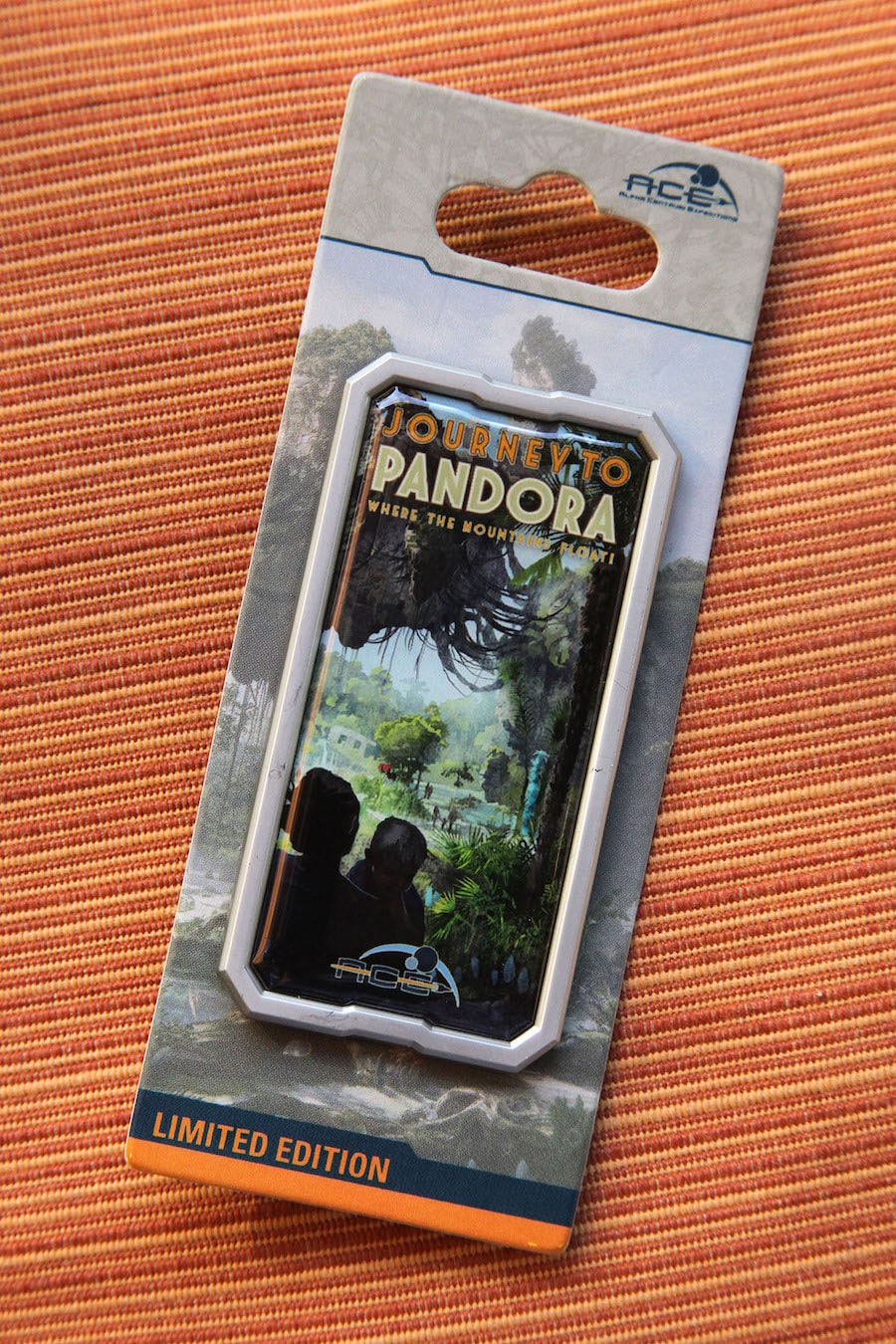 Look for the Na’vi Translator in Windtraders on Pandora this summer. Until then, I hope you will join us on April 6 at Discovery Trading Company in Disney’s Animal Kingdom for the release of the new limited edition pin shown above.