As excitement builds for the opening of Pandora – The World of Avatar in summer 2017, I’m delighted to announce a new limited edition pin collection is coming to Disney’s Animal Kingdom Park starting March 2. This item is the first of many new unique merchandise products coming as part of Pandora that will immerse Guests in their in-park experience like never before and connect them to this exotic new land. I caught up with Erin Herbst, merchandiser for Disney Pins, to learn more about this countdown collection.

“With the addition of this new land to Disney’s Animal Kingdom, we wanted a way to continue the excitement leading up to the grand opening,” explained Erin. “This countdown pin collection features the beautiful travel posters created by Alpha Centauri Expeditions, the exclusive provider of tours to Pandora. We thought guests would love collecting these posters as they prepare to journey to another world.” 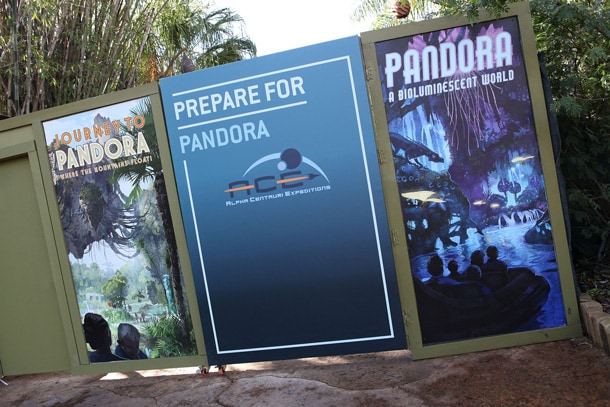 Artist Dylan Cole designed the travel posters which inspired this pin collection. Attendees may recall getting a first look at the travel posters during the D23 Expo in 2015. Dylan provided design work on Disney’s “Maleficent,” and is currently Co-Production Designer for the upcoming “Avatar” motion picture sequels. 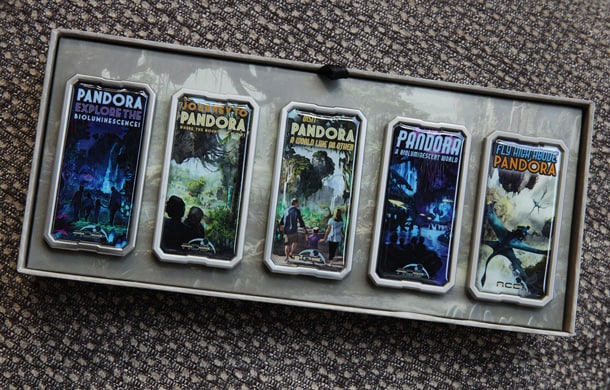 The final two pins in this collection, called “Completer pins,” will only be found in the five-pin boxed set containing all five travel posters. The boxed set will have an edition size of 250, and will be released during the opening of this new land on May 27.

There will be a purchase limit of two limited edition pins, per style, per guest, per release. These pins will not be available via Shop Disney Parks app or the Disney Parks online store.

Stay tuned to DisneyParksBlog.com in the coming months for additional looks at new merchandise created especially for Pandora – The World of Avatar!