The beautiful Walt Disney Grand Theatre at Shanghai Disney Resort played host to the Chinese premiere of Disney’s “Beauty and the Beast” this past weekend, drawing fans from across the country for a glimpse at the tale as old as time and the stars who brought it back to the big screen. Located in the heart of Disneytown, this 1,200-seat theater is also home to the first-ever Mandarin production of the Broadway hit Disney’s THE LION KING, one of the longest-running Broadway shows in China.

While in town for the premiere, the stars of the new hit film – including Emma Watson as Belle, Dan Stevens as the Beast, Luke Evans as Gaston, Josh Gad as Lefou and director Bill Condon – couldn’t resist a glimpse at the fairytales just steps away in Shanghai Disneyland. 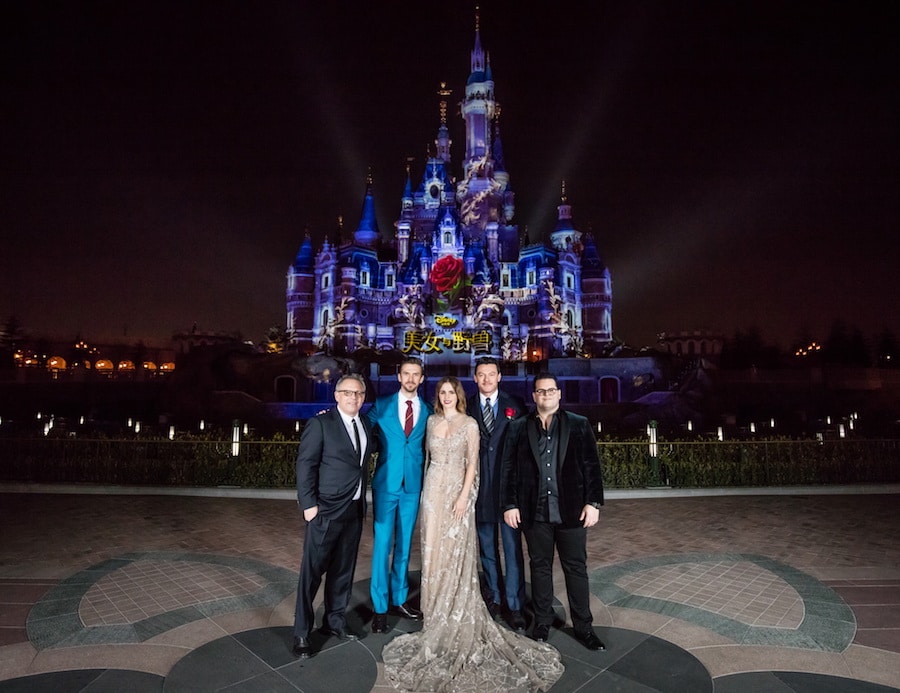 If you haven’t already, stop in for a sneak peek of the new film at One Man’s Dream at Disney’s Hollywood Studios or in the Sunset Showcase Theater at Disney California Adventure park. This special 8-minute preview will be available through March 26 – and did we mention the collection of props and costumes on display used in the film’s production?

A host of limited-time experiences have also arrived at Disneyland park, including the transformation of Village Haus Restaurant into Red Rose Taverne, special merchandise gracing the shelves of Royal Reception and appearances by Gaston himself.