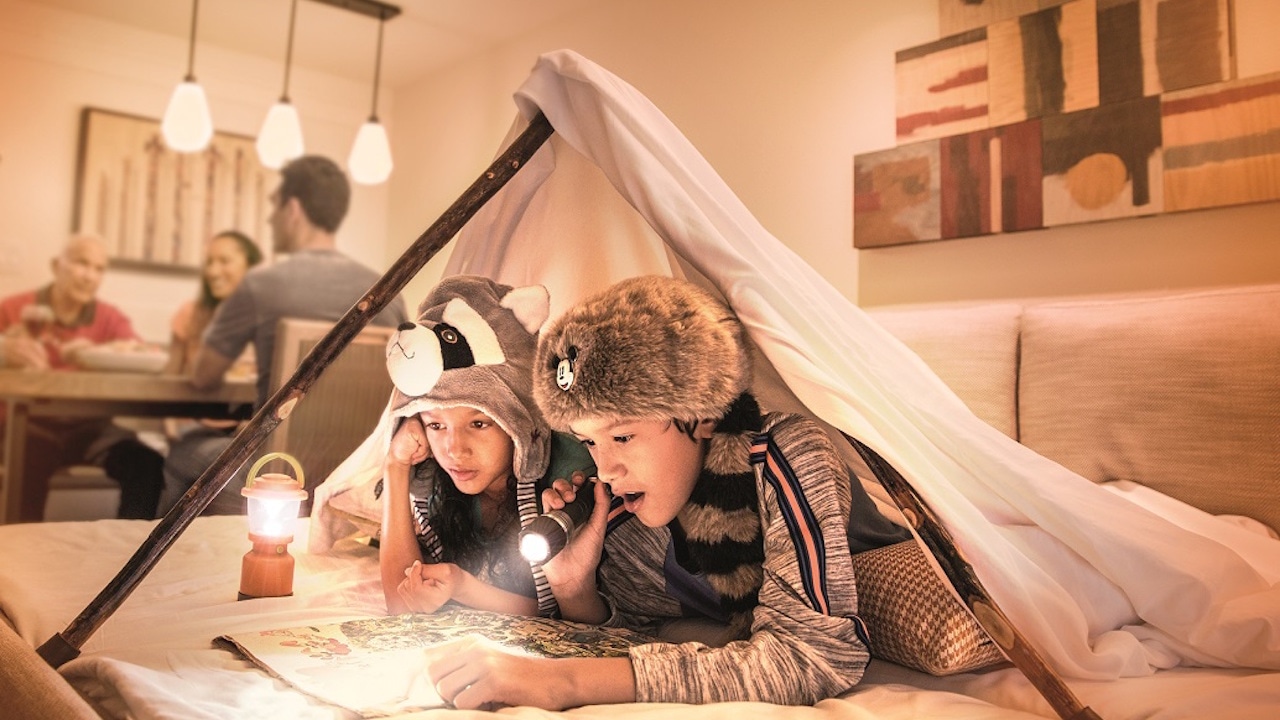 Disney’s Wilderness Lodge pays tribute to the grand 19th century vacation lodges established along the First Transcontinental Railroad through the Pacific Northwest, while Boulder Ridge Villas draw inspiration from the residential communities that grew along those rails.

Copper Creek Villas & Cabins pick up that story decades later, as more Americans opted to travel by car and plane. Unwilling to allow their communities to disappear with the railroad, Westerners resourcefully turned those “rails into trails,” repurposing industrial buildings, rock quarries and more as they reimagined spaces to welcome new generations of explorers.

That spirit of reinvention and renewal is evident throughout the latest additions to Disney’s Wilderness Lodge, from railroad-depot-turned-waterfront-restaurant Geyser Point Bar & Grill (now open) to abandoned-quarry-turned-pool-area Boulder Ridge Cove (scheduled to open this summer). Copper Creek Villas themselves repurpose everything from salvaged steel to railroad spikes as part of the transformation and refinement of former hotel rooms – reimagined as Deluxe Studios, one-bedroom villas, two-bedroom villas and three-bedroom Grand Villas, while rustically elegant Cascade Cabins re-imagine vacated lakeshore homes said to have once housed the railway company’s supervisors, site managers and VIPs.