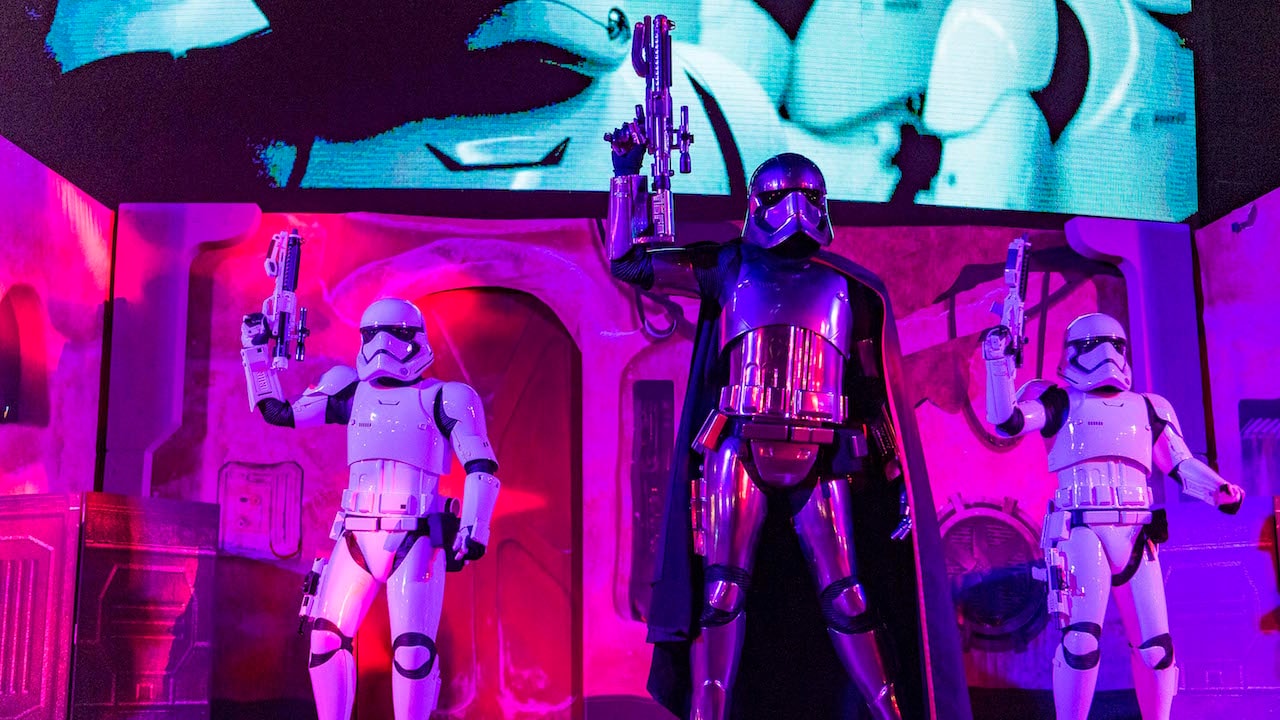 Star Wars Day at Sea is currently making waves with select sailings through April aboard the Disney Fantasy, and guests are having a blast! From the youngest Padawan to the most knowledgeable Jedi, the unparalleled adventures that await you on this epic day at sea are endless.

Check out this video showcasing the adventures taking place during this hyperspace gala at sea, which we recently announced will return on select Disney Fantasy sailings from January to April 2018:

Whether it’s the sounds of the ship’s horns blaring “The Imperial March” sending chills down your spine or learning to be one with the Force with Jedi Training, there are out-of-this-galaxy experiences for every Jedi, Sith Lord and Rebel alike. Here are some of my Force-filled favorites: 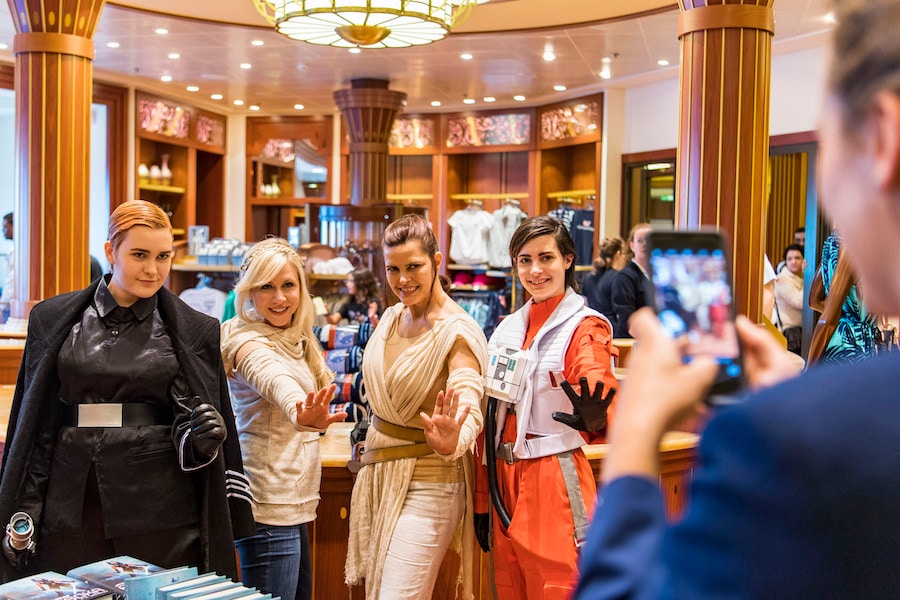 5. Discover how the galaxy is brought to life
You can get a behind-the-scenes look at the Star Wars saga with a special lineup of guest speakers. These insiders share their experiences on being a part of the saga that has created an unfathomed fandom over the last four decades. 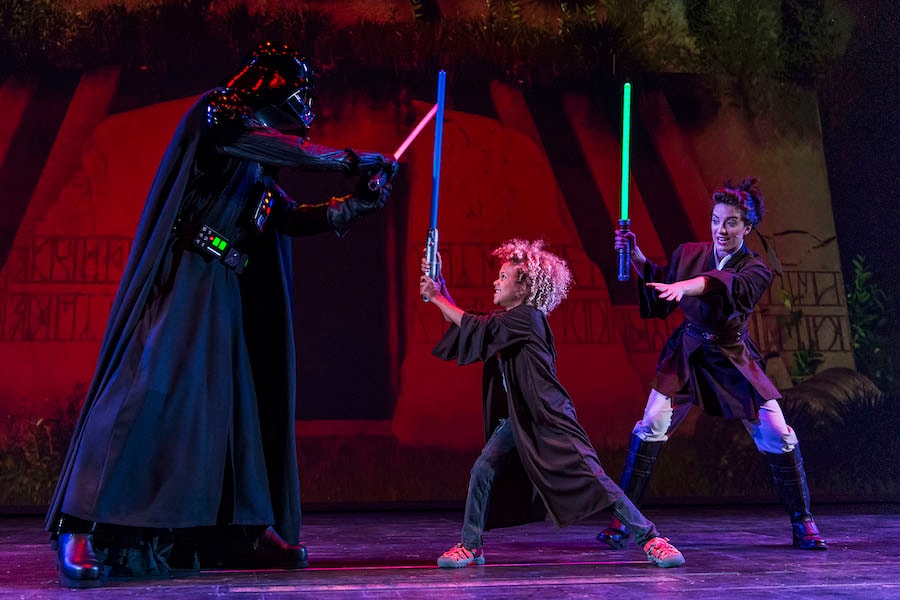 4. Learn the ways of the Jedi
Jedi in-the-making can learn to harness the power of the Force in “Jedi Training: Trials of the Temple.” Then aspiring little ones face off against Sith Lord, Darth Vader and lethal Jedi hunter, the Seventh Sister, in an action-packed finale. 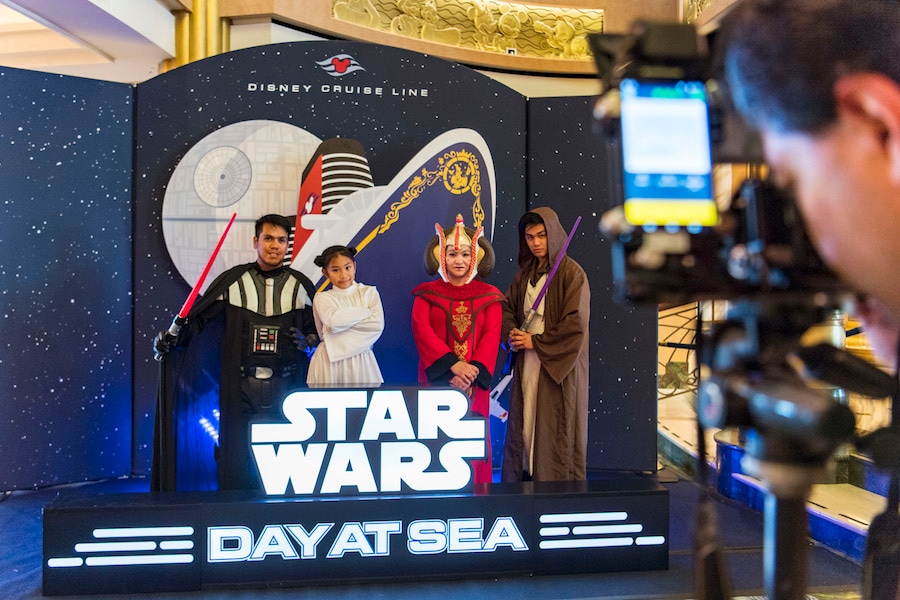 3. Choose a side
Whether you’re six or 106, you can dress up in a Star Wars-inspired costume or cosplay to celebrate the legendary saga through the day. So go ahead, put on your Star Wars finest and gather in the atrium lobby for a special gathering of epic proportions. 2. Become one with the force
Encounter your favorite Star Wars characters from across the galaxy with visits from the dark side by Darth Vader, Kylo Ren, Captain Phasma and Stormtroppers, as well as friends coming in from the light side including Chewbacca, C-3PO, R2-D2, Ezra and Sabine. 1. Join the intergalactic party of the year
The ship jumps to light-speed in “Summon the Force,” where iconic Star Wars characters take the stage for a celebration of the Greatest Saga Ever Told. Get ready to feel the Force because this deck party ends in a blast!

The epic adventures don’t stop there, from specialty Star Wars-themed beverages, snacks and dinners items to screenings of all the Star Wars saga films, there is a galaxy of experiences awaiting you aboard Star Wars Day at Sea.