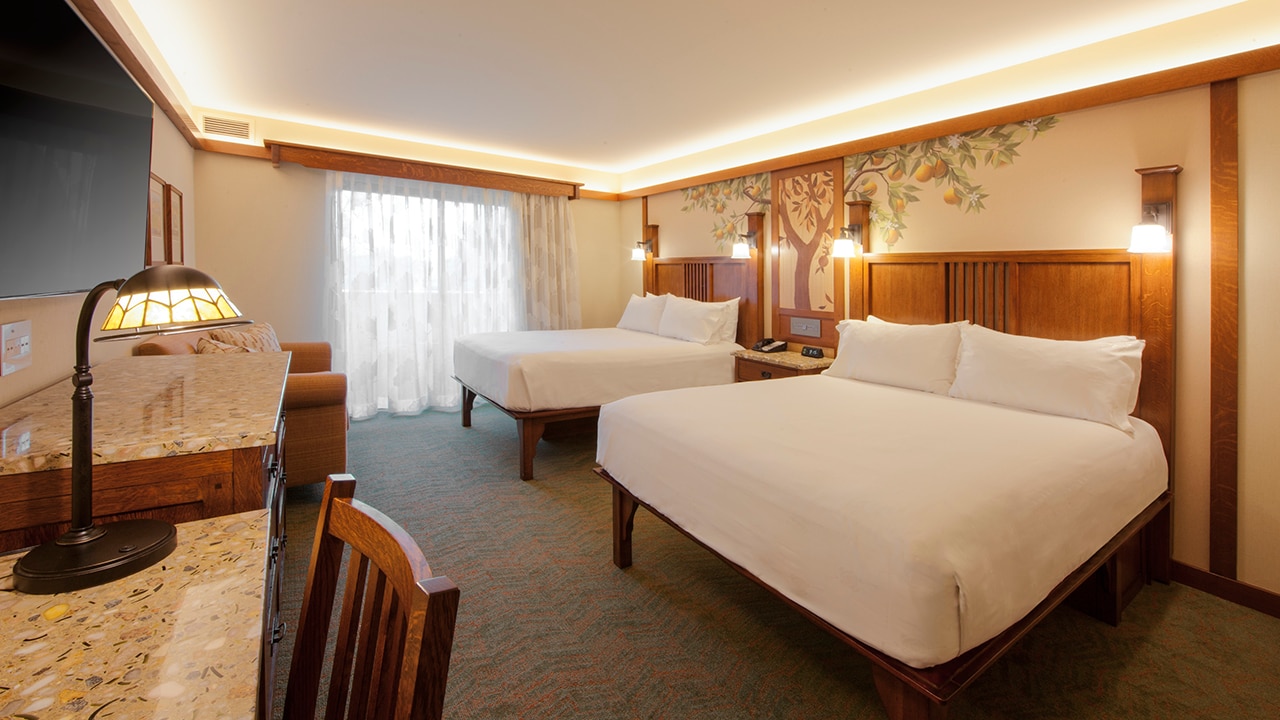 Today, I am pleased to share details surrounding the exciting renovation currently underway at Disney’s Grand Californian Hotel & Spa at the Disneyland Resort! The most extensive refurbishment since its opening, Walt Disney Imagineering has developed an impressive plan that not only elevates the premium hotel experience, but also brings a modern approach to the Arts & Crafts design style. The hotel-wide refresh will include reimagining all guest rooms, pool areas and the concierge-level Craftsman Club as well as new furniture for the lobby.

Recently named a AAA Four Diamond hotel by the Automobile Club of Southern California for the sixteenth year in a row, Disney’s Grand Californian Hotel & Spa opened in 2001 as a deluxe retreat capturing the romantic spirit of California’s Arts & Crafts movement in the early 20th century. 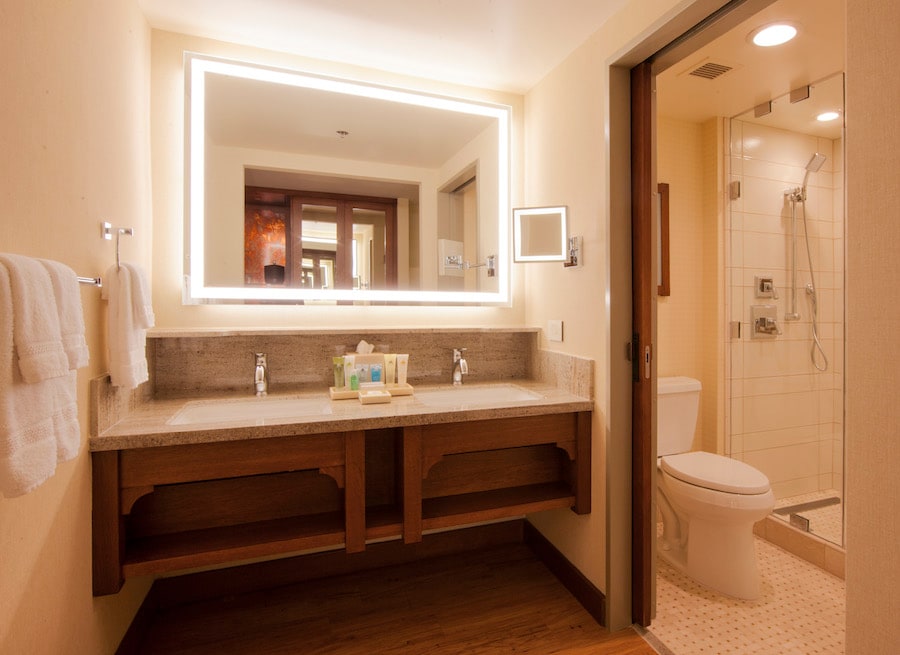 For our first sneak peek, here’s a closer look at the enhancements to the guest rooms:

Guest rooms will be completely redesigned to create a fresh sense of luxury. Every single element will be new—from the floors and walls to the furnishings, beddings and linens as well as upgraded bathrooms. Upon entry, you’ll notice hardwood flooring transition into soft, bright-toned carpeting. The room decor is a contemporary take on the Arts & Crafts style featuring all-new furniture made of natural oak, specially designed for each room, as well as California-inspired artwork created by artists and Imagineers, including beautiful headboard walls with wood inlay designs featuring orange trees and Chip ‘n Dale! Guests with a sharp eye will catch other uniquely Disney details throughout these newly refreshed rooms.

Refurbishments are well underway at Disney’s Grand Californian Hotel & Spa and guests will begin enjoying the first phase of refreshed guest rooms soon. The multi-phase roll-out is expected to be completed by the end of 2017. Stay tuned for more updates and progress on the other hotel elements on the Disney Parks Blog!