A delightful new apparel and accessories collection called The Dress Shop is coming to Walt Disney World at the end of March. Created by Disney Parks Merchandise, this whimsical collection is filled with nostalgia that fans of Disney Parks will love. I recently spoke with merchandiser Donna Sorrow about designing this new collection. 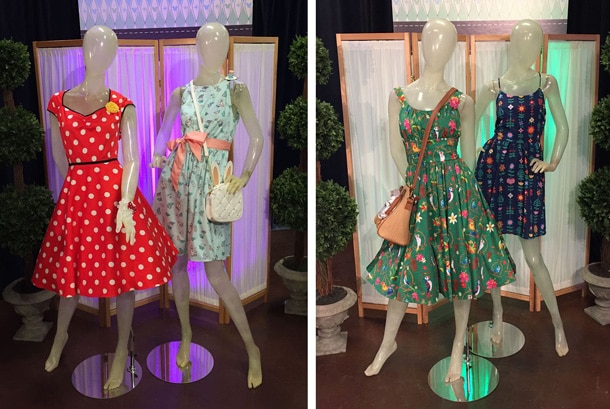 “We designed The Dress Shop collection for guests who want to emulate their favorite Disney characters or theme park attractions in a fun, retro way,” explained Donna. “These items aren’t costumes, rather the collection contains perfect outfits for guests who have a passion for Disney style.” 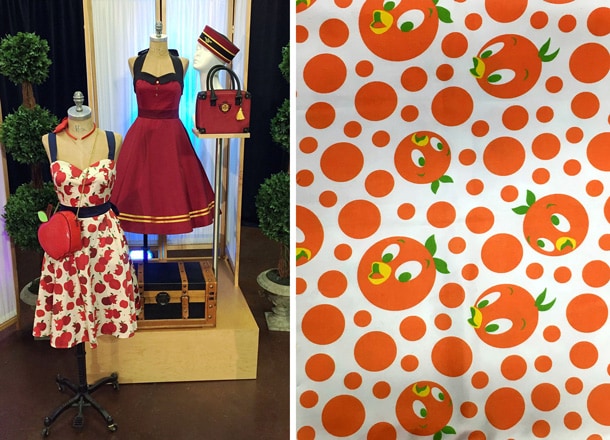 In development for a little over a year, The Dress Shop collection drew inspiration from popular nostalgic design trends. The design team also considered guest feedback about beloved Disney attractions.

“The dress styles are classic in design and contain incredible little details,” continued Donna. “Yet all the styles have modern fits which make them wonderful outfits to wear when visiting Disney Parks.”

Outfits include nods to Disney attractions such as Walt Disney’s Enchanted Tiki Room, “it’s a small world,” The Haunted Mansion, and the Twilight Zone Tower of Terror at Disney’s Hollywood Studios.

Matching accessories, such as handbags resembling an apple, the White Rabbit, or a Hollywood Tower Hotel suitcase, will also be released. 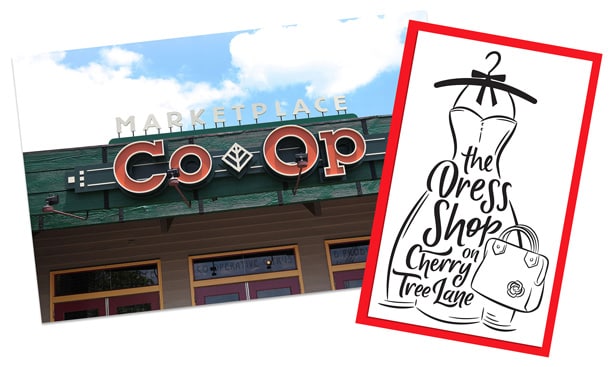 Guests can view the entire collection when The Dress Shop on Cherry Tree Lane opens inside the accessories boutique at the Marketplace Co-Op in Disney Springs on March 31. We’ll have special activities that day and throughout the weekend to celebrate the new addition including a trunk show of vintage-inspired apparel.

Select items from this collection will also be released on March 31 at Vault 28 in Downtown Disney District at Disneyland Resort. There will be a limited time offering of select items from the new collection beginning mid-April in Magic Kingdom Park at Walt Disney World Resort.

This collection will not be available via the Shop Disney Parks app or Disney Parks online store at time of launch.