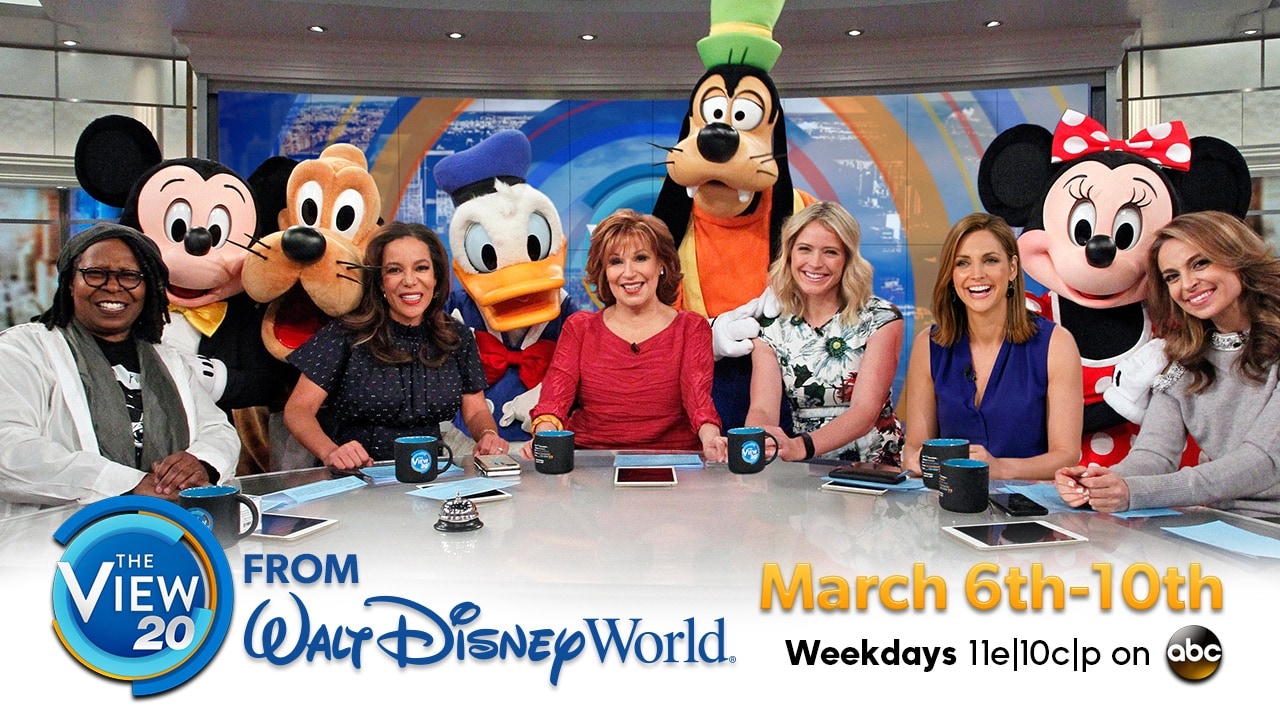 To get ready for their trip to Walt Disney World Resort, ”The View” co-hosts Sara Haines, Jedediah Bila and Sunny Hostin recently visited the Parks for a little bit of work and a lot of fun. (Check out this exclusive behind the scenes video below.)

Scheduled guests for the week of March 6 – March 10 are as follows (subject to change):